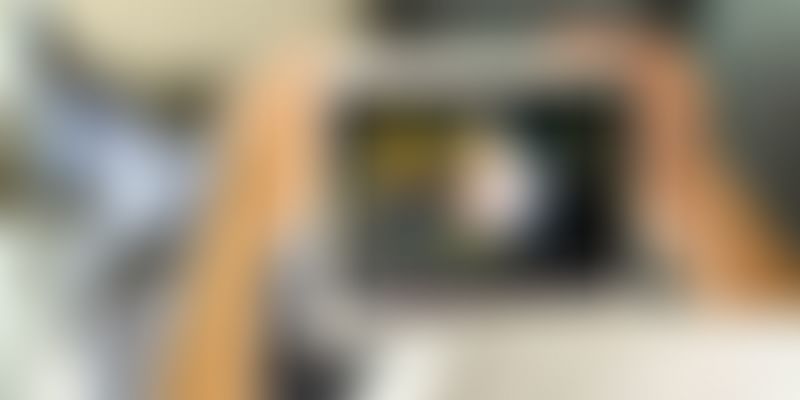 Coronavirus has led to major shifts in India’s media and entertainment sector. OTT and online gaming are soaring, while out-of-home entertainment is reeling under the effects of social distancing.

The COVID-19 outbreak and the nationwide lockdown have had a pronounced impact across industries. Besides stalling economic activity and lowering consumption, the pandemic has also led to behavioural and lifestyle changes in people.

The way we live, play, work, and spend stands to be altered forever.

One of the most impacted sectors has been media and entertainment (M&E). A heavily ad-dependent industry, it could have been wiped out, if not for new and emerging media platforms and shifting consumption patterns.

“There has been a perceptible increase in media consumption during the last few weeks as people have remained homebound,” KPMG states in a study.

But, monetisation is a challenge because the sector derives a lion’s share of its revenues from the advertising spends of FMCG, financial services, automotive, ecommerce, and real estate companies, which are reeling from the recessionary impact of the pandemic.

On the contrary, subscription revenues in sub-segments like OTT, online gaming, and digital media are rising as consumers scout for quality content while at home.

“There could be a shifting of priorities as we progress to a new normal; the balance between work and family, wealth and well being might be re-evaluated with leisure — of which media and entertainment is a large part — playing a greater role in our lives.”

Interestingly, while at-home entertainment is picking up, outdoor consumption models like films, events, and theme parks are witnessing “a dramatic fall” due to the social distancing norms in place.

YourStory takes a closer look at the pandemic’s impact on India’s M&E sector.

One of the biggest gainers of the lockdown has been OTT or video-streaming platforms. There has been a “secular rise in OTT consumption in duration across demographics and devices” as people scout for stay-at-home entertainment options.

YouTube, which already enjoys widespread popularity in India, has seen a 20.5 percent surge in subscribers in the country. It has garnered over 300 billion views in the first quarter of 2020, growing 13 percent since the fourth quarter of 2019, according to a joint study by Mindshare India and Vidooly (video analytics platform).

More than two-thirds of YouTube viewership came from millennials in the 18-to-34 age bracket, which remains the most active group on the platform. And, over 90 percent of video views came through mobile devices, indicating behavioural shifts in media consumption.

Subrat Kar, Co-founder and CEO, Vidooly, says, “The worldwide lockdown has resulted in significant shifts in audience behaviour, specifically in terms of online content consumption. In such a scenario, retention rate and watch time of videos will be the key metrics to filter and identify the best performing channels.”

In fact, YouTube and video-streaming giant Netflix topped global app spends in Q1 2020, according to App Annie. Netflix also saw a surge in stock price and subscriber additions as a “locked-down” audience turned to the platform in the absence of other entertainment options.

Netflix gained further from the widespread closures of movie theatres and cineplexes. That led to top film studios offloading their unreleased titles on the video-streaming platform, allowing Netflix to premier new titles almost every week.

In Q1 2020, viewers were also treated to Disney+ content with the service finally rolling out in India through Hotstar (which it acquired in 2019).

A few OTT platforms are even offering extended free periods to drive subscriptions in the wake of the coronavirus crisis. Overall digital subscription revenues are likely to see an upswing, gaining from the “habit formation” that is happening now.

Popular video-led social platforms like Facebook and Instagram have recorded significant spikes in content consumption. The time spent by an average user has grown to four hours per day, compared to the earlier 1.5 hours.

The top gainer in terms of downloads has been TikTok. The viral short-form video creation app was the most downloaded across iOS and Android in Q1 2020, with usage peaking in March, App Annie reveals in a study.

After a blockbuster year in 2019, even online gaming continues to grow. It has grown 12 percent in the lockdown, says the All India Gaming Federation (AIGF).

“Online skill gaming hasn’t seen any adverse impact since players are participating digitally unlike in physical gaming. Online card games and digital e-sports have seen a higher uptick in the past few weeks as people look for ways to pass time indoors. The volume of data going towards online gaming is also growing, and will continue to grow if this situation persists.”

Out-of-home or outdoor entertainment options like films, events, theme parks, and so on are staring at a prolonged recovery cycle post COVID-19.

This is due to the “risk aversion” that consumers will have towards large public gatherings, especially in COVID-19 hotspots, which includes some major entertainment hubs like Mumbai and Delhi.

KPMG also believes that the film box office is headed for a “disaster”.

Not only will COVID-19 slow down expansion of theatrical chains, it will also lead to shutting down of several outlets as rental costs start pinching the bottomline. Footfalls could take a while (up to 12 weeks) to return to normalcy, according to analysts.

However, on the positive side, the out-of-home industry is likely to see rapid innovation in entertainment delivery models. “There will be an increasing amount of reliance on AI and ML to predict consumer behaviour in these times,” KPMG says.

Online ticketing majors, whose revenues hinge on outdoor events, are trying to adapt to the new normal. BookMyShow, for instance, recently launched Live From HQ, a new series which brings live entertainment to people’s living rooms.

These are live-streamed events across comedy, theatre, spoken word, dance, music, etc, featuring India’s leading artists, bands and performers. The shows can be viewed on Instagram Live, after registrations on the BookMyShow app at a nominal fee.

COVID-19 is posing stiff challenges for traditional media like TV and print. It is likely to continue in the near-to-medium term, analysts say.

While TV viewing has increased with more people at home, the dearth of fresh content — because of stalled production activity and studio shutdowns — has put the brakes on revenue generation. Barring news channels, most broadcasters have resorted to re-runs of past shows. Sadly, re-runs don’t fetch a penny.

Drastic cuts in ad spends of large companies have severely dented revenues of traditional media. Even government advertising has taken a hit post the pandemic.

With consumers curbing their discretionary spending, and pay cuts hitting their purchasing power, advertising will be futile now. Many users have taken to social media to talk about giving up their newspaper subscriptions since the lockdown began.

Experts believe that these ad-spend pressures will linger on the back of a weak economy and dipping domestic consumption.

Though print media could show signs of recovery with circulation picking up after the lifting of restrictions, ad monetisation will remain a challenge in the mid term. More investments and innovations in subscription products are likely to be made.

KPMG's Menon sums up by saying, “The COVID-19 experience is likely to result in a long-term upward shift in the integration of digital technologies into our everyday lives, with India’s ‘digital billion’ trajectory likely to accelerate materially."