2021 will be the year Urbantech shines 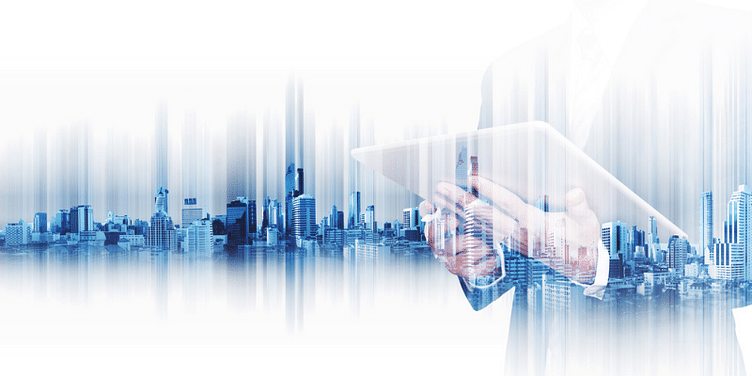 The year 2020 proved to be pivotal for technology, as companies provided essential services during the coronavirus pandemic. In such a scenario, the Indian edtech sector saw unprecedented growth as technology became a crucial cog in the education machine. In India, the sector for the first time is in the Top 3 segments with respect to funding raised.

This rapid move away from the conventional education system is in line with the tectonic shift across sectors as startups are actively building tech-enabled systems catering to a post-covid world.

To that end, as India unlocks, urban technology is expected to exponentially grow in the wake of COVID-19, as technology stands at the forefront of building and upgrading smarter, more sustainable urban centers. 2021 will be the year urbantech breaks out in India

We define urban technology solutions as technology that enables an urban center to be smarter, more sustainable, and more responsive. Urbantech therefore comprises a suite of technologies that can be segmented into verticals such as mobility, real estate, energy, and governance.

We believe global and particularly Indian investors’ interest in startups focused on solving problems in urban spaces will reach all-time highs in the next three years.

As the breadth and scope of these problems increase, more Indian startups will emerge with data-driven systems and disruptive technologies at their core. Further, a host of regulatory tailwinds which include the pivotal Smart Cities Mission are set to accelerate startup growth in the sector

Future of Work 2020: UrbanTech is the equaliser easing people’s lives

The case for urbantech in India

In 2010, China’s urban-dwelling population surpassed its rural population, marking a monumental demographic milestone in the country’s history. China is currently home to six megacities, with another three urban areas on the way to achieving that status. India, which currently has 53 cities with a million-plus population is on a similar trajectory.

By 2030, cities in India are estimated to house close to 40 percent of India's population, and contribute to 70 percent of the country’s GDP. To plan for this India of tomorrow, central and state governments have prioritised the development of data-centric smart cities.

The Smart Cities Mission is an initiative by the Government of India to drive economic growth and improve quality of life by enabling local development and harnessing technology as a means to create smart outcomes for citizens.

COVID-19 has affected almost the entire world, causing widespread disruptions in economies and urban development, with India being no exception. The mission to develop 100 smart cities in India however, has seen an upturn in the post lockdown months as the funds utilisation has almost doubled.

The Ministry of Housing and Urban Affairs (MoHUA) created an economic assessment framework for cities to gauge their performance based on - liveability, economic-ability, and sustainability. All of these frameworks are looking at collecting data for cities to move towards evidence-based planning and data-driven self assessment and management for better planning. The technology requirements needed for this level of data capture are intensive thereby providing great opportunities for startups to step in.

Over the years an area of focus within smart cities for the Indian government has been mobility. India adopted the Faster Adoption and Manufacturing of Electric Vehicles (FAME) scheme in 2015 with an outlay of INR 8.95 billion ($130 Million), which provided subsidies for electric 2- and 3-wheelers, hybrid and e-cars and buses. The scaled up FAME II, effective from April 2019 (for a period of three years), has approximately 10x the outlay of FAME at INR 100 billion ($1.4 billion). The funds have been earmarked for:

Such initiatives enable a regulatory environment in which new technologies and business models can thrive through public private partnership and support. Early examples include CityCash, a transit focused payments startup that is working with the Maharashtra State Road Transport Corporation to create a digital micropayments ecosystem to plug revenue leakages. Further the startup is also planning to work with Bangalore Metropolitan Transport Corporation to offer contactless ticketing services.

Corporate activity has seen a major uptick in these verticals, as well providing startups collaboration opportunities to tackle such large scale projects.

Considering India ranks third in drawing investments for startups in the urbantech ecosystem, there’s no doubt that startups will continue to innovate and create in a sector that is increasing in size with great velocity.

According to Tracxn, the total funding for Indian urbantech startups is $5.08 billion, with 2019 alone accounting for $1.47 billion (~30 percent of the total funding). The year 2020 witnessed a drop in funding by 67 percent due to the pandemic, and will be the outlier year. As work picks up in the urbantech space, so will investor momentum, and this indicates a blockbuster set of years ahead for urbantech investment

Some sectors within urbantech have seen a rapid uptick in investment, with $1.5 billion going towards startups solving for the built environment. Other sectors such as mobility (specifically in the EV space) are now gaining traction with a staggering 1277 percent growth in investment from 2017 to 2018 alone.

Venture Capital is about sourcing and backing innovative startups that solve big problems in large markets. With COVID-19 acting as an accelerant for tech adoption across what were once laggard industries, and a strong governmental push, expect 2021 to be the year of urbantech.