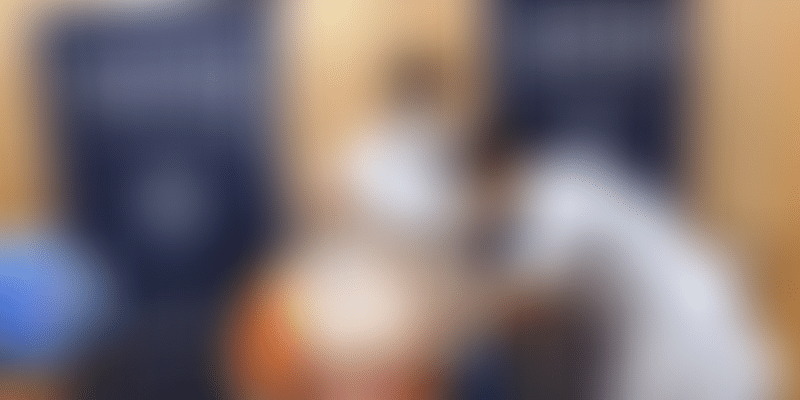 YourStory presents this daily roundup of the latest startup news and updates from the Indian startup ecosystem and beyond. Here's the roundup for Thursday, April 8, 2021.

ShareChat — the Indian language social media platform's parent company Mohalla Tech, which also houses short video app Moj — on Thursday said it raised $502 million in its latest round led by Lightspeed Ventures and Tiger Global, along with participation from Snap Inc, Twitter, and India Quotient, among others. With this round, the Indic language social media startup has now become a unicorn, valued at $2.1 billion.

Gupshup turns unicorn after raising $100M from Tiger Global at $1.4B valuation (Funding)

Gupshup﻿, the Silicon Valley-headquartered conversational messaging tech startup co-founded by IIT-Bombay alumni Beerud Sheth, has raised $100 million in funding from Tiger Global at a valuation of $1.4 billion, and entering the growing unicorn club. Gupshup's last funding round was in 2011, and the startup, which has India as one of its major markets, closed 2020 with an annual revenue rate of around $150 million.

BYJU's has announced the global launch of online live one-on-one learning platform, ‘BYJU’S Future School,’ which will be a sub-brand under BYJU'S. With this, WhiteHat Jr and BYJU'S integration comes to the fore. "The integration was done this Wednesday, and it will be the first full year of integrating both learning methods - live classes (WhiteHatJr coding classes) and offline classes," said Byju Raveendran, Founder, BYJU's, in an exclusive interaction with YourStory.

Amazon India has digitally transformed 2.5 million micro, small and medium enterprises (MSMEs), enabled exports worth $3 billion, and created one million jobs till date, the company said in a blog. The company has also added 300,000 direct and indirect jobs in India, and added 250,000 new sellers since January 2020. Today, more than 2.5 million MSMEs work with Amazon﻿, including sellers, artisans and weavers, delivery and logistics services, etc.

In a move aimed at boosting the adoption of digital payments in the country, the Reserve Bank of India (RBI) upped the end of day balance for payment banks to Rs 2 lakh from Rs 1 lakh. This decision could help payments banks — which are essentially electronic bank accounts that allow only savings deposits and not fixed or recurring deposits — cater to more people in the country, as well as help them access many other financial products they offer such as insurance, wealth management, etc.

Kalyan Jewellers on Thursday said it has witnessed a robust increase in consumer demand and seen revenue growth of nearly 60 percent in its India operations in the fourth quarter ended on March 31, 2021. In Q4 FY21, the company witnessed a robust increase in consumer demand, resulting in revenue growth of about 60 percent for its India operations, as compared to the same quarter in the prior year, Kalyan Jewellers said in a quarterly update.

Gurugram-based online used car retailing platform, Spinny, on Thursday announced that it has raised $ 65 million in Series C round led by silicon valley based venture capital firm, General Catalyst - early backers of Airbnb, Stripe, Snapchat, Vroom, Cazoo, etc. Other new investors in the round include Feroz Dewan’s Arena Holdings, and Think Investments. In addition to these, the round also saw participation from existing investors Elevation Capital, the Fundamentum Partnership, and others.

Small business lending platform U GRO Capital on Thursday announced the launch of GRO Smart Business credit card powered by RuPay, along with EnKash in partnership with SBM Bank India for the micro, small and medium enterprises (MSMEs). These credit cards have been specially designed for MSMEs and will help them receive additional credit facility, as well as other benefits from SMB Bank India, including a fixed deposit scheme.

During a Union Cabinet meeting on Wednesday, the government approved a production linked incentive (PLI) scheme for white goods - Air Conditioners (ACs) and LED Lights - with a budgetary outlay of Rs 6,238 crore. The meeting was chaired by Prime Minister Narendra Modi. Commerce and Industry Minister Piyush Goyal said the approval of the scheme for ACs and LEDs will give a boost to domestic manufacturing.

The initial public offer of Macrotech Developers was subscribed 26 percent on the first day of subscription on Wednesday. The issue received bids for 95,91,420 shares against 3,64,18,219 shares on offer, as per NSE data. The category for qualified institutional buyers was subscribed 58 percent, non institutional investors 11 percent and retail individual investors 15 percent.

Put in place policy to refund 'interest on interest' charged during moratorium: RBI to banks

The RBI on Wednesday asked banks and NBFCs to immediately put in place a board-approved policy to refund/adjust the 'interest on interest' charged to the borrowers during the six-month moratorium, in conformity with the Supreme Court judgement last month. As part of the COVID-19 regulatory package, the RBI had allowed lending institutions to grant a moratorium on payment of instalments of term loans falling due between March 1 and May 31 of last year. The moratorium was extended by three months till August 31.

Prime Minister Narendra Modi on Thursday took second dose of COVID-19 vaccine at AIIMS here, and asked those eligible for the shot to take it soon to defeat the virus. He had taken his first jab on March 1 at the hospital. Tweeting a photo of his vaccination, the Prime Minister said a COVID shot was among the few ways to defeat the virus. PM Modi was seen wearing a face mask this time as he took the shot unlike the previous time.

Prime Minister Narendra Modi on Sunday reviewed the COVID-19 situation and vaccination exercise in the country amid an "alarming rate of growth" in infections and deaths, with 10 states contributing to more than 91 percent of them. Modi said the five-fold strategy of testing, tracing, treatment, COVID-appropriate behaviour, and vaccination if implemented with utmost seriousness and commitment would be effective in curbing the pandemic's spread, according to an official statement.

India's debt to GDP ratio increased from 74 percent to 90 percent during the COVID-19 pandemic, the International Monetary Fund has said, noting that it expects this to drop down to 80 percent as a result of the country's economic recovery. Paolo Mauro, Deputy Director, IMF's Fiscal Affairs Department, told reporters at a news conference on Wednesday, "In the case of India, the debt ratio at the end of 2019, prior to the pandemic, was 74 percent of Gross Domestic Product (GDP), and at the end of 2020, it is almost 90 percent of GDP. So, that's a very large increase, but it is something that other emerging markets and advanced economies have experienced as well."

IT spending in India is projected to total $93 billion in 2021, an increase of 7.3 percent from 2020, according to research firm Gartner. The growth in India will be lower than the global average, as worldwide IT spending is projected to total $4.1 trillion in 2021, clocking an increase of 8.4 percent from 2020, Gartner said in a statement. The source of funds for new digital business initiatives will more frequently come from business departments outside IT and charged as a cost of revenue or cost of goods sold (COGS), it added.

Mobile manufacturers shortlisted under a production linked incentive scheme invested Rs 1,300 crore and produced goods worth around Rs 35,000 crore in the 2020 December quarter, the ministry of commerce and industries said on Wednesday. The Production Linked Incentive (PLI) Scheme for large-scale electronics manufacturing was notified on April 1, 2020, under which there will be an incentive of 4-6 percent on incremental sales for a period of five years subsequent to the base year.

Superpro.ai, a Bengaluru-based video communication workflows platform, on Thursday announced that it has raised $300,000 as part of its Seed round led by IvyCap Ventures Angel Fund.  The funding round also saw the participation of Penthalon Ventures, ah! Ventures and Superpro.ai’s existing investor SOSV. Besides, angel investors including Piyush Prahladka (ex-Google, ex-Uber), Gopi Vikranth (Associate Principal at ZS, ex-Mu-sigma) from the US have also participated.

Personal care D2C brand WOW Skin Science has announced that ChrysCapital, a India-focused private equity firm, will invest $50 million in the company for a significant minority stake. The transaction is a combination of a primary raise for growth initiatives, and a secondary sale by existing shareholders.