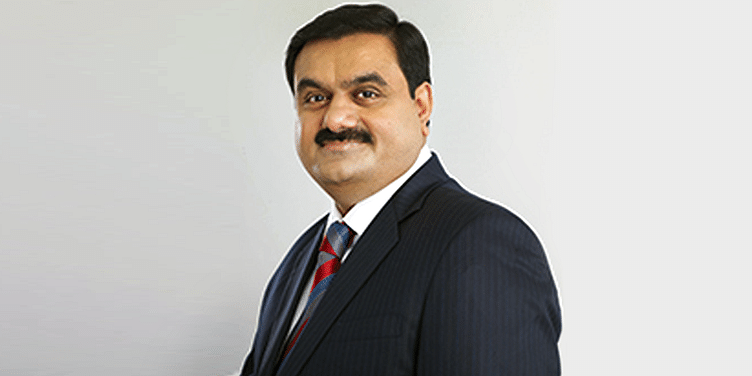 As India suffers the world's worst COVID-19 outbreak, port-to-energy conglomerate Adani Group has deployed all resources at its command — from staff and logistics to ports and airports — to secure medical oxygen and transportable cryogenic containers, as well as augment health infrastructure.

The Adani Group has already procured 48 cryogenic tanks capable of carrying 780 tonnes of liquid oxygen across the nation, a group spokesperson said.

The health ministry reported 4,187 fatalities over the past 24 hours, taking the overall death toll to just under 2.4 lakh. Cases rose by 4,01,078, bringing the nation's healthcare system to the brink of collapse, with a scarcity of hospital beds, medicines, and oxygen.

The Adani Group is ramping up its efforts in India's battle against the pandemic.

While some of these large cryogenic tanks were shipped in through the group's Mundra Port in Gujarat, others were airlifted into the country with the help of the Indian Air Force — which deployed its biggest transport aircraft for these time-critical operations.

These cryogenic tanks are a vital addition to the hardware India sorely needed to manage the medical oxygen requirements of patients across the country.

Even as the group continues its relentless search for more of these cryogenic tanks, the tanks imported so far are already in the service of the nation, ferrying precious liquid oxygen round-the-clock from filling centres to wherever it is needed, per distribution lists and directions from the government.

"Our rail and road logistics infrastructure is playing a critical role in the efficient last-mile delivery of these life-saving supplies. The Adani Group has also partnered with global oxygen producers like Linde and Air Products to quickly refill and despatch liquid oxygen to all corners of India by the fastest means available," said the spokesperson.

In several states and districts, the group is also refilling and distributing thousands of medical oxygen cylinders every day to augment and fill gaps in the local oxygen supply chain.

In Gujarat, where the Adani Group is headquartered, the group has intensified its focus on the provision of direct medical care. To reduce the systemic overload on Ahmedabad's hospital infrastructure, the Adani Foundation has converted the Adani Vidya Mandir school into an emergency COVID Care Centre with oxygen support and catered food.

Equipped with doctors, nurses, paramedics, and support staff, this first-responder care facility is housing infected and moderately ill COVID patients. Isolating patients when they are at their most infectious will also help to break the chain of infection and significantly curtail the spread of the disease.

In Kutch, the battle against COVID is being led from Bhuj by the GAIMS (Gujarat Adani Institute of Medical Sciences), the principal medical facility serving this remote part of western India. The Adani Foundation has upgraded and converted GAIMS into a 100 percent COVID hospital, with all its 800 beds equipped with oxygen support.

"This hospital has become a medical oasis for the thousands of people in Kutch and its neighbouring districts. We have installed three oxygen plants, and a fourth one would be available soon. This is in addition to liquid oxygen supplies being provided by the Adani Group," said Vasant Gadhvi, Director, GAIMS.

"Many of our personnel have lost family members to COVID, but they have put aside their personal grief to continue working for 12 to 14 hours each day," he added.

The Adani Hospital in Mundra has been similarly upgraded into a 100 percent COVID hospital, with an additional CT-scanner installed to diagnose COVID faster. Its bed capacity has been doubled and all its beds have been converted into oxygen beds.

This hospital serves not only the people of Mundra but also the residents of 20 neighbouring villages whose medical care alternatives are limited.

Within the Adani Group's operations, all employees and their family members have been brought into the Group's free vaccination programme. The Group has also extended its vaccination drive to include the thousands of people living in and around its corporate headquarters at Shantigram in Ahmedabad.