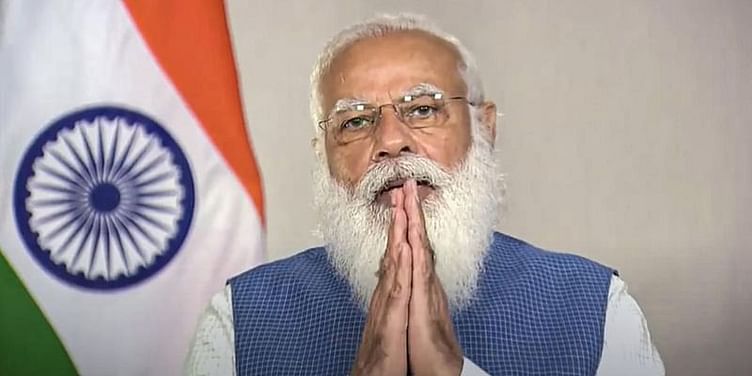 Chairing a high-level meeting, Prime Minister Narendra Modi said states should be encouraged to report their COVID-19 numbers transparently "without any pressure of high numbers showing adversely on their efforts.

Prime Minister Narendra Modi on Saturday called for augmenting healthcare resources in rural areas to focus on door-to-door testing and surveillance and asserted that localised containment strategies are the need of the hour, especially in states with high positivity rates in districts.

Chairing a high-level meeting, Modi said states should be encouraged to report their COVID-19 numbers transparently "without any pressure of high numbers showing adversely on their efforts", remarks that come amid reports that many states have been under-reporting their case and fatality tallies.

Modi also directed that a distribution plan for ensuring oxygen supply in rural areas should be worked out, including through provision of oxygen concentrators, a statement from the Prime Minister's Office (PMO) said.

Unlike the first wave of COVID-19 cases last year when rural India was not badly hit, the region has been seriously affected by the second wave in several states.

Testing needs to be scaled up further, with use of both RT-PCR and rapid tests, especially in areas with high test positivity rates, he added.

The PMO noted that testing has gone up rapidly in the country, from around 50 lakh tests per week in early March to around 1.3 crore tests per week now.

Modi was briefed about the gradually decreasing test positivity rate and increasing recovery rate, it said, adding that cases had gone over four lakh per day and are now coming down as a result of the efforts of healthcare workers, state governments and the central government.

The prime minister also took serious note of some reports about ventilators lying unutilised in storage in some states and directed that an immediate audit of installation and operation of ventilators provided by the central government be carried out.

He added that refresher training for properly operating ventilators should be provided to healthcare workers if necessary, the PMO said.