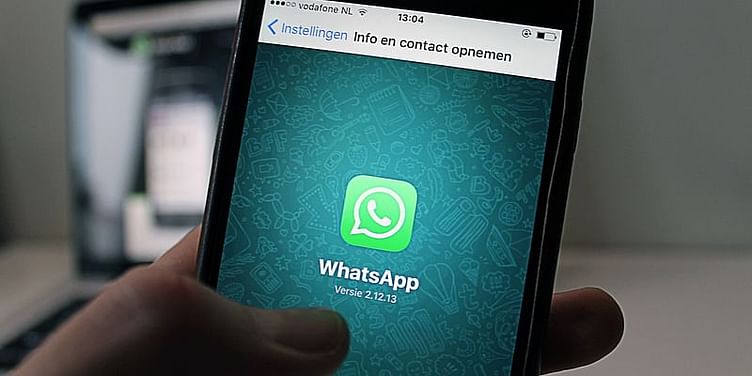 WhatsApp, on its website, said it is continuing to remind those who haven't had the chance to review and accept the terms, and after a period of several weeks, "the reminder (that) people receive will eventually become persistent".

﻿WhatsApp﻿ will not delete any account for not accepting its new privacy update, but users not agreeing to the controversial terms after "several weeks" will not be able to access their chat list, and eventually, will not be able to answer incoming phone or video calls over the app.

Last week, the Facebook-owned company had said users not accepting its privacy policy update by its May 15 deadline will not face deletion or lose functionality of their accounts on the said date.

WhatsApp, on its website, said it is continuing to remind those who haven't had the chance to review and accept the terms, and after a period of several weeks, "the reminder (that) people receive will eventually become persistent".

It, however, did not divulge the timelines set for these reminders.

Explaining the course of action after 'persistent' reminders are sent to users, WhatsApp said: At that time, you'll encounter limited functionality on WhatsApp until you accept the updates.

This will not happen to all users at the same time. You won't be able to access your chat list, but you can still answer the incoming phone and video calls. If you have notifications enabled, you can tap on them to read or respond to a message or call back a missed phone or video call, it said.

The messaging platform said after a few weeks of limited functionality, users, who still won't accept the terms, won't be able to receive incoming calls or notifications and WhatsApp will stop sending messages and calls to your phone.

WhatsApp said it won't delete the users' accounts if they haven't accepted the update but highlighted that its existing policy related to inactive users will apply.

WhatsApp accounts are generally deleted after 120 days of inactivity, wherein inactivity refers to users not connecting to the messaging platform.

While the company did not respond to specific queries around these reminders, how long they will run, and other modalities, a WhatsApp spokesperson said: We'll continue to provide reminders to those users within WhatsApp in the weeks to come.

We've spent the last several months providing more information about our update to users around the world. In that time, the majority of people who have received it have accepted the update and WhatsApp continues to grow.

"However, for those that have not yet had a chance to do so, their accounts will not be deleted or lose functionality on May 15, the spokesperson said.

WhatsApp had faced severe backlash over user concerns that data was being shared with parent company, Facebook.

The company has not clarified the reason behind the decision for easing the May 15 deadline for acceptance of the privacy policy update, nor divulged the number of users who have agreed to the terms so far.

In January this year, WhatsApp had informed users about the changes in its terms of service and public policy through an in-app notification. Users were initially given time till February 8 to agree to the new terms in order to continue using the platform.

According to WhatsApp, the key updates include more information about its service and how it processes user data; how businesses can use Facebook hosted services to store and manage their WhatsApp chats; and how WhatsApp partners with Facebook to offer integrations across the company products.

However, user backlash over WhatsApp's alleged sharing of user information with Facebook had forced the messaging platform to postpone the February deadline to May 15.

India is the biggest market for WhatsApp, and the platform -- as per government data -- has 53 crore users in the country.

India remains a critical market for Internet companies like Facebook with its large population base and burgeoning Internet adoption.

The country is the world's second-largest telecom market and the biggest consumer of data.

Following the criticism faced by WhatsApp earlier this year, the popularity of rivals like Telegram and Signal surged as users thronged to these platforms.

WhatsApp, in the past, has said it is open to answering any questions from the government on privacy and that it will continue to explain to users that their messages are end-to-end encrypted.

It had also sought to assuage user concerns through blog posts and tweets by its Global Head Will Cathcart and even full-page ads in leading dailies in India.

CredAvenue claims to be the largest co-lending platform in India