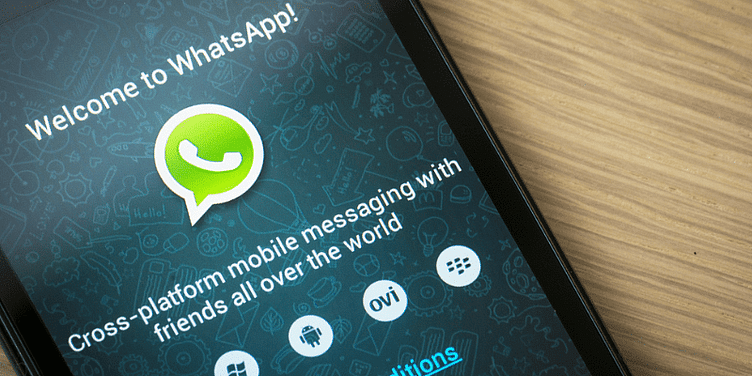 A WhatsApp spokesperson told PTI that no accounts will be deleted on May 15 for not accepting the policy update.

WhatsApp has scrapped its May 15 deadline for users to accept its controversial privacy policy update and stated that not accepting the terms will not lead to the accounts being deleted.

WhatsApp had faced severe backlash over user concerns that data was being shared with parent company Facebook.

A WhatsApp spokesperson told PTI that no accounts will be deleted on May 15 for not accepting the policy update.

"No accounts will be deleted on May 15 because of this update and no one in India will lose functionality of WhatsApp either. We will follow up with reminders to people over the next several weeks," the spokesperson said in an emailed response to a query on Friday.

The spokesperson added that while a "majority of users who have received the new terms of service have accepted them", some people have not had the chance to do so yet.

However, the company did not clarify the reason behind the decision and did not divulge the number of users who have accepted the terms so far.

In January this year, WhatsApp had informed users about the changes in its terms of service and public policy through an in-app notification. Users were initially given time till February 8 to agree to the new terms in order to continue using the platform.

According to WhatsApp, the key updates include more information about its service and how it processes user data; how businesses can use Facebook hosted services to store and manage their WhatsApp chats; and how WhatsApp partners with Facebook to offer integrations across the company products.

However, user backlash over WhatsApp's alleged sharing of user information with Facebook forced the company to postpone the February deadline to May 15.

The WhatsApp spokesperson said the company has spent the last few months working to "clear up confusion and misinformation".

"As a reminder, this update does not impact the privacy of personal messages for anyone. Our goal is to provide information about new options we are building that people will have, to message a business on WhatsApp, in the future," the spokesperson said.

The company further stated that it will take every opportunity to explain how it protects people's personal messages and private information.

The softening of stance on the deadline comes at a time when digital platforms like Facebook, Twitter, and WhatsApp have become lifelines for people looking for oxygen cylinders, hospital beds, plasma donors, and ventilators as the country reels under the deadly second wave of the COVID-19 pandemic.

India is the biggest market for WhatsApp, and the platform — as per government data — has 53 crore users in the country.

India remains a critical market for Internet companies like Facebook with its large population base and burgeoning Internet adoption.

The country is the world's second-largest telecom market and the biggest consumer of data.

Following the backlash faced by WhatsApp earlier this year, the popularity of rivals like Telegram and Signal surged as users thronged these platforms.

WhatsApp, in the past, has said it is open to answering any questions from the government on the privacy issue and that it will continue to explain to users that their messages are end-to-end encrypted.

It had also sought to assuage user concerns through blog posts and tweets by its Global Head Will Cathcart and even full-page ads in leading dailies in India.