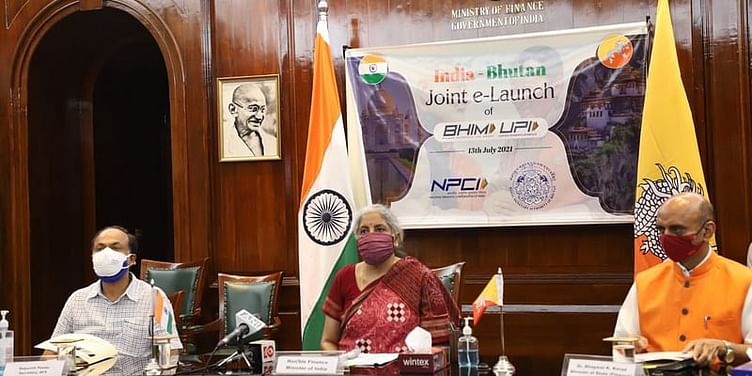 After the resounding success of Unified Payments Interface (UPI) in India, NPCI will now launch BHIM-UPI in Bhutan in collaboration with the Royal Monetary Authority of Bhutan.

As per the deal, all merchants acquired by the Royal Monetary Authority of Bhutan will accept UPI QR transactions, the National Payment Corporation of India (NPCI) said in a press release. The launch will benefit more than 2,00,000 tourists from India who travel to Bhutan each year, as well the Bhutanese people, it added.

“Our vision has always been focused on taking our robust and popular payments solutions to global markets," said Ritesh Shukla, CEO of NPCI International Payments Limited (NIPL), the international arm of NPCI, which inked the deal with Bhutan's central banking authority.

This makes Bhutan the first country to adopt UPI standards for its QR deployment. Bhutan will also become the only country to both issue and accept RuPay cards, as well as accept BHIM-UPI. Singapore also accepts BHIM-UPI at merchant sites.

The service was launched by finance minister Nirmala Sitharaman on July 13, 2021, in a virtual press conference earlier today. To demonstrate its effectiveness and speed, she initiated a live transaction using BHIM-UPI and purchased a product from a Bhutanese One Gewog One Product (OGOP) shop.

The Minister said the services were extended to Bhutan as part of India's neighbourhood-first policy, and added that there could not have been a better place to launch it because "every Indian tourist who goes to Bhutan goes with such a warm feeling to the land of happiness."

Sitharaman highlighted that UPI was one of the brightest spots for India during the pandemic last year, with nearly 22 billion transactions worth Rs 41 lakh crore being processed by the platform.

More than 100 million UPI QRs have been created in the last five years, she remarked.

"BHIM UPI is one of the achievements of India in terms of fintech in which India invested a lot. We have also encouraged our start-ups to come up with solutions. Therefore, BHIM UPI stands out as one of the very good successful experiments that we have undertaken," she added.

In 2020, UPI enabled commerce worth $457 billion, equivalent to nearly 15 percent of India's GDP, the press release stated. It has become one of the most popular payment methods in the country too, of late, overtaking debit card payments and transactions, even via wallet services.

Google Pay and PhonePe lead most of these UPI payments.

Customers appreciate UPI's instant, real-time payment system, which does not reveal details of one's bank account to the accepting party, thereby making it a safer method to use online, especially these days where data theft is becoming a common occurrence.