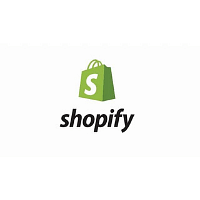 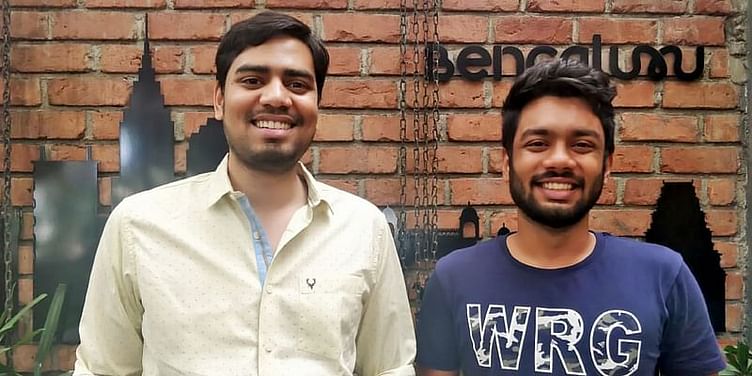 Much before they carved a niche for themselves by launching WhatsApp plugins and a unique customer support service for Shopify stores, starting a business was never a part of the plan for SuperLemon app founders Preetam Nath (27) and Sankalp Jonna (28).

For one, no one in Preetam's family had ever been an entrepreneur. In Sankalp's case, starting a business was nothing less than taboo after his great-grandfather was cheated out of his travel business by a partner.

So, what got them together and clicking to launch SuperLemon—and now DelightChat—together? Desperation, and a will to take the road less travelled. Another thing that helped them along in their entrepreneurial journey was a steady ecosystem offered by Shopify by way of technical expertise and ethical guidelines.

While SuperLemon was an app that offered WhatsApp plug-ins for Shopify stores, DelightChat is a helpdesk software for merchants on Shopify where they could answer customers' queries from different platforms like emails, Twitter, WhatsApp, Instagram and direct messages, among others.

Surprisingly, Sankalp was in a batch ahead of Preetam at Manipal Institute of Technology, but their paths didn't cross until they met at a startup where they worked after college.

As both Sankalp and Preetam weren't interested in a regular corporate job, they skipped the campus placements and decided to apply for jobs in startups.

Over a year later, they met while working at Goodbox, a conversational commerce mobile app in Bengaluru. And, soon enough the two were enjoying the hustle in a journey that was marked by constant challenges and a strong learning curve.

Armed with a host of lessons on entrepreneurship, Preetam finally left his job at Goodbox to start his business in 2017 and Sankalp followed soon after.

But, the journey ahead was anything but easy. The duo designed three products that included a QR code for scanning menus at restaurants and another tool that could convert an article into an audio file. The reasons why these products didn’t work ranged from wrong timing to the lack of a robust technological framework.

In hindsight, Sankalp thinks their failure had to do a lot with poor market research. “When we started, we thought we would build the product first and then find customers who might use it,” he recalls. “We never stopped to think if anyone was actually going to use it.”

Their unsuccessful plans made the two desperate for success. “We had quit our jobs and had launched our own venture SessionFox, but the product we designed wasn't making any progress,” Preetam says. “I heard product teams appreciating the product, but none of them were installing the software development kit. I had a gut feeling that something was wrong and the product is not likely to work."

The two sat down and decided to give entrepreneurship a third try, but this time they did the market research. It started when they heard from a friend who was building an app on Shopify, and making a monthly recurring revenue (MRR) of over $20,000 with a one-person operation. Another reason why they got attracted to Shopify’s partner ecosystem was because they could get access to an app marketplace where more than 1.7 million merchants visit regularly.

Incidentally, Preetam had tried his hand earlier at dropshipping as a Shopify merchant, so he had a basic idea of how the e-commerce platform worked. They started researching keyword combinations for two entire days. “We checked how many Shopify apps were already there for every keyword we selected. We narrowed down to those keywords where the top-rated app did not have a very high rating, but did have a high volume of app reviews," says Sankalp. They ended up randomly selecting 'WhatsApp' as a keyword and scanned the reviews on related apps.

They noticed how many people were asking for these apps to be improved, and listed all the things they'd complained about. Next, they started building the product that aimed to address these complaints.

It took them less than a week to design a WhatsApp plug-in for merchants on Shopify and help them interact with their clients via the messaging app. With Shopify's technical support, they rolled out the app in 2019.

“Shopify APIs are very extensive and have a lot of resources that make it very easy for you to build apps. They have a feature called Polaris, which is a set of UI components and app design principles. It's basically like a bunch of Lego pieces, which you can just fit together and create an app. So, the process of conceptualising SuperLemon was actually quite smooth,” explains Sankalp.

With over 6,000 public apps on the Shopify App Store, the e-commerce platform’s partner ecosystem generated $12.5 billion in revenue in 2020, as per the 'Shopify's Economic Impact' report compiled by Deloitte. The number is up more than 84% from $6.8 billion in 2019. The report also claimed that the partners collectively earned more than 4x the revenue that Shopify earned in 2020.

As he points out Shopify ensures that the platform remains an ethical marketplace. "In our case, there was a competitor who copied the SuperLemon app and started writing fake app reviews,” he recalls. The duo filed a complaint against the Shopify app partner with a few screenshots, and told them it was clear that they're just posting the same app reviews again and again. “They took down the competitor’s app within a month.”

With more than 15,000 Shopify stores using SuperLemon, the app was registering over 5 million daily impressions from internet users across the world.

Learn more and sign up for the Shopify Partner Program now!

Stepping up the ladder

While interacting with their customers, Sankalp and Preetam realised there were many problems that Shopify merchants were facing while communicating with the customers of their online store. The two saw a business opportunity in creating long-term solutions which could fix some of these problems.

But doing all of that meant thinking bigger and hiring bigger teams. Meanwhile, they were also getting several offers to sell SuperLemon. The duo finally made up their mind to sell the app and get back to app development to design a new product.

Sankalp and Preetam sold SuperLemon in July 2020 when its MRR hit the $25,000-mark. Looking back, Preetam says they felt that it was time for them to move on and focus on other aspects of customer communications/customer support, where merchants could use more effective solutions.

Shortly after selling their maiden app, Sankalp and Preetam were ready to hit the ground again with DelightChat, which helps merchants save countless hours in answering queries, and reducing the scope of manual errors. They can also consult their teams internally on the digital helpdesk and assign queries to specific team members, so that they are distributed equally.

Launched in February 2021, the app is still in the beta testing phase. But what made them choose Shopify again? “We looked at some data and got to know that around 70 percent of Shopify stores, even in the top-ranked ones, are still not using any helpdesk solution,” says Preetam. The observation guided the two into designing a product that could unlock a lot of business value for Shopify merchants by improving customer experience and easing their workflows.

Also, the vision that they had planned for DelightChat wasn’t possible to execute with a two-member team. So, they hired a bunch of people and built a helpdesk that enabled anybody to log in and reply to a customer query, irrespective of the channel the customer was reaching out to them from.

Delving into how their learning curve has been until now, Preetam says there is something new to observe almost every day. “Our experience of running SuperLemon didn’t prepare us for the kind of challenges we’d face with DelightChat,” he says. For instance, DelightChat now has a 10-member team and it’s no longer just the two of them. “It takes a lot of effort to manage the communications overhead and keep everyone on the same page.”

The team hopes to ease customer support processes across Shopify stores with several new features. For instance, a lot of the queries that merchants get are on how customers can track an order or cancel it. These are among the most common queries that every business faces. “We are building a widget that enables a customer to get the answers to such common queries by providing a few details about the order. This way, the merchants don’t need to assign the ticket to a team member. Over time, it could lead to a reduction of 30% in the number of tickets assigned and save 10+ hours per week for support teams,” Sankalp explains.

More than two years into their entrepreneurial journey, both Sankalp and Preetam are still working out of their homes and sometimes even from hill stations, until COVID-19 made that impossible.

From considering a venture profitable based on whether they were able to afford Top Ramen or Maggi to building a business that’s profitable and sustainable, the two entrepreneurs have come a long way.

“I would define success as a point in life where you don't have to spend any minute of your life on doing anything for the sake of money,” Preetam says. “You should only be doing it because you enjoy it and for the satisfaction, creativity and pleasure.”

The road is likely to get more challenging, but their parting advice for young entrepreneurs looking to make their mark in the startup scene is: start small and once you achieve it, start dreaming a bigger dream.

Learn more and sign up for the Shopify Partner Program now!