Trends in permanent, temporary and gig jobs in India 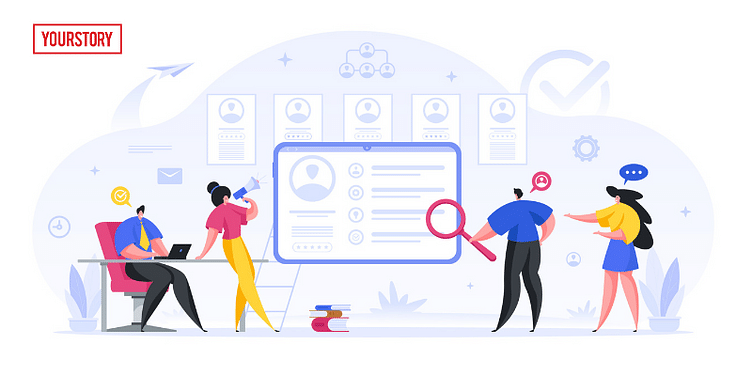 Sudhakar Balakrishnan, Group CEO, FirstMeridian Business Services Pvt. Ltd, writes that digitisation and a changing economy has paved the way for a more flexible workforce in the country.

Jobs are broadly categorised into permanent, temporary and gig jobs, and further broken down to full-time and part-time based on the hours of work.

The COVID-19 pandemic outbreak has impacted jobs across various sectors in India. While some industries have shed lakhs of jobs, others are growing considerably, given the demand for specific services.

Businesses are also realigning processes, digitising and automating operations, which has led to a demand for new skills. Looking down the road, the change in the demand for various jobs will also impact the nature of jobs and employment types, i.e., permanent, temporary and gig jobs.

These will be defined by the availability of human resources, the required skillsets and the need for those particular skillsets by companies.

Transition from permanent to temporary jobs in India

Permanent jobs are typically preferred as they ensure higher job security, along with perks like paid leaves, retirement benefits and offer a better career path.

However, in the wake of the COVID-19 pandemic and the accelerating pace of technological progress, socio-economic disruption and changing business models have led companies to rethink hiring in this category.

Post COVID-19, with hybrid and remote working models becoming the norm, many companies have realigned job functions. Several roles are also outsourced as companies right-size, ensuring they are the optimal size to grow aggressively even during bad economic conditions.

This is a typical trait seen during recessions and struggling economic periods.

Companies also need to ensure their workforce is prepared to adapt to the new requirements. Currently, many companies have restricted hiring to mid-level and senior-level employees in permanent jobs, which offer a necessary base for training.

Other companies, who have a higher quantum of reskilling required, have outsourced several roles to contract staffing companies, alleviating the challenge of training the workforce. Contract or temporary staffing allows companies the flexibility to temporarily increase their workforce and optimise business planning.

Upskilling is a critical area of investment for many companies from a longterm perspective. However, many companies are eschewing permanent employees given the cost of maintaining them full-time, and training them in the current economic condition.

As mentioned earlier, temporary and contract staffing typically increases during economic uncertainty. The COVID-19 pandemic, particularly after the second wave, has caused concerns about more disruption in the future, with subsequent trends of variants and infection.

Most companies are hesitant to invest in a permanent workforce before they have clarity on future business opportunities.

Contract staffing allows companies the flexibility of ramping up the workforce as needed. The responsibility of training the workforce lies with the staffing company, ensuring the company has the necessary resources to focus primarily on productive output.

The manufacturing sector, which had traditionally employed a higher percentage of contract workers, has ramped up hiring in this sector. While there are positive trends in manufacturing, the companies are yet reluctant to invest in a permanent workforce.

The pharma industry has also adopted contract staffing and managed services strongly in recent months. The quick ramp-up in demand for products, combined with the rapid digitisation of operations, requires a larger pool of skilled workforce.

The workforce should also understand and align with the new process - a particularly challenging aspect for the industry that has typically followed traditional methods thus far.

Digitisation is also seen among other sectors. The pandemic strongly highlighted the benefits of digitising operations and automation. Companies have begun to implement these processes, leading to a temporary demand for IT and cybersecurity skills.

Given the current pace of demand, the lack of a skilled workforce has resulted in many companies choosing the gig workforce model to meet current demand in these sectors.

‘Gig workforce’ is another term for contract staffing. However, unlike traditional contract staffing, gig workers are typically independent contract workers with specialised skill sets. The emergence of start-up culture and a growing demand for a contractual workforce has paved the way for gig workers.

It is no longer sufficient to only have necessary technical skills today. Increasingly, companies prefer to hire candidates with soft skills such as good communication, creativity, and innovation. Companies also recruit in high volumes, particularly for short-term, seasonal roles.

Typically, gig workers have specialised skill sets that are in high demand. The people equipped with these skills usually choose to work in a contract role for specific periods within a company.

According to a recent report by Boston Consulting Group (BCG), the gig economy in India was primarily driven by startups. In the next three to four years, gig economy in India is expected to triple in size, driven by high demand and low supply. Sectors such as manufacturing, construction, retail and logistics will adopt gig workers at a faster pace.

The younger generation of employees, who emphasise work-life balance, quality of work and creativity, also choose more ‘gig’ roles than permanent positions. This will lead to more companies engaging gig workers on a project basis rather than filling roles that might become defunct.

The year 2021 and the future ahead is bound to witness a phenomenal growth in permanent, temporary and gig staffing. The demand for productive employees will see a rise in companies as they try to complete their projects with minimal cost.

Given the present situation, the companies would democratise hiring by using digital tools rather than relying on conventional methodologies. Also, as there is more dependency on the internet and digital applications than ever before, there has been a massive spike in data generation , and hence more chances of cyberattacks.

Employees with new-age skills like communication, big data, cybersecurity, and AI will be in demand, depending on the need for permanent, temporary or gig workers. Irrespective of how rapidly the job market will change in the coming years, these career options will continue to be in high demand.