Rise of vertical learning: Why maths tutoring startup Countingwell wants to be the Nykaa of edtech 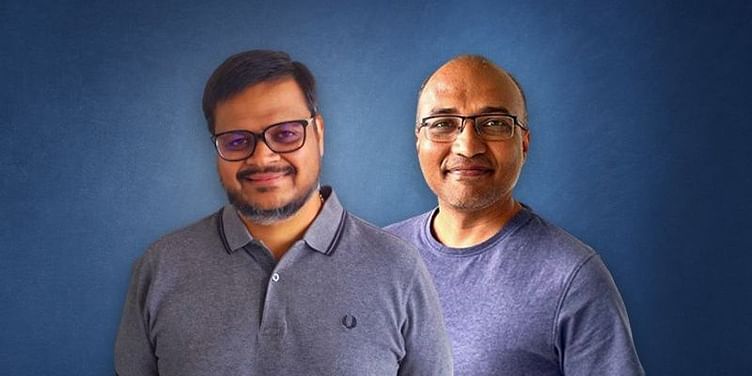 If the first wave of edtech growth was about large horizontal players like BYJU’S, Vedantu, Toppr, etc., the next phase will see the rise of niche vertical learning apps. Or so believe education investors and startups like Countingwell.

Countingwell founders Nirmal Shah and Ravi Jitani spent over two decades in the IT services and venture capital industry, respectively.

Around 2017, the two started talking about maths education. Given Indian parents’ obsession with the subject, it is largely dreaded by young students.

“What bothers parents more is the fact that they can’t be a part of their child’s maths learning after a certain grade. That’s when they start looking for tutors,” Nirmal tells YourStory.

However, maths coaching continues to be a problem area for the 265-million-strong school-going population in India. Nirmal and Ravi started Countingwell to solve this.

“Countingwell is borne out of two years of research and development; we pulled up research papers from universities in Australia and the US, and conducted pilots with several schools in India to assess the problem areas. We found that most kids are good at numerical skills, but they falter in complex higher-level problems that require analytical thinking, strategy, and other comprehension skills.”

“Most schools were aware of this problem, but they didn’t know how to fix it,” he says.

So, Countingwell started building a learning construct around these areas. The founders tested various concepts with academicians, advisors from NCERT and CBSE, “neighbours’ kids, and our own children” before finalising the pedagogy.

After over two years of R&D, the product launched in December 2020, well into the pandemic when online learning had already exploded in India.

Nirmal says, “We are focused on inculcating an analytical thought process in children. We didn't want to be a copy of the textbook. So, we broke down the pedagogy into micro modules that can be personalised and also suit the mobile form factor. We wanted to solve the math fatigue that students experience.”

“A lot of horizontal players offer everything in one package. But not every child wants to focus on so much content, yet they are compelled to take it. Vertical learning apps like us are solving this with niche, focused products.”

Countingwell uses continuous formative assessments to determine specific learning gaps in each student, and then uses its AI engine to build a step-by-step learning path for them. Students can choose the topic they want to learn and receive personalised practice tests and text and video lessons.

Premium users also get access to live doubt-solving sessions with expert tutors once a week. Non-paid users can upload their doubts, and get them resolved via text.

“The maths workouts are auto-generated depending on the skill level of the child. We also assess if they have not learnt something that should have been taught in previous grades. In that case, we bring them up to speed,” explains the founder.

To boost interactivity on the app, Countingwell has created an interactive ‘pen and paper experience’ for solving geometry problems.

How the ‘numbers’ stack up

Since its launch, Countingwell has created 1,800 minutes of maths workouts. It clocked a high of 1.5 million minutes of learning hours in April. Overall, 49,500 hours of learning content have been consumed since the app went live.

At present, it has over 41,000 registered users, 35 percent of whom are active even after eight weeks, and have completed “at least one learning objective” on the app.

“In the last 90 days, we’ve recorded an average engagement of 50 minutes per day per student in paid users. For unpaid users, we cap the lessons at 20 minutes. Overall, we saw a 47 percent improvement in the students’ scores between a baseline assessment and a post-learning assessment.”

Countingwell operates on a three-tier subscription model — monthly (Rs 399), annual (Rs 3,999), and annual pro (Rs 5,999) plans. The last comes with access to expert tutors once a week. In addition to this, the startup also holds maths competitions for schools and offers cash prizes and scholarships to students.

This has been the biggest growth driver and user acquisition channel, especially from Tier II and III towns, which make up 54 percent of Countingwell’s total user base. “We’ve seen participation from places like Varanasi, Lucknow, Madurai, Jammu, and Guwahati,” reveals the founder.

“These are the ignored areas because a majority of edtech is still focused in metro cities and in test prep or higher education segments. Smaller towns are still getting lost as far as school students are concerned,” he adds.

Countingwell has hit a monthly run rate (MRR) of Rs 2.5 lakh. By the end of FY22, it wants to hit half a million users and an MRR of Rs 15 lakh. Besides B2C, the startup is now venturing into the B2B segment, with an enterprise-like offering for schools.

Nirmal elaborates, “The base version of the product will allow schools to assign and manage maths homework. The modules will include adaptive and formative assessments, which many schools are unable to provide because of a lack of resources. They can subscribe to an annual license and pass on the cost to the child.”

In December 2020, Countingwell raised a Pre-Series A round of $1 million from Delhi Private School, UAE, and Interstar, an education management company.

At the time of the funding, Pravin Batavia, Director, Delhi Private School, UAE, said, “Countingwell has picked the right audience in middle school students, which is not only a highly underserved segment when it comes to learning, but also spans the most important years to build a foundation for future career. We are confident that their unique learning approach will go a long way in helping children learn maths as well as analytical and problem-solving skills, thus enhancing their all-around development.”

To fuel its future growth, Countingwell looks to raise a follow-on round of $1.5-2 million by the end of the year. It will use the capital to develop new products and expand to international markets.

Last month, the startup launched in the UAE and has roped in 20-odd schools for its B2B product. It also plans to launch content for Class 9-10 students, and explore applied learning areas like data science, coding, and financial literacy.

Interestingly, industry observers reckon the next wave of edtech growth could be driven by vertical learning apps as horizontal players plateau out.

“BYJU’S is doing for edtech what Flipkart did for ecommerce back in the day. But, the Nykaas [vertical commerce] of edtech are yet to play out. Like in retail, whatever could be bought went online... in education too, whatever can be taught will go online.”

Nirmal weighs in, “Niche vertical players will be able to grow because we can deliver value and show how our pedagogy has been built ground-up [not top-down].”

So, can Countingwell become the Nykaa of edtech?