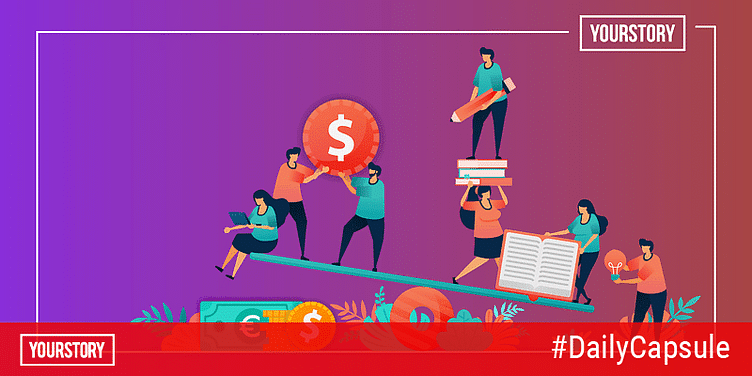 Edtech’s sensational rise in the pandemic is well-documented by now. Last year, online education startups in India raised a record $2.2 billion in funding, with the sector becoming the most funded by deal value for the first time.

Edtech’s sensational rise in the pandemic is well-documented by now. Last year, online education startups in India raised a record $2.2 billion in funding, with the sector becoming the most funded by deal value for the first time.

The momentum has continued in 2021 too. Between January and August 3, edtech has been among the top three funded sectors in India, raising $1.9 billion across 80 deals, according to YourStory Research.

A majority of these have been equity deals in the B2C learning space, dominated by market leader BYJU’S, which closed four rounds worth $1 billion to become India’s most valuable startup ($16.5 billion); and Unacademy, the only other edtech unicorn whose valuation jumped 70 percent to $3.4 billion after its latest fundraise of $440 million.

In February, Unacademy also raised an undisclosed round from cricket maestro Sachin Tendulkar, who picked up a strategic stake in the firm.

Cumulatively, BYJU’S and Unacademy accounted for a whopping $1.44 billion or nearly 76 percent of the total edtech funding this year.

While the two unicorns continue to hog headlines for their funding (and acquisitions), 2021 has also seen some notable growth-stage (Series B and C rounds), and late-stage deals (Series D and beyond) in edtech.

There have been over 65 early-stage deals (Pre-Series A and  Series A) too.

YourStory looked at some of the key trends emerging in edtech.

Read all about how the Indian startup ecosystem is battling the second wave of COVID-19 here.

Here are some useful tools to help you find the nearest vaccine centres in real-time.

You can also share a tribute to COVID-19 warriors, saviours, and survivors here.

Kapil Makhija, CEO, Unicommerce Solutions, shares how the company increased its D2C clientele by over 300 percent and expanded into the FMCG and personal care market, creating one of the finest ecommerce supply-chain SaaS solutions, and more.

In India, it isn’t uncommon to receive candy instead of small change at small retail outlets. This practice was something Kumar Abhishek, who had returned from Singapore in 2013, never understood.

While working overseas, Kumar had observed their payment systems and financial infrastructures and then compared them with the then-existing financial and banking systems of India. To change the scenario in India, Kumar, along with Vivek Singh, founded ﻿Tonetag﻿. Read more.

Amidst the COVID-19 crisis, healthcare, starting from doctor consultation and diagnostics tests to getting medicines, shifted online almost overnight. This service was uncommon back in 2014-15 when Nidhi Jain, IIT Roorkee alumnus, began her entrepreneurial journey.

“COVID-19 brought edtech ahead by two to three years. Some early-stage startups got pandemic market-fit. MAUs became DAUs in three months, which is crazy. Capital has come in and capital is chasing the winners. Market leaders are getting a disproportionate premium.”