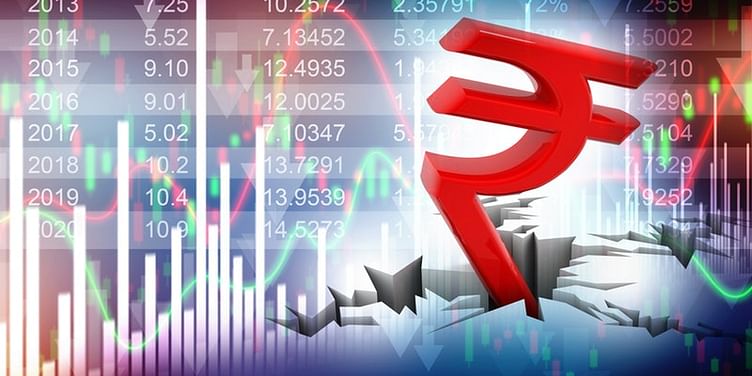 The Sensex skyrocketed 873 points to a fresh closing peak while the Nifty finished above the 16,000-mark for the first time on Tuesday as economic recovery hopes triggered across-the-board buying.

Investors grew richer by Rs 2.30 lakh crore, with market capitalisation of all BSE-listed reaching a lifetime high of Rs 2,40,04,664.28 crore.

Only three index components finished in the red -- Bajaj Auto, Tata Steel and NTPC, shedding up to 0.33 percent.

"Bulls pulled off the 16,000 mark on the Nifty effortlessly buoyed by positive news flow on GST and export data as domestic fund houses poured Rs 280 billion during the first four months of the current fiscal," said S Ranganathan, Head of Research at LKP Securities.

The country's exports grew 47.19 percent to the "highest ever monthly figure" of $35.17 billion in July on account of healthy growth in petroleum, engineering, and gems and jewellery segments, as per official data released post market hours on Monday. The journey past 16,000 quite clearly has been led by the retail investors who have allocated more into equities even as FIIs sold worth Rs 95 billion during this period, he noted.

"The present rally is all the more significant since it provides enough opportunities to the new investor coming in now as several pockets of the economy still offer value going forward," he added.

"Barring financials, June quarter earnings so far have been encouraging and most companies succeeded to beat consensus estimates, which offered comfort and aided to restrict sharp fall despite selling pressure in global equities," he added.

Broader BSE midcap and smallcap indices advanced up to 0.23 percent.

Asian markets tumbled after China's regulatory crackdown seemed to be heading towards online gaming giants, while European equities were propped up by strong corporate results.

In Asia, bourses in Shanghai, Tokyo and Hong Kong ended with losses, while Seoul was positive.

Stock exchanges in Europe were trading with gains in mid-session deals.

The rupee rose by 6 paise to close at 74.28 against the US dollar on Tuesday amid a weak American currency overseas.

Foreign institutional investors were net sellers in the capital market on Monday as they offloaded shares worth Rs 1,539.88 crore, as per exchange data.