[YS Exclusive] OYO IPO: No major investors will dilute its stakes, IPO worth $1-1.2B likely to launch at end of this year 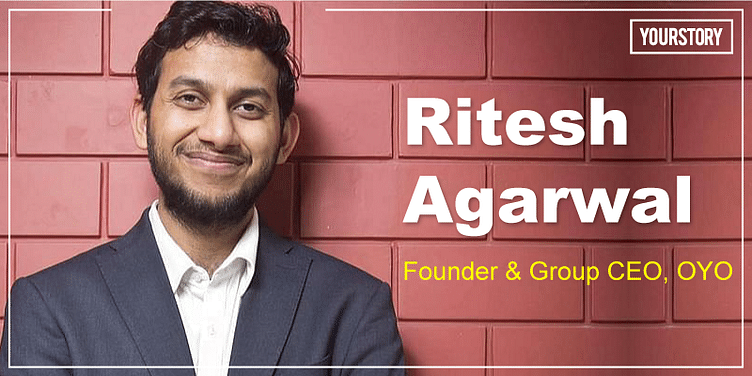 The sources confirmed that OYO's founder Ritesh Agarwal will not offload any stake in the upcoming IPO, and that he holds more than 33 percent of the hospitality unicorn's total shareholding.

At its maiden initial public offering (IPO), Gurugram-based hospitality unicorn ﻿Oyo﻿ will be issuing 75-80 percent primary shares and 20-25 percent secondary shares, as no major investors will be diluting their stakes, sources closer to the development told YourStory.

The sources also revealed that the IPO is expected to launch at the end of this year, or in January 2022, and it will be worth $1.0-1.2 billion, at a valuation of $12 billion.

According to YourStory sources, the company's draft red herring prospectus (DRHP) is likely to be filed in a week or so.

The sources confirmed that OYO's founder Ritesh Agarwal will not offload any stake in the upcoming IPO, and that he holds more than 33 percent of OYO's total shareholding.

Foodtech unicorn ﻿Zomato﻿, which has set the tone this season for startups IPOs, saw its key backer Info Edge (India) selling shares worth Rs 375 crore through the offer for sale (OFS) route. While Zomato founders and other key shareholders did not sell their stakes, Info Edge (India) had halved its stake-sale plan from the earlier Rs 750 crore.

The year of startup IPOs

Recently, OYO approved an increase in the authorised share capital of the company from Rs 1.17 crore to Rs 901 crore. The authorised capital is the maximum amount of capital that a company is allowed to issue at any given point in time.

Also, OYO has been zooming its focus on technology for some time. Most recently, it raised $5 million from tech giant Microsoft at a valuation of $9.6 billion.

The company also announced that it will be doubling down on its tech and product teams over the next six months by hiring more than 300 technology professionals, including software developers, engineers, product managers, designers, and data scientists across entry-level to senior leadership roles.

It said that it seeks to hire full-stack teams, Android and iOS developers, with key skill sets and expertise in the areas of Machine Learning, Data Engineering, and Information Security.

OYO has been looking to ramp up its suite of technology products for the hospitality industry. Its tech stack includes its consumer and partner apps such as OYO, OYO OS, Co-OYO, as well as several applications led by Artificial Intelligence, Machine Learning and analytics, such as a dynamic pricing app called Tariff Manager; OTA (online travel agents) performance management, Discover OYO; personalised recommendations, Yo! Chatbot, among others.