Ecommerce companies log $2.7B in sales in 1st 4 days of festive sale: RedSeer 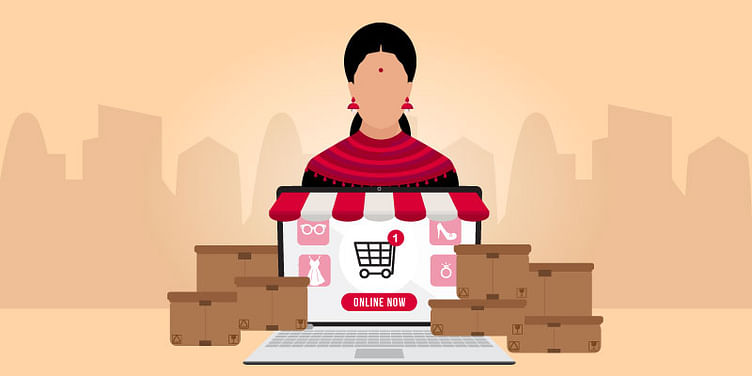 RedSeer Consulting had last month forecast that online platforms would see 30 percent year-on-year growth in gross GMV at $4.8 billion during the first week of festive sale.

Ecommerce platforms, including social commerce and grocery, garnered about $2.7 billion in sales in the first four days of the festive sale and are on track to achieve the $4.8 billion gross GMV (Gross Merchandise Value) mark, consulting firm RedSeer said on Saturday.

﻿RedSeer Consulting﻿ had last month forecast that online platforms would see 30 percent year-on-year growth in gross GMV at $4.8 billion during the first week of the festive sale. These platforms are expected to potentially clock over $9 billion gross GMV during the entire festive season this year as against $7.4 billion last year — a growth of 23 percent.

Gross GMV refers to the total value of goods sold on the platform prior to subtracting cancellation or return.

Online festive sales in 2021 likely to touch $4.8B in GMV in week one: RedSeer report

"...the first week (October 2-5) of festive sale of 2021, ecommerce platforms, including social commerce and grocery, altogether the platforms garnered about $2.7 billion in sales and are on track to achieve $4.8 billion gross merchandise value (GMV)..." RedSeer said in its 'Mid-Festive Check In' report.

Smartphones contributed about 50 percent of GMV during the first four days of sales.

"With the festive sales lasting longer than last year (nine days compared to seven days) — we are observing the customer demand being more spread out across the period than being concentrated in the first half of the Festive week. To that tune, we have observed sales of about $2.7 billion across ecommerce platforms and we expect another further about $2.1 billion over the next five days," Redseer associate partner Ujjwal Chaudhry said.

The report estimates that over 75 percent of customers are planning to buy equivalent to or more than last year across categories like mobiles, large appliances, beauty and fashion.

Ecommerce companies see a large chunk of their annual business coming in during the festive sales and they make significant investments ahead of time to ramp up their capacity and add features to be able to handle the spike in orders, while ensuring a smooth experience for shoppers and sellers.

Companies across the spectrum including ﻿Flipkart﻿, ﻿Amazon﻿, ﻿Snapdeal﻿, and ﻿Myntra﻿ have lined up new launches and offers to woo shoppers during the festive season. Players hold multiple sale events that are timed around Dussehra and Diwali.