NHA CEO on the platform’s play at digitising healthcare data 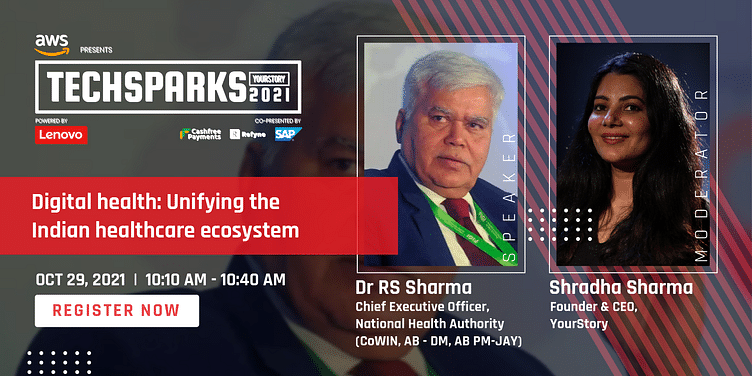 The digital health identity for Indians under the National Digital Health Mission (NDHM) was built with privacy in its design and not as an after-thought, said RS Sharma, Chief Executive Officer (CEO) of National Health Authority (NHA).

In conversation with Shradha Sharma, Founder and CEO of YourStory, RS Sharma said that the broader vision of the Ayushman Bharat Digital Mission was to be a platform play for healthtech entrepreneurs, innovators and key stakeholders in the healthcare industry.

He added that the NHA was working on a three-step overhaul in the Ayushman Bharat Pradhan Mantri Jan Arogya Yojana (AB PM-JAY).

“The key initiatives include improving package rates where we have revised the price of 600 packages to make it more competitive for the hospitals, improving the turnaround time for settlement of claims filed by the hospital, and getting more hospitals into the cover,” said Sharma.

He added that other government health schemes extended to central government employees, as well as police and other forces will also be brought on to the platform to reduce duplication of beneficiaries.

Three-year-old PM-JAY, which functions as an insurance and assurance scheme for the marginalised in the country benefits 10.4 crore families across the country and 54 crore individuals. The scheme has catered to 2.5 crore hospitalisations over the last two years, said Sharma.

How can industries elevate consumer experience across healthcare sector

Addressing concerns around the use of citizen health data linked to the digital health ID, Sharma said that privacy and security were built into the system and hospitals will continue to be responsible for the security of the health data stored with them.

“We are not bringing the health information of individuals on a common platform with the digital health ID...we are giving each individual a digital address at the NHA. The NHA platform will take the consent token from the individual and draw out the data from the concerned hospital which identifies NHA as a trusted body accessing the information,” said Sharma.

He added that the Ayushman Bharat Digital Mission which was unveiled by the prime minister on September 27 has the broader vision of increasing accessibility of healthcare services using technology. “While everything cannot be solved with technology, we can use telemedicine, online delivery of test results, payments etc for users from smaller towns,” she said.

Platform play by the NHA

Sharma said that Ayushman Bharat Digital Mission will not be a data repository but a platform where innovators in the healthtech space can plug in to grow their business and market it to the stakeholders who are a part of the platform.

“The platform will have horizontal services such as payment, registry of drugs, doctors, facilities, laboratories, and other services. Instead of having to build an entire system, a healthtech entrepreneur can log in to the platform to access these registries,” said Sharma. He added that it will be a two-way street, where innovators can upload their tools for use by the stakeholders.

He cites the example of Software-as-a-Service (SaaS) targeted at the healthcare industry, which can be uploaded by the entrepreneur in a pay-per-use model — marketing it to the entire country.