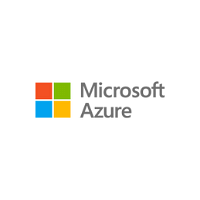 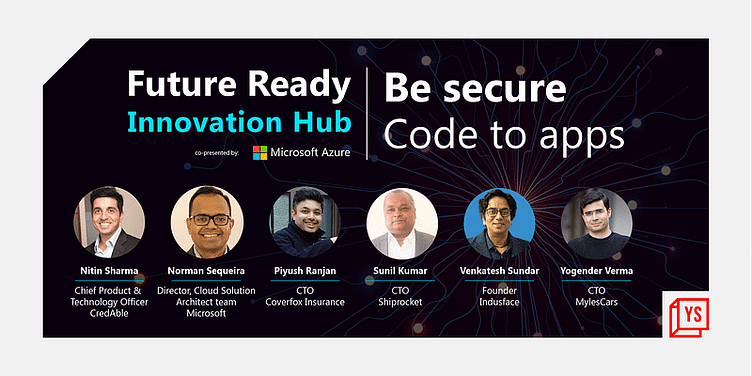 At a virtual roundtable discussion ‘Be Secure - Code to Apps’ co-presented by Microsoft and YourStory, a power-packed panel discussed the nuts and bolts of a comprehensive approach to cybersecurity, one that can help organisations safeguard people, data, and infrastructure.

In a world increasingly susceptible to cyber threats, security is one of the most pressing concerns for businesses across the word. Cyber crimes reportedly cost companies and individuals across the world more than $445 billion per year. Also, an estimated 43 percent of cyberattacks target small businesses.

‘Be Secure - Code to Apps’, the virtual roundtable discussion co-presented by Microsoft and YourStory focused on the best practices, tools, and solutions to achieve a holistic security strategy for businesses.

Norman set the discussion rolling by addressing the key aspects to consider when kicking off a cloud transformation journey. “We have seen that for about 60-70 percent of organisations, security usually comes as an afterthought. But when you start fixing any exploit that is already in production, it’s going to cost you 60 times more. So it's absolutely essential that we start integrating security in the overall chain without hampering the developers’ innovations, and with less friction,” he said.

SaaS company Indusface secures critical web applications of 2,000+ global customers. Reiterating the need for continuous security assessment and taking action to fix vulnerabilities, Venkatesh said, “The hacker is trying to spread the net on production systems and volumes and trying to do a targeted attack, based on the vulnerabilities he has identified. But you as a business have an advantage because you only have to worry about your applications. So you can do it deeper, more frequently, and more accurately, before the hacker can exploit.”

CredAble’s Nitin next touched on MSMEs and their adoption of cybersecurity measures. “A lot of companies typically realise the need for security at a later stage; especially SMEs. But I believe that technology companies who are dealing directly with SMEs or with consumers, need to have some kind of self discipline and a robust security mechanism in place, both pre-production as well as post-production,” he shared.

Speaking on how technology can bring ‘Bharat’ into the safety net of insurance, Piyush said, “India traditionally has been a low penetrated market when it comes to insurance and security, compared to more developed countries. In the US, for example, more than one-third of their GDP is secured. We are at a measly 3.5 percent. If you want to increase the insurance penetration in India, technology can play a big role.” He further shared some examples to demonstrate how digitisation can help on all frontiers of insurance.

Data safety and the potential red flags in B2B2C logistics software was the next point of discussion. “If you look at our entire ecosystem, there are multiple parties involved that operate in different roles. So for us, it's about identification of all the players, the roles, and classification of data. Essentially, it's about having a checkpoint at every integration point,” said Shiprocket’s Sunil.

Self-drive car sharing company MylesCars is trying to create next generation solutions for personal mobility so the focus is always on increased automation. “We have implemented a lot of machine learning-based workflows. So the need for data security is heightened in the context of automation. I also believe that every ancillary service is going to be offered as a plug and play service in the next few years,” said Yogender. Another important trend, he said, would be sustainability, like for example the increased use of EVs. “So one can definitely see an accentuated focus on information security in the coming days,” he said.

In the context of cybersecurity in a hybrid working culture, the panellists were unanimous in their view that it is important to have a well laid out strategy to ensure information security.