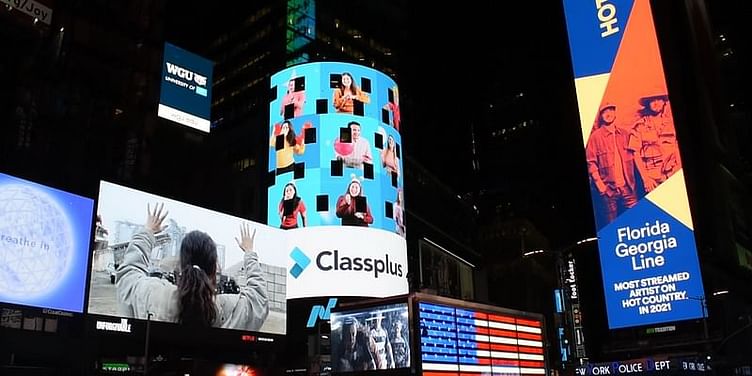 YourStory presents daily news roundups from the Indian startup ecosystem and beyond. Here's the roundup for Wednesday, January 5, 2022.

﻿VerSe Innovation﻿ , a Bengaluru-based local language technology platform, has appointed Sandip Basu as its Group Chief Financial Officer (CFO) effective immediately. An experienced business leader, Sandip, over the past 30 years has led and built several businesses as a CEO and Group CFO.

“Having been an entrepreneur myself in the latter part of my career, I appreciate the opportunity and responsibility as Group CFO to streamline the organisation’s internal systems and processes, and look forward to creating a world-class finance team at VerSe.”

Sandip’s appointment to an expanding leadership team at VerSe Innovation comes at a time when the unicorn is looking at an aggressive monetisation strategy, expansion plans around its family of apps, and extending its broad-based tech platforms across other international geographies to serve unmet content needs of local language audiences globally.

Stan Lee's "Chakra The Invincible" NFT drop sells out of 12,265 digital collectables in less than one minute after release

World’s leading NFT entertainment studio Orange Comet, in collaboration with BeyondLife.club, powered by GuardianLink.io, announced on Wednesday that its partnership with Stan Lee’s POW! Entertainment and Graphic India to launch the limited-edition Chakraverse NFT collection resulted in the most successful US-India NFT sale in history.

The first drop, which took place on December 27, released 6,865 unique generative art pieces based on characters and sold out at a staggering speed of 51 seconds, followed quickly by a second release on the morning of December 28, with 5,400 NFT comics, which all sold out even faster at 49 seconds — making them two of the fastest NFT drop sellouts around the world.

In total, people from 14 countries participated in the auction, with 22 percent of the audience residing in India.

In 2012, Stan Lee discussed Chakra The Invincible, saying, “I have always been fascinated by Indian culture. It’s so philosophical and rich in tradition and morality. I've written countless superheroes of every nationality and every part of the world before, I’ve even created many heroes from other planets and galaxies, but Chakra The Invincible is the first superhero I am creating specifically for the Indian market. My goal with Chakra is simple — I want to bring an Eastern concept like the chakras to the world via the Western genre of superheroes.”

Widely regarded as one of the greatest creators of the 20th and 21st centuries, Lee is the writer and co-creator of the world’s most popular superheroes, including Spider-Man, X-Men, Fantastic Four, Iron Man, Hulk, The Avengers, and more. His characters have generated over $32 billion at the global box office and established some of the most beloved stories in history.

Adithya will head the expansion of Anicut Capital’s investment into the startup ecosystem based out of Bengaluru. He will be operating on the equity side across stages and will also lead the Anicut Accelerator initiative in collaboration with PSG College of Technology, Coimbatore, and Thiagarajar College of Engineering, Madurai.

With over a decade of experience in mid-market private equity, business consulting, and transactions advisory, Adithya has invested across tech, financial services, and healthcare industries. Earlier, he had worked with Axilor Ventures and Stakeboat Capital.

Speaking on his appointment, Adithya said,

“it’s great to join the Anicut family. These are exciting times for the Indian startup and investment ecosystem. Anicut Capital envisions working with founders and building transformational companies across multiple stages of investment to advance their scale, efficiency, and profitability, along with continuous product innovations and customer experience commitments. We will together bring strategies into action to achieve these objectives in the coming years.”

﻿Chargeup﻿ , a battery swapping network for e-rickshaws, appointed Ankur Madan, former Head of Product, Spectra, as its COO and Co-founder. Ankur will head operations and technology at the startup and will be leading Chargeup’s product strategy.

With over 15 years of market experience in multiple sectors, Ankur has held key positions in Ubico Networks, Bharti Airtel, Haier Appliances, and Spectra. He has a Bachelor's degree in IT and a Master's degree in Management from the London School of Economics. Ankur has also studied Design Thinking and Innovation as part of the MIT Sloan Executive Education programme.

“Ankur is vastly experienced in product strategy and development and managing various commercial aspects in the customer and business-facing arenas. With his expertise, I foresee Chargeup moving faster towards its next step of product development and market expansion across India.”

Chargeup provides a two-minute battery swap within a radius of 2 km to effectively double the revenue for drivers and dealer partners. Starting with two stations, Chargeup has now expanded the network to 70 stations and caters to over 700 drivers daily. The startup clocks 20,000 swaps a month and has already covered 10 million km since the launch.

Classplus, a mobile platform for educators and content creators to launch their online teaching businesses, launched a unique campaign on Times Square, inviting people across the world to join their team.

﻿Classplus﻿ team members are seen celebrating the New Year and its 4th anniversary in a short video on Nasdaq Tower, which eventually invites people to join in the celebrations using the words “Join the Clan”.

This is one of the rare occasions when an Indian startup has gone to the length of featuring its team members on the renowned digital billboard and celebrating with them.

“We are out there to build a legendary company that outlives generations. The video is a reflection of our culture of celebrating big and small milestones alike. As we turn four, and ring in the new year, we wanted to send out this message to the world and invite them to the party. And what better stage than Times Square to do it!” said Mukul Rustagi, Co-founder, Classplus.

Classplus is known for its work culture and employee-centric initiatives. It has been in the news for its employee wellness programme that promotes mental and emotional well being through one-on-one counselling, its ESOP buyback programme, and most recently, a unique referral policy, where it awards employees stock options with a one-year vesting schedule also known as “ReSOPs” for every successful referral.

Classplus claims to have shown a spurred growth in the last 18 months by raising four rounds of funding and enabled digital identities for 100,000 teachers who are using the platform to teach over 25 million students across 3000+ cities in India. It raised $65 million in a Series C round led by Tiger Global and GSV Ventures, and Alpha Wave Global in June.

Payments and API banking solutions company, ﻿Cashfree Payments﻿ (Cashfree), said it plans to double its employee strength in 2022. The startup aims to cross a headcount of 600 by March 2022 and 950 by December 2022, while staying on schedule with appraisals, bonuses, and promotions for the current team.

In 2021, Cashfree Payments strengthened its workforce to over 475 employees, having digitally onboarded over 300+ new hires, including crucial leadership roles across engineering, product management, strategy and growth teams.

In December 2021, Cashfree Payments rolled out over 100+ offers to freshers from prominent engineering colleges, including the IITs and NITs, and will continue to expand its workforce.

Akash Sinha, CEO and Co-founder, Cashfree Payments, said, “Cashfree Payments is in an exciting phase of growth, and we are happy to grow our teams at such an accelerated pace. The rise in ecommerce penetration and widespread digital payments adoption has allowed us to scale significantly. Building innovations is at the core of what we do, and we are investing in skilled and talented individuals who will drive innovation and build a seamless payments ecosystem.”

The firm is acquiring India-based NOW Delivery, an express delivery platform for local retailers for a cash and stock deal. Borzo was previously known in India as WeFast.

NOW, with its fleet of over 1,500 riders, does over two million orders per annum for QSR, Pharma, Retail chains and many other companies. The company is present in nine cities, enabling brands to deliver orders to their own customers quickly. NOW provides transparent upfront pricing at the time of placing, real-time tracking of the delivery for clients and recipients.

With this acquisition NOW will continue to work as an independent brand under the current leadership of its Co-founders Vivek Pandey and Bharat Khandelwal, and will continue to invest in product and new market development.