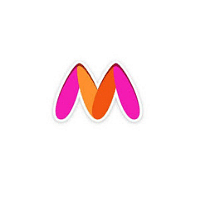 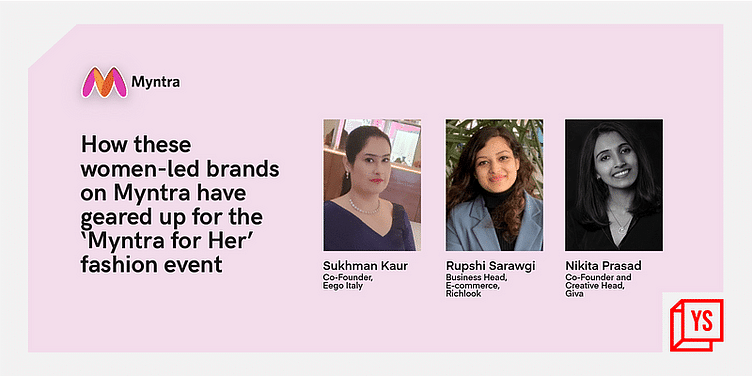 As part of ‘The Pathfinders’ series, the fashion, beauty and lifestyle e-commerce major showcases its commitment to enabling and empowering women-led businesses by sharing stories of women who are trailblazers in their own right.

The ‘Myntra For Her’ event being held from 5-8 March, will witness participation from over 3000 brands showcasing over 9 Lakh styles across categories such as Apparel, Beauty and Personal Care, Jewellery, Accessories, Home Furnishings and Kitchenware, among others

In this edition of ‘The Pathfinders’ series, we spoke to some inspiring women leaders who are carving their own niche in the e-commerce market with their assortment of unique products. In a tete-a-tete, we discussed the inception of their businesses, how ﻿Myntra﻿ enabled them to scale their businesses, and their journey to overcoming stereotypes by showcasing grit, determination and resilience.

Nikita Prasad remembers herself as a creative child. One who sat with a drawing book so she could finish her artwork. But a career in that direction was not an easy task. Her parents wanted her to become a doctor or an engineer. After she graduated from NIFT in 2018, she worked in a diamond manufacturing and jewellery company. Once she learned the ropes at the job, she realized she wanted to start her own brand. That’s when she met Ishendra Agarwal, who expressed similar interest in starting a jewellery brand in 2019.

The team realized the gap in the options of buying precious metal. Customers either had to buy gold, which starts from at least Rs 6000, or fashion accessories, made up of brass, which would be cheap and not skin friendly. “So, we realized that the women of today want to refresh their accessories as much as they want to refresh their wardrobe. If you're buying gold, you will have to plan ahead of time and save to make a purchase. But with ﻿GIVA Jewellery﻿, we came up with the option of silver which is pocket friendly yet luxurious” she says. The team started as an online brand and gradually also expanded into the offline territory.

Sharing her experience with Myntra, she says, Myntra is an experienced, and fashion-forward market place, which helped us understand the kind of market we are in and the kind of designs that women prefer. “With Myntra, it has been like learning and understanding our customers better,” she says. Another important aspect are the high standards that Myntra places on the quality of images that sellers share. “And we have always tried to meet that standard. So, it has helped us scale as a company,” she recollects.

As the brand grew, so did Nikita’s confidence. She says she has busted gender stereotypes within her family. “It was expected of men to work while women should be married first. But that is one stereotype that I broke in my family. I'm still single, and I'm doing very well in my business. This has opened up avenues for the younger women in my family. A lot of my uncles are now giving their daughters the freedom to chase their dreams,” she says.

It is this freedom that she has always chased. “I had never seen women in my family drive a car or a scooter, so I always used to think that when I grow up, I'll definitely have my own scooter,” she says. I would love to give my mother a travel bag from Myntra, she's a travel enthusiast and she's been my role model, my voice of reason and my backbone, she quips.

Sukhman Kaur found herself wondering what to do after marriage in Agra. After completing her education, she was preparing for government jobs, but was hooked onto the thought of starting her own business. Her husband had an offline shoe business, but Sukhman wondered if they could take it online to cater to more parts of the country. The thought began to take shape when they visited Italy on their honeymoon. The minute attention to craft and detail they observed in the country, especially with shoes, impressed the duo and led them to launch their online shoe brand Eego Italy. The Agra-based brand was born in 2015 and only offered a men's shoe range of formal and casual wear. What started with four people now has various teams across functions within the organization.

Myntra has been a strong partner for the team and thanks to their events, ﻿Eego Italy﻿ gets both demand generation as well as a bevy of new customers. “We have been a part of every fashion event including the flagship EORS editions. We get good responses every time and this time too, we will be participating in Myntra For Her. We started with 80 styles on Myntra and now we have more than 200 styles on the platform,” she says.

Sukhman credits her success to her school teacher. “She used to tell me, whatever you do, you have to excel. Even though I’m from a teaching background, I’m excelling in my field now,” Eego Italy is launching a special new range of shoes for women this international women’s day and would love to share the new range of comfortable shoes with her school teacher for being a good mentor, she says. Sukhman signs off by saying, “Women should chase their dreams. If you want to do it, you will do it and you can do it. Nothing can stop you,”.

For Rupshi Sarawgi, the whole world of e-commerce was a new one. Rupshi, being a dentist, wanted to explore something different and when she shifted her base from Nepal to India, she understood the massive potential of online business. She joined ﻿Richlook﻿ in 2019 with the singular aim to expand the business online. “Richlook was launched in 1993 by my father-in-law as a shirt brand which later expanded to other menswear categories,” says Rupshi.

While her biggest challenge was understanding the e-commerce space, she admits that the sector has been exceedingly welcoming. Rupshi reveals that she learnt a lot on the job and partners like Myntra were very helpful. The Richlook team was impressed with how organized Myntra is, across sections such as seller portal, customer services, advertisements or catalog curation, among others. “I'm always talking to my category managers about what's working and what's not, what do the customers want? What's the new thing? Myntra sends us a style guide twice a year for spring, summer and autumn, and winter. We get to see what's new and what’s working. And it brings us closer to the customer. Myntra keeps us in sync with the ongoing trends and makes sure we can cater to the ever-evolving tastes of our customers.” she says.

Richlook started its collaboration with Myntra in 2013-14 with only 100 styles which has now grown to around 700 to 800 styles. “If you are a clothing brand, Myntra is the number one place to go to” adds Rupshi. Richlook is set to introduce a new segment of suave suits for men, both two-piece and three-piece suits.

Rupshi considers J K Rowling to be one of her biggest inspirations. “It is our choices that show us who we truly are, far more than our abilities,” ‘Rupshi quotes her favourite lines from Harry Potter. “I believe my choices helped me transition into a different career, to be able to learn new things and to have all of these new opportunities. I’m grateful for the opportunities and would also like to thank Myntra for being a strong partner in this journey,” she says.

Touching upon what would be an apt gift for her role model, Rupshi says she would love to give J K Rowling a Gryffindor or a Hufflepuff scarf from Myntra, to pay tribute to her marvelous stories.

The Myntra for Her Event

The second edition of the shopping carnival, dedicated to women. ‘The Myntra for Her’ event will also host a "Ladies Night" every evening from 5 - 8 March, from 7 pm till midnight, to provide exciting offers on popular brands and styles.