[App Friday] Dating app Mingout wants you to go on a date to the Moon, but its clunky interface sees no lift-off for us 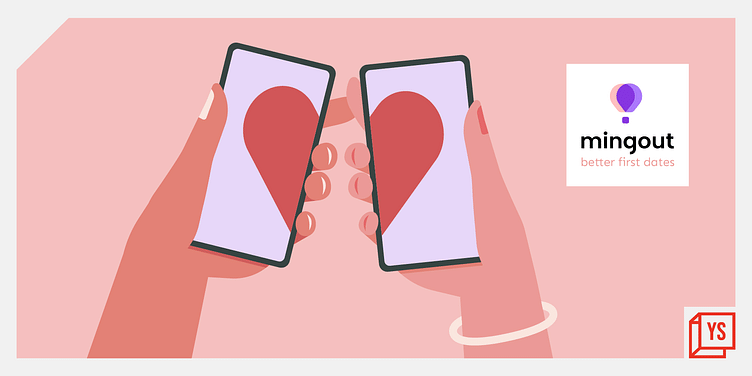 This week, we review Mingout, an Indian dating app that aims to disrupt the world of app-based dating by encouraging virtual dates. The app has over 10,000 downloads on Google Play Store, but no ratings or reviews yet.

You’d think that modern online dating apps would have made it easier to find people and connect with them over mutual preferences or dislikes, but that isn’t always the case.

My finger twitched, poised to “ask him out". After all, I love all of those things too! Had I just met my soulmate? An alternate me?

I “sent an invite” to him, and, a couple of minutes later, the app pinged me to say he’d accepted it! This was turning out to be a great Saturday for me already.

As someone who has used dating apps like Hinge and ﻿Bumble﻿ sporadically, I’ve learned that you want to strike when the iron is still hot — when you still remember each other’s profiles and preferences in a sea of thousands of such profiles. You want to strike up a conversation sooner than later, and at least scope them out a little before moving on.

This is why Bumble, Hinge and the likes work — you match with someone, and you start chatting with them.

Sure there are added features – Hinge, for example, needs you to respond to a “prompt” (most often, to the responses posted by the potential match, or a picture), or Bumble prods you to say hi to someone with an interesting question —  things to get a conversation started.

With Mingout though, things don’t pan out that way.

When you sign up on the app, it asks you to choose a list of activities you’d like to do with your match, virtually such as play quizzes, listen to ghazals together, play Truth or Dare, go on virtual work dates, show each other your plants on a video call, etc. You have to pick at least three out of the list, and when someone matches with you, they can pick from any of the three listed activities to do with you.

In Arjun and my case, I sent him an invite to play “would you rather” with me on the app. He accepted, and I did a small dance of victory because I was genuinely interested in this person who liked everything I did. All the endless chats we’d have about Naruto and its many crazy arcs, and whether he was as unexcited about Fantastic Beasts: The Secrets of Dumbledore as I was!

None of that happened though because the app makes you jump through hoops to get to the chat option.

Once you pick the 'activity', the app first prompt you to respond to one of the 3-4 questions it throws up, and then takes you to a page that sometimes says "date plan awaits" or sometimes asks you to "schedule" a date.

When I clicked on Arjun's profile, it said something along the lines of "uh oh, Arjun is busy at the moment."

I thought maybe he was playing a game or something with someone else, so I decided to wait. Five minutes later, he connected with me on Instagram and pinged me to say my Mingout profile too said I was "busy at the moment" on another date.

Jupiter Meta to launch music NFTs at a metaverse concert

We were both extremely confused as to what had happened, until I realised, somehow, I was “playing a game” with someone else and hadn’t exited that window.

Basically, Mingout only lets you chat with one person at a time, and if you want to move on from one match to another, you have to completely unfriend/unmatch the person you’d been talking to — or at least that is the impression I got.

Dating is already hard what with trying to bypass all the awkwardness, engaging your “Spidey” instincts to gauge what they’re seeking from a relationship, keeping an eye out for red flags, and basically trying to really connect with someone in a crowd of people vying for your attention.

And Mingout does not make it any easier, which is antithetical to what dating apps are supposed to do.

Don’t get me wrong — the idea behind this dating app is not prosaic.

They genuinely want you to engage in conversation and not just the boring old way where you simply say hello-hi before you lose interest and move on. They’re trying to do something unique and interesting.

Mingout currently has 10,000+ downloads on the Google Play Store, but no ratings or reviews yet. Their claim is: "All we are saying is - you will have better first dates. Where things go from there is all you. But we’ll start you off on a nice note."

There’s no doubt the app makers have the right idea — dating over the last two years in the middle of a pandemic where you can’t venture out a whole lot to meet someone has been hard, and virtual dates over video calls have helped. Even the likes of Hinge and Bumble pushed their video calling features over their chat features during the lockdowns, so Mingout is on the right track.

But the BIG problem is that the app is too much work.

It doesn’t get out of the way quickly enough —  even setting up your profile is a task and requires some patience because there are video verifications and then you have to pick activities and respond to questions, it's endless.

Secondly, it’s too cluttered. There are too many options — virtual dates, activities, metaverse parties, virtual events, and even the way you need to swipe to scroll through someone's profile is confusing, not to mention the app is clunky and loads photos, especially, really slowly.

"I kept getting turned around all the time, the app was too confusing. I was excited about the events and the games but there's quite the learning curve to really understand what's going on," Arjun echoed my take on the platform as we chatted one evening on Instagram’s direct messages where we’d now moved to, giving up on Mingout.

The app is trying its hardest to get people to engage with each other, but it’s trying too hard, at least for me where I’d rather not spend time scrolling or trying to navigate through the app but screening profiles and talking to people.

The whole metaverse take falls awfully short of what the platform’s Youtube video showcasing its “Moon” date promises, and it honestly feels like a feeble attempt, at best. The events option has often been people doing something akin to a Youtube or an Instagram LIVE, or even a Google meet work call where they talk to a camera, and you keep your video on and nod in absentminded response.

In contrast, I recently attended a concert on a metaverse event platform called ‘PartyNite’ where Daler Mehndi recently bought some real estate (called ‘Balle Balle land’). I was given the option to invite a friend, and I asked Arjun to join me. We were set up on the platform in less than two minutes, we selected our avatars, and then we were in the party arena.

The platform lets you engage with other attendees too, and you could actually form your own chat groups on the platform, as well as complete event missions, such as finding rare NFTs and other items. The level of engagement was really interesting.  — and my date and I both agreed that this was what Mingout should’ve been like.

Mingout is in desperate need of decluttering, as well as adding an app walk-through tutorial where each option is explained a little better.

Also, there’s just too much information bombardment that happens when you select an activity — and maybe it’s the font or something to do with its overall design, but it’s just a lot of unnecessary reading when you just really want to engage with a human being.

The iOS app was quite clunky and kept quitting frequently, but those are probably just initial bugs that can be fixed.

Where the app does decide to leave you to your own devices is when you finally start an activity with someone. For example, when I was playing truth or dare with a woman I matched with on the app, there were no prompts of any kind other than the initial one when you “send an invite”. Some help here would’ve been better.

All in all, the app wasn’t for me. It felt like a chore than a fun activity — but hopefully, it gets better with future iterations.

Till then, Arjun and I are sticking with Instagram — maybe one day, we’ll attempt to go to the Moon again.