HDFC to merge with HDFC bank, shares rise over 10 pc 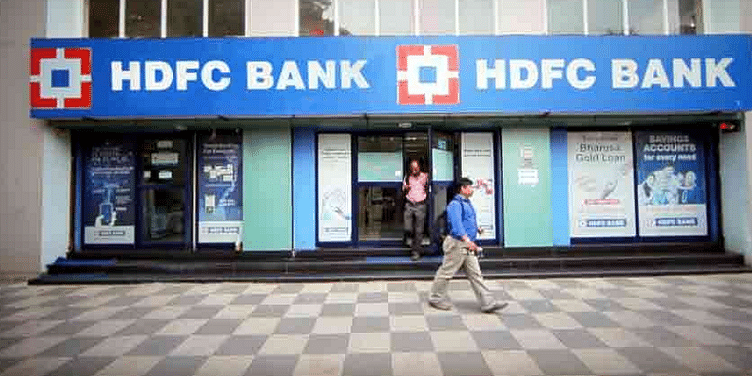 The HDFC Ltd-HDFC Bank merger is expected to be completed by the second or third quarter of FY 2024, the two companies said.

India's largest private lender ﻿HDFC Bank﻿ and its largest shareholder, ﻿HDFC Ltd﻿, said they will merge in a deal that will make the combined entity the country's second most valuable listed company.

HDFC will acquire 41 percent in HDFC Bank through its units, HDFC Investments and HDFC Holdings, and its shareholders will get 42 shares of HDFC Bank for every 25 shares held, the companies said in regulatory filings with the stock exchanges on Monday.

The merger of the two financial services paves room for other larger shadow lenders to create space for themselves in mainstream finance by merging with banks and financial services companies, especially after the sector saw a slowdown following the IL&FS crisis in 2018.

The HDFC Ltd-HDFC Bank merger will result in a combined loan book of $238 billion, of which 27 percent will be home loans. The merged entity will also become one of the biggest banks in the world.

HDFC Bank said that, post the merger, its 68 million-plus customers will be able to avail home loans as a core product, while HDFC, the mortgage lender, will be able to cater to a diverse array of credit requirements. It will also help reduce HDFC Bank's exposure to unsecured loans.

Additionally, the merger will allow "underwriting of large-ticket infrastructure loans, accelerate the pace of credit growth in the economy, boost affordable housing and increase the quantum of credit to the priority sector, including credit to the agriculture sector," Deepak Parekh, Chairman of HDFC Ltd, said in the filing.

The deal is expected to close by the second or third quarter of FY24.

RBI's November 2021 guidelines, which said well-run, large shadow lenders with over Rs 500 billion in assets could convert into banks, allowing the much-awaited merger — in 2015, HDFC Chairman Deepak Parekh had said he'd consider a merger with HDFC Bank — to finally reach its conclusion.