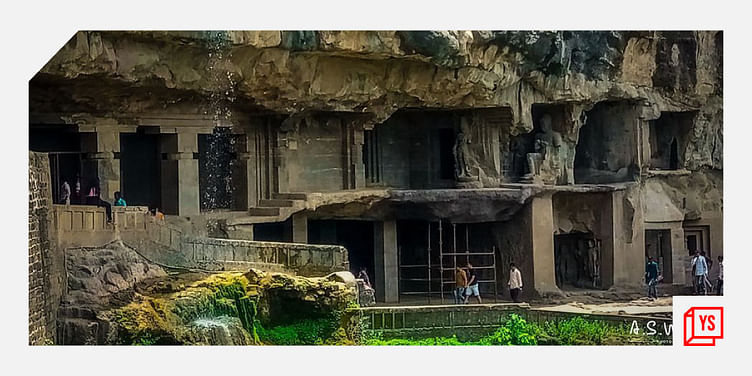 Photographers from PixStory capture the essence of India’s rich heritage imbibed with glory and history into an immersive experience.

To encapsulate India into a single description is just  impossible. Who we are and where we came from is a story so rich and diverse, that it needs many forms of acknowledgement — one of which is our heritage architecture.

With roots going back to the Indus Valley Civilisation, and shaped throughout the millennia by Maharajas and Sultans, Priests and Warriors, and Lords and Netas, the story of Indian architecture is one of multiple intertwined histories. Officially, India is the home to forty UNESCO World Heritage sites, along with countless marvels of culture and human ingenuity. They all collectively form the nation we are today.

1. Hampi - Located in East-Central Karnataka, Hampi is known for its rocky landscape and medieval-era monuments. Once among the richest cities in the world, this capital of the Vijayanagara empire now is home to the ruins of several architectural marvels. Each ancient temple and fort is a glimpse into an ancient past that continues to define who we are.

2. Agra - The story of India’s rich heritage is incomplete without The Taj Mahal. It’s the first image that comes to anyone’s mind when they think of India (and it’s rich architecture). More than six million people visit the monument every year, and for good reason — it’s the epitome of Mughal architecture, where Islamic, Persian and Indian aesthetics combine to create the highest form that man-made beauty can take.

3. Mumbai - The Gateway of India may have been built for welcoming King George V, but right now it cannot be replaced with any greater symbol of being an Indian. Its design is in the Indo-Saracenic style, with influences from both Hindu and Islamic aesthetics. Skyscrapers and busy roads blend seamlessly with Gothic, Victorian, Art deco and contemporary architectural styles in Mumbai — a city whose landscape gives you a deep insight into how a country with a deeply entrenched colonial past is speeding towards an exciting future.

4. Ajanta and Ellora Caves - The Ajanta and Ellora caves are among the best examples of ancient surviving Indian architectural structures. These rock-cut caves feature paintings, sculptures, monasteries and temples inspired by Buddhism, Jainism and Hinduism. Amid lush greenery, these caves showcase how three religions found sanctuary within the same place and created architectural marvels that are revered to this date.

5. Mysore (Mysuru)- One of the major cultural capitals of South India, Mysuru is an old city with a rich history. Once ruled by the Wadiyar dynasty, who were great patrons of art and culture, Mysuru is also known as the city of Palaces — the most well known of which is The Mysore Palace. Completed in 1912, the palace blends Hindu, Rajput, and Gothic styles to create grandeur that never fails to amaze millions of its annual visitors.

Jewels of India: 7 reasons you should visit Varanasi

6. Jaipur - Beyond being the Pink City of India, Jaipur is home to multiple architectural marvels. Opulent palaces and well-guarded forts are key features of the Rajput architecture that defines Rajasthan. The Hawa Mahal is one such palace. Built for royal women, the “Wind Palace” is made from red and pink sandstone and is famous for its 953 small windows, whose intricate lattice work allows cool air to pass through.

7. Konark - The Sun Temple in Konark is etched into our collective consciousness via the Ten-Rupee note. It goes back to the 13th century and is a chariot for The Sun God -Surya. With twelve pairs of giant wheels and seven horses, the temple once stood at 200 feet. It follows the traditional Kalinga architectural style, and is covered with intricate carvings.

Available in both Android and iOS