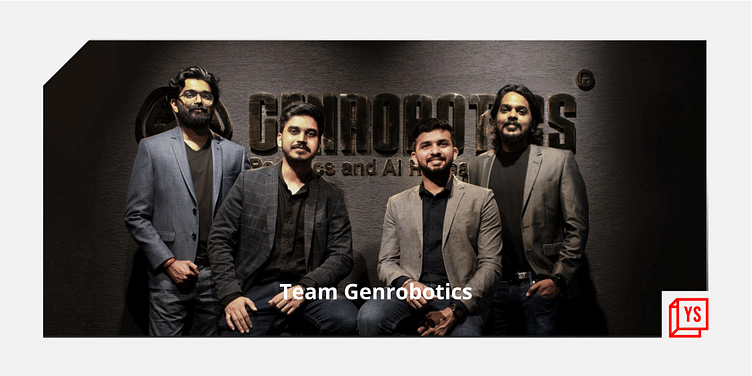 This marks Zoho’s seventh investment in Indian startups. Prior to Genrobotics, Zoho had invested $5 million in Bengaluru-based Voxelgrids, which builds Magnetic Resonance Imaging (MRI) scanners in India, in September 2021.

"We have backed a variety of companies and this would be the seventh. We are not actively scouting for investments, and these happen because the founders of these companies share a philosophy similar to Zoho," Sridhar Vembu, CEO and Co-founder of Zoho Corp told YourStory.

[Startup Bharat] Inspired by Iron Man, these engineers have built a manhole-cleaning robot that can end manual scavenging

He added, “Making this a reality requires focused, long-term investments that support home-grown deep-tech startups through intensive R&D and engineering phases, and enable them to bring their ideas to the market. Looking at how far they have come already in this journey, Genrobotics' vision resonates with us  at Zoho and we are happy to fast-track their efforts and support them in their mission to end manual scavenging.”

Recently, Zoho’s enterprise IT management arm, Manage Engine, said that it will hire 1000 Indian employees by the end of 2022 with plans of doubling revenues over the next four years.