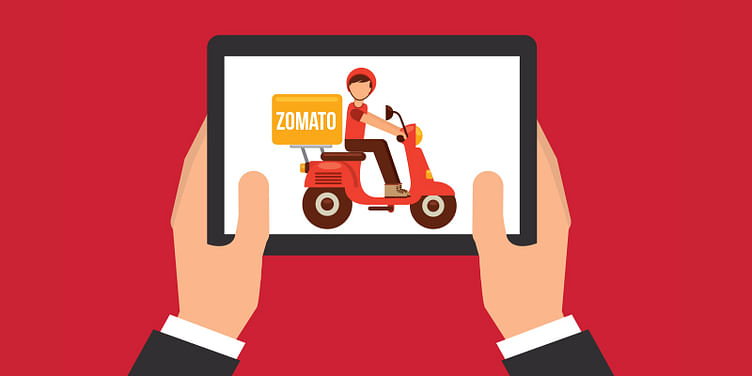 Zomato stock price showed a sharp rise as investors were confident about its future growth, given its strong revenue performance for the fourth quarter of FY22.

Share prices of ﻿Zomato﻿ rose by as much 18 percent on Tuesday, a day after it announced its financial performance for the fourth quarter (Q4) of FY 22, as the markets were enthused by strong revenue performance notwithstanding the losses.

Zomato stock closed at Rs 57.05 on Monday, and showed a sharp rise in the opening trade and touched a high of Rs 67.33 on Tuesday, which was a 18 percent gain. Later, it settled at Rs 64 level, which was a rise of 13 percent.

However, Zomato reported a loss of Rs 347.4 crore in the fourth quarter (Q4) of fiscal year (FY) 2022. This is nearly five times the loss in its previous quarter, and 2.5 times the loss it reported a year ago in the same quarter.

Following the results, Brokerage house HSBC Global Research noted that growth expectations appear a lot more realistic now for the food delivery industry, and it has factored in gross order value (GOV) growth of 19 percent over the next 10 years for Zomato.

"In the recent past, industry growth has been healthy, even if not superlative, especially considering the six percent q-o-q and 70 percent y-o-y GOV growth in Q4 of FY22. Most importantly, the average order value has remained stable since the COVID-19 led rise, and that’s been the single biggest positive surprise since our initiation in August 2021,” HSBC said.

"Our growth trajectory is back on track, and we don’t foresee 'post-COVID-19 ramifications' affecting our growth rate anymore," Zomato CEO Deepinder Goyal said in the stock exchange filings.