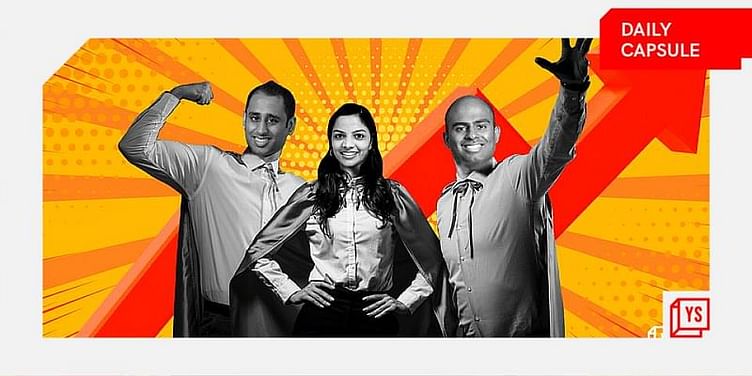 Launched in 2009, the fintech startup’s goal has been to simplify investing. With tech and product as its core focus, it now aims to have 20 million users by FY23.

Most of our morning today will be spent wondering who exactly will win the media rights to IPL 2023-27. Although it would have been very interesting to see Amazon lock horns with Reliance yet again, the US giant seems to have backed out of the race.

Day 1 of the auction closed at 6 pm yesterday at Rs 43,000 crore for TV and digital rights. Reports indicate that the bidding war is among Disney Star, Sony Pictures Networks India, and Viacom18 for broadcast rights. For digital rights, Zee was competing with Disney+Hotstar and Reliance Jio.

The rising stock of Upstox: 10 million and counting

Did you know India has the highest fintech adoption rate in the world? The Indian fintech industry, which stood at $31 billion in 2021, is projected to reach $1.3 trillion by 2025.

And it’s not just payments. The digital investment market, too, is growing rapidly. From $6.4 billion in 2021, it is expected to cross $14 billion by 2025. In today’s lead story, we explore online investment firm ﻿Upstox﻿, which recently crossed 10 million users, ahead of its competitors ﻿Zerodha﻿, ﻿Groww﻿, etc.

Cash is king. But for India’s micro, small, and medium enterprises (MSMEs), managing their working capital is one of the biggest challenges. From delayed payments, loan management to stuck inventory, etc., MSMEs are riddled with issues that prevent them from becoming financially stable.

Enter factoring. Available to corporates only until now, factoring is when a company buys debt or invoices from another company at a discount.

What is a DAO?

Last August, Bengaluru-based blockchain startup ﻿Polygon﻿ (previously known as Matic Network) announced that it will build India’s first DAO, or a decentralised autonomous organisation. So, what is a DAO?

A DAO is a digital entity built on open-source code operated by every member of its community.

In traditional structures, only a few people hold the power to make decisions that impact most or all members of any organisation. From politicians and rulers in society to board members or the C-suite for companies, decision-making is restricted to the “ones at the top”.

DAOs, with the help of blockchain technology, aim to eliminate this.

DAOs will allow organisations to break free from hierarchical structures and further motivate and incentivise their members to lead.