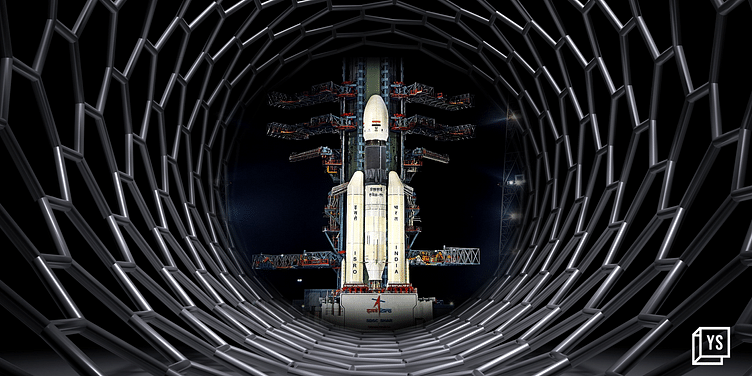 Bengaluru startup NoPo Nanotechnologies has discovered how to produce carbon nanotubes, “the ideal material” to build lighter, safer rockets that can take non-astronauts to Mars.

Gadhadar Reddy co-founded deep science startup ﻿NoPo Nanotechnologies﻿ in 2011 to fulfil his childhood dream of going to Mars. Whether through a government body or a private space startup, NoPo’s innovations over the last decade have brought interplanetary spaceflight one step closer for non-astronauts.

Gadhadar looked to develop a new, theorised super material called carbon nanotubes to make space travel safer. He recalls that everyone told him it was “not possible”, especially in India. In response, he named his startup NoPo, and got to work.

Today, Gadhadar and his team have come a long way—from figuring out how to make the carbon nanotubes to finding its applications in diverse fields.

The Bengaluru-based company is currently producing 25 grams of carbon nanotubes per month. While the production quantity is small compared to what is required for a spacecraft, NoPo is overcoming the challenge by exploring other options to drive revenue, including the use of carbon nanotubes in water filtration and battery parts.

In 2017, American space agency NASA authorised a $15 million grant to accelerate research into carbon nanotubes to aid the design of rockets targeting a human spaceflight mission to Mars.

Greg Odegard is the director at NASA Institute for Ultra-Strong Composites by Computational Design (US-COMP), which was set up to fulfill this goal. He believes that carbon nanotubes provide the most economically and scientifically feasible way to go to Mars.

In an interview earlier this year with American publication Composites World, Odegard said, “When NASA asked us to make a composite material that’s three times stronger than the state-of-the-art composite material, naturally the only way we can do that is with carbon nanotubes.”

The problem with modern space travel

As many advances as humans have made in spacetech, we have the same issues as in the 1960s. A heavy payload on a rocket, i.e., humans, along with food, air, water, and other facilities, exponentially increases the launch cost, compared to a light payload like a satellite.

In the Composites World article, Odegard says, “those things [required for human space travel] weigh a lot, and because it’s a lot of mass, you need more fuel. And the fuel itself adds even more mass.”

At an estimated $1 million per pound (around 454 grams) with which the payload, fuel, and the rocket weight costs are all calculated, it would cost NASA billions of dollars for an astronaut’s mission to Mars.

While India famously sent a rocket to Mars in 2014 for lower than the cost it took Hollywood to make the film Gravity, our current rockets are not designed to carry heavy payloads.

The Indian Space Research Organisation’s (ISRO) most powerful launch vehicle, the GSLV-Mark III, has been slated to carry the first Indian astronauts into Earth’s orbit next year. According to the Indian space agency’s website, the spacecraft has a total weight of 640 metric tonnes (or 640,000 kilograms), with a payload capacity of 4 tonnes, or just 0.63 percent of the entire weight.

Currently, space entities have to reduce fuel costs by reducing as much weight as possible from the payload, so that a fixed amount of fuel can take the rocket further.

“When we build our rockets, we have to work at the limits of everything,” says Gadhadar. “For example, when we build a [fuel] tank in the system, the tank is built incredibly tiny. There’s just enough to hold the liquids inside it. If you have more pressure [than designed], it’s going to burst.”

With the low factor of safety, interplanetary programs do not have the ability to account for anything but the basic needs of highly trained astronauts. There is no room for additional safety features, hardware redundancies, or even a few extra kilos on a passenger, as requirements needed to make space travel possible for non-astronauts cost too much.

The ideal material for space

Carbon nanotube innovations are ground breaking because they provide a solution to reduce the weight of the entire spaceship structure itself. Scientists will no longer have to worry about how to make payloads lighter, or how to take grams off from individual parts.

Gadhadar describes it as “the ideal material for space” because a carbon nanotube has almost “magical properties”.

Moreover, depending on the placement of the individual nanotubes in the material, you can create a structure that can either conduct heat well, or insulate it well. Similarly, depending on how you twist the nanotubes, they can be a great electrical conductor or a semi-conductor. Best of all, carbon nanotubes do all this while being incredibly light and highly resistant to pressure.

Considering all this, Gadhadar says that spaceships made with carbon nanotubes instead of modern materials will reduce the rocket’s weight “by a factor of 10”. Thus, a spacecraft of the same size and fuel capacity, but built completely with carbon nanotubes, would weigh one-tenth of a current launch vehicle.

Theoretically, rocket manufacturers need not worry about the weights required to build for the comforts of non-astronaut space travel.

Production is a challenge

The world has known about carbon nanotubes since the mid-1980s, yet its applications are relatively small today. Producing carbon nanotubes, and producing them consistently, has been a monumental challenge.

“One day we would have very good production, and we would be super happy,” says Gadhadar. “Another day, we’ll turn on the reactors, and the production is very low. Everything [about the reactors] is the same!”

After spending half a decade figuring out how to make the carbon nanotubes, Gadhadar placed faith in a new hire straight from college, Anto Godwin. Godwin got to work, testing and re-testing the reactor under as many different conditions he could think of, from pressure to temperature to component quality, and more.

Godwin was able to isolate more than 250 variables that were affecting the reactor over the next half decade, thereby ensuring the reliable production of consistently designed carbon nanotubes.

“The gross margins at scale are huge”

NoPo has been able to consistently produce carbon nanotubes for a few months now, and has spent the intervening time scaling up production as fast possible. At the moment, the startup has two functioning reactors, one under construction, and the capacity to build 30 in the current office premises.

“Today, the reactors we have, they produce about 25g of material a month,” says Gadhadar. “Which is a small quantity of material compared to what would be required for a spacecraft. A spacecraft that’s looking to carry like 30 tons in to orbit, the vehicle mass itself is going to be 100 tons,” he added.

NoPo’s challenge is to scale up production quickly. While the company raised a small undisclosed round in 2019, Gadhadar is now talking to investors about raising a growth round. However, the startup has another viable path to cashflow.

In financial terms, it costs them $0.4 worth of Carbon Monoxide and $0.0075 worth of Iron Pentacarbonyl to produce 1 gram of carbon nanotube, which NoPo sells at between $300 and $500 per gram. As Gadhadar puts it, “the gross margins at scale are huge.”

He acknowledges there are huge electricity charges, as well as the decade-long R&D costs to be factored into any calculations. However, the math does suggest NoPo can fund growth with its current limited production.

Currently, NoPo is engaging with a surprising buyer for its carbon nanotubes--water filtration system manufacturers. The material provides much better membranes for water filtration techniques than current materials, with on-going pilots showing that NoPo’s nanotube membranes are 400 percent more effective in dealing with industrial waste water.

The company is aiming to supply the paper industry in South India as well, who require four lakh square meters of membrane. In his talks with insiders, he learnt that the last innovation in filtration systems improved efficiency by just 10 percent, but caused the entire industry to switch over.

While water filtration remains NoPo’s primary revenue driver, the company has also been presented with an unforeseen opportunity.

One of the largest producers of single-walled carbon nanotubes in the world is a Russian firm called Tuball. Car manufacturers have used Tuball’s material to stabilise electrodes on their batteries, but with invasion-linked sanctions in place, they are looking for new partners.

Tesla and Toyota have reached out to NoPo to pilot its nanotubes . This could be another possible avenue to drive the revenue needed to build a larger facility that can house 300 reactors, and potentially produce tons of nanotubes per month.

As the only Indian company that can produce carbon nanotubes consistently, NoPo has an opportunity to dominate the local carbon nanotube market, whose demand stood at 263,000 tonnes in FY 2021, according to Chemanalyst.

However, Gadhadar has not forgotten his original dream amidst these opportunities. “When they [space entities] actually start using the material, it starts making a difference,” he says. “We are looking at small parts on the vehicle that can start using it right away in its current form.”

While NoPo continues to plan for a rocket made of carbon nanotubes, it is currently building fuses for small satellites to test the material in space. Gadhadar hasn’t forgotten his ambition of travelling to Mars, but he knows he needs to start small, again.