From India to infinity 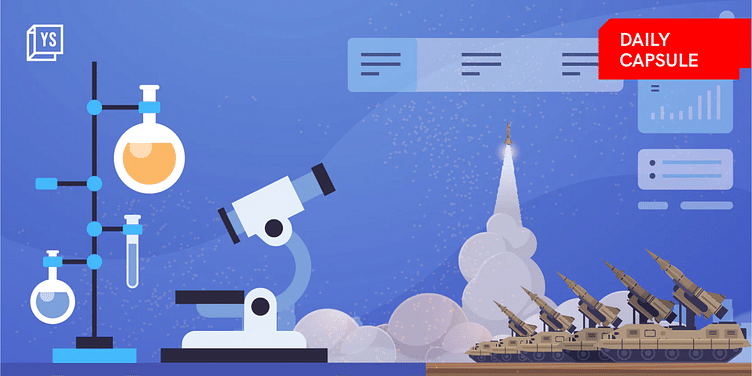 CeraTattva is now the first startup/private company in India with the capability to make preceramic precursors that are both non-silicon and non-oxide-based.

We are far from the end of the Elon Musk-Twitter saga.

In a new development, several large US and international banks—led by Morgan Stanley and six others, including Barclays and Bank of America—stand to lose $500 million or more if they proceed with obligations to fund Elon Musk’s $44 billion takeover of Twitter.

The banks committed six months ago to raise $13 billion in debt to finance Musk’s purchase–an agreement that does not hinge on whether they can sell the debt on to investors.

According to Bloomberg calculations, the banks’ losses would collectively amount “to $500 million or more if the debt were to be sold now”.

However, in India, it is silver that is seeing big premiums. The differential has soared recently to $1, more than triple the usual level, according to consultancy Metals Focus Ltd.

Here’s your trivia for today: Which ISRO-developed navigation system will soon become mandatory for smartphones sold in India?

When Ganesh Babu left for lunch on a cool October day last year, he did not know that the chemicals he left behind in his lab could potentially take India closer to its growing space ambitions.

But what are these special materials and what is their link to India’s space ambitions? Ganesh, Founder and CEO of CeraTattva InnoTech Private Limited, had a breakthrough in creating unique “preceramic precursors”—certain highly adaptable materials that can, in turn, produce products that withstand extreme conditions.

Omnichannel home interiors and renovation platform ﻿Livspace﻿ has allocated $100 million to invest in and incubate brands and content destinations across markets in home decor, renovation, interiors, and ancillary systems.

The unicorn aims to nurture an ecosystem of brands with similar synergies while fuelling expansion across India and international markets, including Singapore, Malaysia, and the Middle East.

Change of plans for Forus

Bengaluru-based ﻿﻿Forus Health﻿, which﻿ took 12 years to become profitable, derives much of its earnings from sales of its proprietary eye screening devices, including among the world’s most advanced tools for detecting retinopathy in premature babies.

The company is now projecting a 500% surge in revenue in five years as it turns its business model on its head, focussing on services and platforms as it plots an aggressive expansion in the US.

Which ISRO-developed navigation system will soon become mandatory for smartphones sold in India?