Forus eyes services, US for growth spurt after turning a profit selling devices 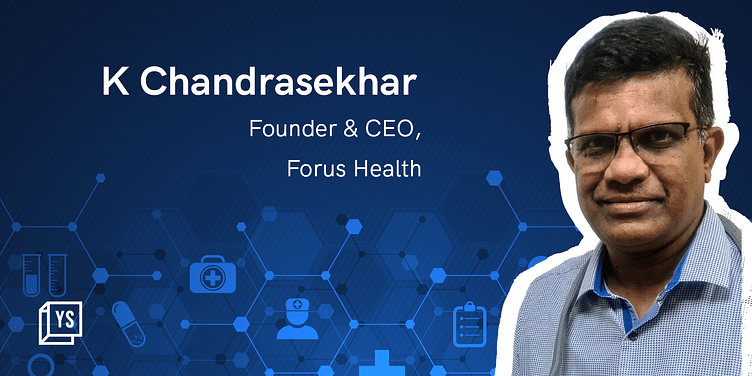 Forus has saved millions of people, including newborns, from blindness with its affordable and portable eye screening devices. Along the way, it built a global network, including hospital chains and technology giants, that it’s now leveraging as it embarks on another audacious journey.

It’s interesting what the first flush of profitability can do to a company’s ambitions.

Bengaluru-based ﻿Forus Health﻿ took 12 years to become profitable, much of its earnings deriving from sales of its proprietary eye screening devices, including among the world’s most advanced tools for detecting retinopathy in premature babies.

The company’s now projecting a 500% surge in revenue in five years as it turns its business model on its head, focussing on services and platforms as it plots an aggressive expansion in the US.

Services and platforms, deemed more investor-friendly, currently contribute about 10% to Forus’s business. The company expects this to scale up to 70% in five years, with key growth coming from the US, a particularly tough terrain for domestic med-tech and biotech startups. A win there will be quite significant for the broader health-tech sector in India.

Forus is also planning its fifth fundraising round to drive this expansion. It has so far secured only about $18 million since it began operations in 2010. Founder-CEO K. Chandrasekhar didn’t disclose how much the company plans to raise now, or Forus’s present and expected valuation, only saying the company would continue to be conservative in fundraising.

But the angst is evident when Chandrasekhar talks about investments. “It gets frustrating sometimes when we hear somebody has raised $50 million or $200 million. Because although I have built a profitable tech-product business I am made to run around to raise even $2 million,” he says. “We are given no respect.

Forus’s plan for a big transformation rests on it becoming a digital platform and using artificial intelligence to reach millions of people globally, says Chandrasekhar. As part of this, the company plans investing at least $5 million for its US expansion over the next 2-3 years.

Forus first announced a subsidiary in the US in 2016, and has been focused on building a network there comprising eyecare specialists, clinics and hospitals, and other stakeholders.

“Forus is one of very few (domestic med-tech) companies with five US patents,” says Sameer Wagle, Managing Director at Asian HealthCare Fund, which first invested in Forus in 2014. “They have been selling there for the last five years. And over the last 12-18 months, they have been in discussions with strategics to do a more aggressive rollout in the US market.”

“Forus is at an inflection point,” says Sameer, highlighting what he terms as the company’s three levers of growth. “Its portfolio of devices will keep increasing, but growth will also come from the two newer engines… The equipment sale will have steady growth, and we’ll see some phenomenal growth coming from the services side and from the US market.”

Chandrasekhar, an alumnus of BITS-Pilani and IIM-Calcutta, was earlier a Director of Strategy at the Netherlands-headquartered NXP Semiconductors, which was spun off from Philips in 2006. “I chose to study engineering because I was bad at biology,” he says.

He began Forus (literally, for us, for Indians) for mass early intervention in preventable blindness following months of interactions with Dr S. Aravind, presently Chief Medical Officer at Aravind Eye Hospital in Chennai.

The interactions were initially part of a Philips innovation initiative introducing its leaders to experts from other fields. But those continued even later as a side project with frequent weekend visits to Aravind Eye Hospital’s main facility in Madurai, motivated in part by Chandrasekhar’s fondness for the city, the centuries-old Meenakshi Amman Temple there, and the famous Murugan idlis.

As Chandrasekhar met with doctors and, importantly, patients, he understood some of the main hurdles to preventive eye care. Among those, a reluctance to lose hours with the eyes dilated (which could deprive several of a day’s livelihood), and a dire shortage of ophthalmologists (one for every 70,000 in India, which hasn’t improved much since).

And that’s how Chandrasekhar decided to build a portable and rugged device that would allow for capturing images without dilation, as well as enable remote diagnosis (the ‘cloud’ wasn’t a popular concept yet).

Forus has developed several specialist eye screening devices since; its 3nethra neo HD FA is considered among the most advanced globally for neonatal retinal imaging.

Retinopathy of Prematurity, or RoP, is an eye disorder in babies born premature that can cause severe visual impairment and even blindness but is preventable with timely detection and treatment.

As it sold these devices, primarily to retina specialists and ophthalmologists, Forus also created an ecosystem of experts that it can now parlay for its services and platform play.

“That’s where I see maximum growth happening. When we go directly to the consumer, the scope is much larger,” says Chandrasekhar.

Globally, at least 2.2 billion people are estimated to have near or distance vision impairment, which could have been prevented or is yet to be addressed for about half of them, according to the World Health Organization.

The annual global costs of productivity losses associated with uncorrected myopia and presbyopia alone are estimated at $244 billion and $25.4 billion, WHO adds.

While several companies, including global brands, have started actively addressing this problem, including with affordable solutions, Forus still stands out.

“Forus played a significant role in creating this market (for affordable retina imaging devices),” says Dr Aravind over a phone call. “Globally, they are playing a very important role. While (device) cost is not a barrier anymore, where Forus has got an edge now is the network effect.”