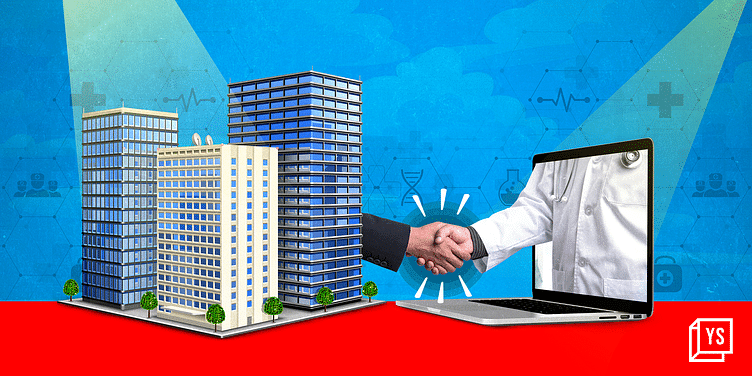 Forty-year-old Sheela used Practo’s virtual doctor consultation service for the first time during the COVID-19 lockdown in 2020. Her mother was ill and needed medical attention. She hopped on to the website, selected the earliest available doctor, and had an appointment over an audio call. The process was quick and convenient.

But Sheela hasn’t used the platform ever since in-person consultations resumed upon the lifting of restrictions. She finds it easier to visit her family doctor who lives nearby, and isn’t the only one.

With the lockdowns now in the past, people no longer find it necessary to use teleconsultation platforms. This poses the biggest challenge for telemedicine startups focused on video consultation as they relied on consumer preferences moving towards digital even after the pandemic—which hasn’t happened.

Many telehealth startups now realise that it hardly makes sense to keep teleconsultation as an isolated service amid skyrocketing customer acquisition costs and rapidly evolving consumer preferences. They are now hunting for ways to revamp the stagnant business.

The rise and fall

The teleconsultation space grew tremendously during the pandemic. A total of $52 million was invested in teleconsultation startups in 2020—up from $5.8 million two years prior, according to data by market intelligence firm ﻿Tracxn﻿.

The demand grew by as much as 500% in India, with more than 85% of users being first-timers, according to a 2020 report by Practo. People from across age groups took to their smartphones to speak to physicians, order medicines, and book diagnostic tests.

Naturally, several players thrived—with ﻿Practo﻿, Tata ﻿1MG﻿, ﻿mfine﻿, and ﻿Pharmeasy﻿ among the biggest gainers. Even hospital chains like ﻿Apollo Hospitals﻿ and Fortis allowed patients to speak to doctors from the comfort of their homes.

But while patients briefly made good use of these services, firms were fighting hard to make sense of the business.

For one, building a teleconsultation-focused business comes with high costs. The cost of acquiring a customer can be as high as Rs 3,000—owing to digital and offline marketing, along with deep discounting, according to Dr Preet Pal Thakur, Founder of Glamyo Health. With every consultation fetching only up to Rs 600, firms found it difficult to recover the cost.

Two, retaining customers is difficult. “Most people may not even want to retain the mobile app after a consultation so it becomes difficult to convince them to keep using the service with teleconsultation offering. So it makes sense to add more services to it,” Sanjay Vinayak, Founder and CEO of ﻿Connect and Heal﻿, tells YourStory.

Doctors share a similar sentiment. Several of them took to these platforms in March 2020, but now with offline services having resumed, they too are preferring in-person consultations.

According to Dr Lalmal Sawma Ralte, a surgeon based out of Assam, diagnosis of ailments happens accurately only when the doctor assesses the patient themselves. He no longer finds value in using a teleconsultation platform and believes that doctors must be where the patients are.

How Practo is ramping up telemedicine services to deal with coronavirus

“The idea is to create a holistic hospital experience. Just like in a hospital, all facilities must be available as a bundle when a customer (patient) visits the platform so that they don’t have to deal with different requirements separately,” says Shyatto Raha, Founder of MyHealthcare.

Since its founding over 10 years ago, Practo made teleconsultation a core part of its offerings. It introduced subscription plans to retain both patients and doctors in response to the pandemic and more recently, forayed into the surgery space through its Practo Surgeries vertical. So far, the company has raised upwards of $200 million from marquee investors such as ﻿Sequoia Capital India﻿, ﻿Matrix Partners﻿, and ﻿RTP Global﻿.

Even five-year-old ﻿mfine﻿ created its own end-to-end workflow—right from consultation and lab testing to online medicine delivery and follow-up assessment.

“The economics are viable this way,” says a healthcare investor from a prominent venture capital firm who did not want to be named. “Our portfolio companies have learnt the hard way that the boom in demand for teleconsultation was a fad just like e-pharmacy.”

The investor highlights that diversification allows firms to reduce dependence on a single source of revenue, which was as good as nil for several players to begin with.

For ﻿Glamyo Health﻿, teleconsultation no longer contributes to the topline but helps in lead generation for its allied services. Dr Preet Pal says that while the company’s core area of focus has always been elective surgeries like proctology and cosmetology, virtual consultation helps doctors conduct preliminary assessments. “While not all patients may convert for surgery, it helps us understand the needs of patients. We don’t look at teleconsultation from a revenue standpoint,” he notes.

Smaller startups are also following in the footsteps of bigger players to strike a balance between teleconsultation and addendums.

Delhi-based ﻿MeraDoc﻿ is also looking at strategic partnerships with corporates like Flipkart and with insurance players for seamless claims. The one-year-old firm currently focuses on full-stack healthcare services, including video consultation with doctors and lab testing. Co-founder Eshaan Singh says that in the coming years, diagnostics and e-pharmacy are expected to be its biggest revenue generators.

Another Delhi-based healthcare service provider, vHealth by Aetna, is attempting to streamline the patient journey based on their diagnosis. It plans to integrate with the Ayushman Bharat Digital Mission platform to ensure all medical records are stored under the National Health ID of the patient, who will have full control of viewing, sharing, or granting access to their data. It currently offers a host of healthcare services—from teleconsultation and follow-up tests—in over eight regional languages

“The objective is to ensure last-mile connectivity with patients for treatment continuity during hospitalisation as well as post-hospitalisation care—all under one digital platform,” says CEO Anurag Khosla.

Many healthtech founders had their eureka moment just in the last few months. They have not only identified pain points in the fundamentals of running a telemedicine startup but have also realised that they might have misjudged their target audience.

“A direct-to-consumer (D2C) approach works but adds to the problem of repeat customers,” Sanjay from Connect and Heal explains. The platform has now doubled down on its focus on corporate clients—something Practo did a few years ago when it started tying up with organisations and their employees a bundle of healthcare services.

“This way, luring a single client won’t be difficult because organisational partnerships give the platform to all its employees at once and helps the business keep a finger on the pulse of the market,” he adds.

The shift to B2B is common in other sectors as well. For instance, food delivery platforms like ﻿Zomato﻿ and ﻿Dunzo﻿ have begun doubling down on their tie-ups with restaurant partners to give an additional cushion for revenue.

﻿ekincare﻿, a platform that uses artificial intelligence for all its services including telemedicine, e-pharmacy, and vaccinations, also targets organisations and says it helps employers save up to 90% on their healthcare costs. Dr Noel Coutinho, Chief Business Officer of the company, says that the company identified the troubles of running a telemedicine platform early on and focused on targeting corporates.

However, Practo seems to be an outlier. The Sequoia-backed startup derives 80% of its business from the B2C model and expects the revenue to increase over the next few years, according to Dr. Alexander Kuruvilla, Chief Healthcare Strategy Officer of Practo.

“With the reach of teleconsultations, and as we further penetrate into Tier II and III markets, especially with the availability of doctors who speak the same language as the patients, the solutions we will provide across specialities is immense. We also plan to grow and expand our offerings by increasing the number of doctors on our platform by 4X in the next few years,” he adds.

The teleconsultation boom may be slowly dying down, but founders in the ecosystem are certainly finding their way to stay afloat. While it may be too early to say how the shift in gears will pan out for the startups, healthtech startups are eager to test new waters.

(The story was updated to correct a typo, and to mention that MyHealthcare is Delhi-based.)