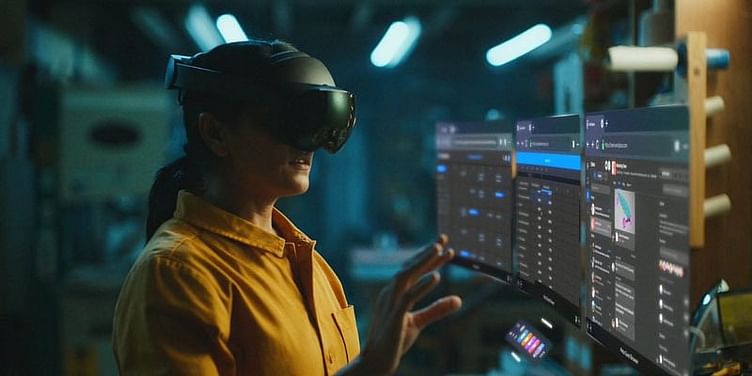 Meta's new mixed-reality headset, the Quest Pro, will allow consumers to interact with virtual creations that are overlaid on to a full-colour view of the surrounding physical world.

Meta, formerly known as Facebook, has unveiled the Meta Quest Pro, a mixed reality headset designed to help users access the Meta-built virtual reality (VR) metaverse. The Quest Pro is priced at $1,499, and will be available for purchase from October 25.

In a blog post, the company revealed that the headset can be purchased from the Meta Store in any Meta Quest-supported countries, or on Amazon for customers in US, Canada, UK, or France. At the moment, the only Asian countries that support the Meta Quest are Japan, South Korea, and Taiwan.

The Meta Quest Pro is the company's latest VR headset that helps people enter the 'metaverse', a virtual reality space where users can interact with each other via digital avatars and full immersion. The company has already released a couple of headsets, including the Quest 2 in October 2020, which will continue to be supported.

The company says the Meta Quest Pro headset comes with improved performance, backed by the new Qualcomm Snapdragon XR2+ platform that is optimised for VR, as well as better optics and eye tracking to improve avatar recognition for users.

According to the blog, "Mixed reality on Meta Quest Pro lets you combine your physical environment with virtual elements in a realistic way, leading to enhanced social presence, productivity, and collaboration."