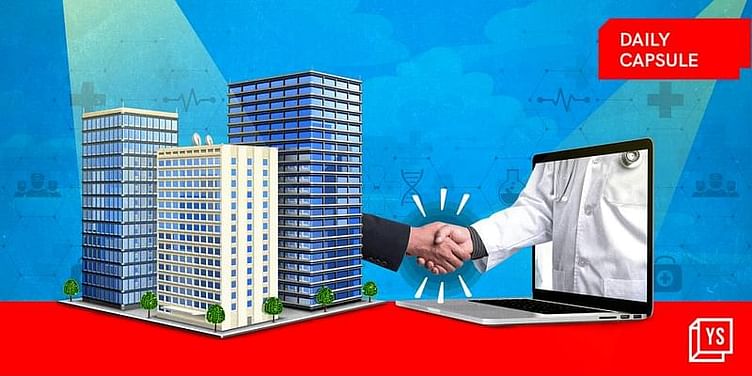 Now, 15 years later, one collector paid a little over $39,000 for a factory-sealed model of this first-edition iPhone—an undisputed piece of tech history.

It may not have all the bells and whistles of the recent models but the OG iPhone does have a headphone jack.

In other news, Gurugram-based ﻿Droom﻿ has withdrawn its initial public offering. While 2021 saw a slew of startups hitting the bourses, this year, however, many are stalling their public listings, including ﻿Oyo﻿, ﻿Pharmeasy﻿, ﻿Ecom Express﻿, ﻿FirstCry﻿, and ﻿MobiKwik﻿.

Meanwhile, here’s a look at all the wealth made and lost by 58 Covid billionaires—people whose wealth multiplied at an accelerated pace due to the pandemic.

Spoiler alert: They are now losing money even faster!

Here’s your trivia for today: Who was the last astronaut to have walked on the moon?

As we overcome the effects of the pandemic, healthtech startups focused on teleconsultation find themselves increasingly isolated as consumer habits revert to pre-pandemic healthcare.

EV maker ﻿Ather Energy﻿ is raising capital fast! It has now secured Rs 400.6 crore ($48.7 million) from Caladium Investment and Herald Square Ventures as part of its Series E round.

This is the second funding raised by Ather in 2022. In May, the startup raised $128 million to keep in step with the launch of the new-generation model of its electric scooter 450X.

"The idea is to hire more people and expand the team on the tech side of things, business side and the marketing side," said founder Nischal Shetty.

Who was the last astronaut to have walked on the moon?

Answer: Harrison Schmitt, during the Apollo 17 mission in 1972.