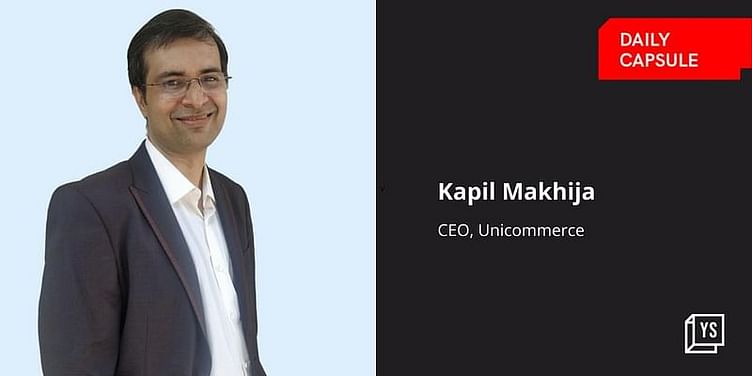 Between 2012 and 2017, the ecommerce and retail enablement platform focused largely on small and medium businesses. By 2017, Unicommerce realised the potential of turning towards large enterprises.

Let’s start with some good news.

SBI Chairman Dinesh Khara said that the impact of a global recession is unlikely to be as pronounced in India compared with other countries.

Meanwhile, ISRO is set to add yet another feather to its cap as its heaviest rocket—Launch Vehicle Mark 3, which launched Chandrayaan-2—will enter the global commercial launch service market by placing British broadband into orbit.

ICYMI: A pair of Levi’s jeans from the 1880s—just a few years after the company was started in 1853—were found in an abandoned mine and auctioned off for more than $87,000.

Ageless classics and all that jazz…

Here’s your trivia for today: Which country has the world’s longest coastline?

When ecommerce supply chain SaaS solution platform ﻿Unicommerce﻿ started a decade ago, it empowered online businesses to manage orders from multiple marketplaces through its platform.

Now, a full-stack tech platform with a focus on large enterprises and international markets, it processes 20% of India’s dropship ecommerce volumes and handles over 600 million orders annually.

An oasis of flavour

Chef Niyati takes the meaning of the asterisk in the name of her restaurant KMC* very seriously. She does not want to put any labels on the place, which can metamorphose into a cafe, coworking area, adda, or comfort zone.

“The K in KMC* is for kitab (book), M is for mahal (palace), and C we have left to the people. It can be creative, curious, or crafty…it can be anything,” she explains.

While remote work has opened up many work opportunities, companies often struggle to retain good and reliable tech talent.

Which country has the world’s longest coastline?

Answer: Canada. Its coastline measures 243, 042 km covering the mainland and over 50,000 islands. The country is surrounded by three oceans—The Atlantic, The Arctic, and The Pacific.