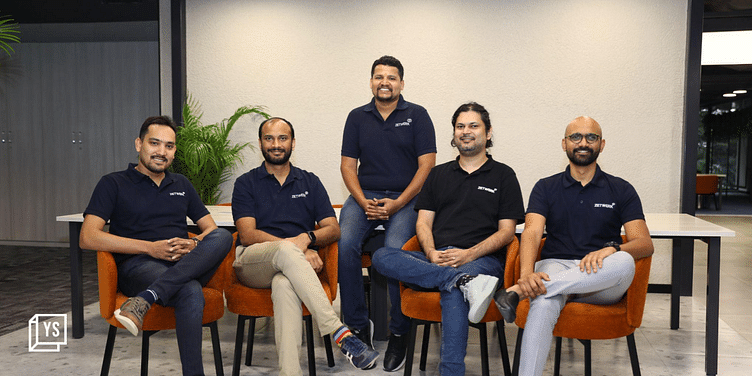 After seeing multi-fold business growth over the last year, manufacturing unicorn ﻿Zetwerk﻿ is now embarking on a second wave of diversification and international expansion to fuel its next leg of growth.

As part of its go-to-market strategy, Zetwerk partners with industrial and consumer enterprises to get their products manufactured via a global network of small manufacturers.

The company, which was founded in 2017, is now looking at a second wave of diversification.

“We are looking at newer industry spaces such as EV component manufacturing or green hydrogen that do not exist today,” says Srinath Ramakkrushnan, Co-founder and COO, Zetwerk.

The company is still considering aspects like market potential and global scale-up opportunities for the new supply chain.

In the existing industrials business, Zetwerk is experiencing the benefits of stronger private capex cycles from companies across industries. At present, it operates in 12-13 supply chains like oil and gas, railways, defence, aerospace etc. It is looking at penetrating deeper into each of the segments to expand its market share.

Its consumer business, which was launched in 2020, makes up about 30% of Zetwerk’s overall revenue. This is expected to touch 35-40% in the next couple of years. Zetwerk operates in two broad consumer supply chains—consumer electronics and apparel.

The eB2B market size in India is $1.7 billion at present and is expected to reach $60 billion by FY25, according to insights by Lightbox.VC. Key players in India’s B2B ecommerce market include companies such as infra.Market,  Moglix, OfBusiness, and Zetwerk.

The reason B2B marketplaces have been so successful in India is that they have been able to lock in supply, enable consistent demand for SME manufacturers, and secure good quality products for the marketplace’s customers.

“Zetwerk has been very distinctive in its offerings in the B2B ecommerce space. We can expect more in-house manufacturing as the company grows. With India seeing a huge infra push, Zetwerk will benefit from this current playbook. Zetwerk is still to establish its business model on the international front,” says Mohit Rana, Partner, RedSeer Strategy Consultants.

Investments into B2B ecommerce have seen a multifold increase from $4.10 million in FY19 to $2.9 billion in FY22, according to investment tracking firm ﻿Tracxn﻿.

Zetwerk has no plans to raise funds at the moment for this diversification and expansion. In December, Zetwerk raised $240 million at a valuation of $2.70 billion.

“We are well capitalised and profitable as a company. We are leveraging the banking system of the country to create efficient business models,” Srinath says.

Zetwerk's Amrit Acharya on the importance of founder-market-fit, and when to listen to customers

Another big focus area for Zetwerk is its international business. It aims to drive 15-20% of its revenue from international markets going forward.

“Eighteen months ago, exports were just 3% of our overall revenue; today they are about 16%. Although domestic business is 84% of revenues, international business is growing faster than domestic,” Srinath says.

At present, Zetwerk generates about Rs 700 crore from its international business. The US market accounts for nearly 70% of the company's worldwide sales.

“China plus one is propelling our international revenue. Most customers outside India are now looking at India as an important manufacturing destination in their own supply chain,” Srinath says.

Despite fears of a possible recession in global markets, Zetwerk doesn’t expect any long-term pain.

“We are bullish despite the recessionary context. We are setting aside $10 million for setting up stronger capabilities in the US market,” says Srinath, who is also exploring ways to partner with US companies in line with the recently announced Inflation Reduction Act (IRA) by the US government.

At present, Zetwerk has two international subsidiaries, US and Singapore. It is now setting up another subsidiary in the Middle East.

Srinath admits that the company has not been very proactive in creating forward supply chain investments outside India, especially in business development infrastructure, customer management, and account retention. The aim is to strengthen global presence and work on these areas in a bid to drive business growth.