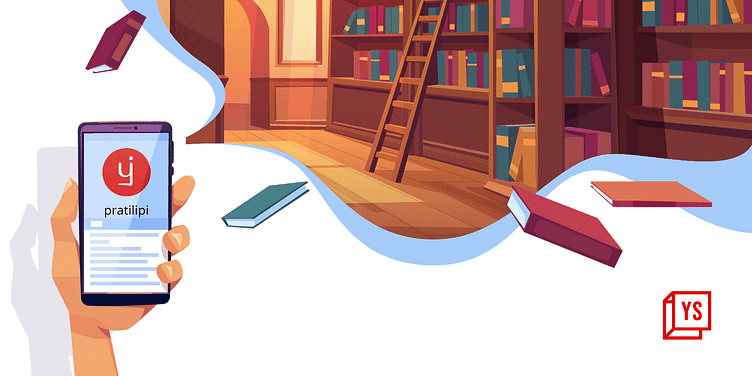 This week on App Friday, we review the homegrown storytelling app Pratilipi, available on both iOS and Android phones.

If there’s one thing humanity alone can be credited for, it’s the art of storytelling—passing on nuggets of history from generation to generation across centuries and millennia. Started with oral storytelling, we moved to writing and printing, and now, all it takes is a couple of thumbs punching on a smartphone screen.

﻿Pratilipi﻿ strives to democratise this art form with a self-publishing app by the same name where anyone can pen a story in any language they want. It houses stories across genres and formats (long-form or short stories, audio, graphic comics) and makes them accessible to people who prefer their mother tongue over English.

The book app has over 10 million downloads on the Google Play Store, with a 4.7-star rating. The free-to-download app is also available on Apple App Store.

The app can be accessed quickly and without many inputs by signing up with your email or a social media account. Next, you have to select your preferred language and pick from a list of genres and formats of your interest.

To get started, the homepage displays recommendations based on your selection, and these are sorted by genres and formats. There’s also an editor’s pick section that puts together an interesting to-read list.

Apart from reading, the app also helps you write your own stories on the ‘write’ tab.

The interface is really simple, and to get started, all you have to do is enter the title and start writing the story in the ‘body’. While publishing, Pratilipi asks you to tag the story (sort it by genre and sub-genre) as well as input the format you’re publishing in.

The ‘library’ tab features all the books you’ve picked up to read. Once you start following a book and finish the first five to six chapters, the app mandates you to wait until the next day to unlock a new chapter. While some books are free to read, you have to pay for several others—something the app doesn’t mention upfront.

The app also gives you the option to follow your favourite authors on the platform.

There are more misses than hits with this one.

To be fair, the app and its intentions are astute. The UI/UX is compelling too, albeit it could use some improvement.

My biggest problem with the app is the content itself. Pratilipi feels more like an all-format social media than a storytelling platform. While I thoroughly enjoyed some of the books and stories I read on the app, I had to sift through a lot of “stories” that were mere one-line sentences, reminiscent of tweets, than actual, worthwhile stories. Several users seem to mistake Pratilipi for their personal diaries, Twitter/Facebook pages, WordPress blogs, promotional page, and a text version of Instagram reels.

Some stories began with “hi guys, today I’m going to tell you the story of XX, but before I do that, please follow me on Pratilipi, cheerio”—which, as a reader, is not something you’d ever want to read in a book.

As a writer who hopes to pen my own ‘On the Road’ one day, Pratilipi’s proposition of a democratic platform for self-publishing is interesting. However, what it needs are moderators and editors to weed out posts that do not fall under its prescribed formats. One-line posts that should’ve been a tweet may not be in the spirit of what the app is trying to accomplish or what its founders envisioned, and may put off voracious readers.

While a lot of the content listed on the app had a reading time between three to six minutes—implying that most content falls under the microblogging category—there is longer, bookish content too, but isn’t as common.

The reading interface is also counterintuitive. Instead of scrolling down the way you would a webpage on a mobile device, you have to swipe from right to left, which feels jarring. Given the fact that most people access Pratilipi on their phones, this feature needs to be revisited.

While you shouldn’t judge a book by its cover, the sleeve is something most readers look at first, even for e-books. On Pratilipi, the cover art on most books was extremely generic, sometimes with just some random Korean guy’s face, and without even the cursory title of the book. I wish the platform offered users an easy way to create great cover art on the platform.

Overall, Pratilipi could do with being more prescriptive—enforcing content guidelines and cover art formats, and curating the platform more meaningfully with the help of moderators and editors could make it shine.

In its current state, the platform needs to accommodate more long-form stories and books. If it’s able to introduce an option of looking up trending stories/books on the platform before you even dive in, that’ll be the cherry on the cake.