From monetisation to Web3, here’s a look at India’s gametech space 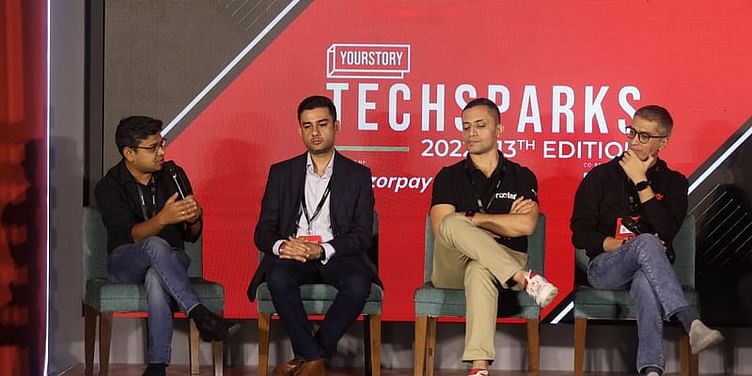 Web3 has emerged as an increasingly popular technology in games, with 30% of 450 Indian Web3 companies operating in gaming.

Indian gametech industry has shown great potential recently with the average gamer’s appetite having grown, catching on from when pandemic restrictions forced millions to stay indoors with not much to do by way of entertainment.

While this has opened the doors for significant monetisation opportunities, and expansion into emerging areas such as Web3, there are also challenges along the way in this multi-million-dollar business, said speakers participating in a series of discussions on gametech at YourStory's startup-tech event TechSparks 2022.

In terms of gamers base, India has over half-a-billion gamers, of whom nearly one-fourth are paying users. The average revenue per paying user, however, was estimated to be only $20 annually in the previous financial year.

Even so, there are challenges such as the classification of certain games under game of skill and others as a game of chance, and taxation rules. Certain states in India have banned games of chance, considering those to be a form of gambling.

Gametech founders and investors are trying to understand how these challenges will eventually impact the industry, and if an investment in the space will bring certain returns, Shashank said.

But amidst these challenges, there are new opportunities as well, in the form of Web3 and metaverse.

Blockchain, the technology behind cryptocurrencies and non-fungible tokens, or NFTs, is also powering Web3 games. Web3, in combination with NFTs, opens the door wider for player monetisation, an important aspect of bringing and retaining users.

That said, this emerging space, too, poses some hurdles.

“The biggest challenge is adopting Web2 users to Web3,” Prasad Kajarekar, Product Lead, Web3 and Games at ﻿Loco﻿ said, participating in another gametech panel discussion on 'Playing in Web3: Can India lead the change?'

“We need to just mirror the demand that we see in the market and not reinvent the wheel,” Prasad said.

Web3 emerged as an increasingly popular technology in games, with 30% of 450 Indian Web3 companies operating in gaming.

“The reason why India is the best place now, from an investor's perspective, to place your bets is because if you typically look at the Western gaming studios, and the credits of an AAA game, the team that developed the game is predominantly Indian,” Shashank said, adding, “this is the best time to be starting a gaming company.”