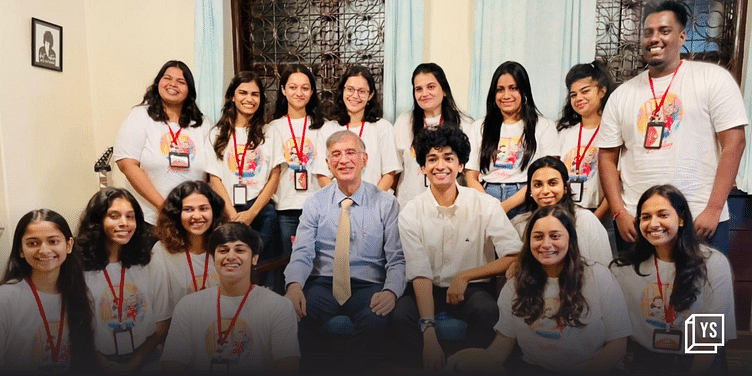 The investment will be channelled to strengthen the startup's rapidly growing Mumbai operations, fulfil the influx of enquiries for senior companionship from across the country, and expand its services.

﻿Goodfellows﻿, a senior companionship startup, has raised a fresh round of seed capital from investors including Niranjan Hiranandani, Co-founder and MD of Hiranandani Group, and Shradha Sharma, Founder and CEO of YourStory.

As per the official release, the investment will be channelled to strengthen the startup's rapidly growing Mumbai operations, fulfil the influx of enquiries for senior companionship from across the country, and expand services to new cities like Pune, Kolkata, and Bengaluru. Goodfellows will also test its corporate offerings with its first corporate contract.

“Goodfellows has understood the problem, looked for a solution and worked out a concept around it. This is what makes it wonderful and unique. It is a concept needed in today’s world,” said Niranjan, an ardent supporter of youth initiatives.

Shradha Sharma started YourStory in 2008 with the aim of championing untold stories of entrepreneurship in India. She has been a key player in building India’s startup ecosystem and is a member of the National Startup Advisory Council.

On the funding, she stated, “I believe some startups are meant to purely impact a community in a positive way and Goodfellows is a great example of that. As someone who is in entrepreneurship to create impact more than anything else, I am happy to see Shantanu and his team go in this direction.”

Niranjan and Shradha will be part of the startup's advisory board.

Commenting on the investment, Goodfellows founder Shantanu Naidu expressed, “Such investors that have a personal interest in creating true impact and supporting social entrepreneurship in the country give us the strength to continue with full faith in helping the country’s elderly combat this social problem.”

Goodfellows was launched in September 2022, with a token investment from Ratan N Tata. Shantanu continues to be a part of Tata’s office.

According to the 2021 Longitudinal Ageing Study in India report, about 5.7% of the country’s senior citizens (age 60 and above)—or around six million people, as per the 2011 Census—live on their own without the support of family or friends. While some of them take the support of caregivers, the issue of loneliness or lack of company has been the primary reason for deteriorating mental and physical health.

Shantanu emphasised that for Goodfellows, companionship means different things to different people. To some, it may mean watching a movie, narrating stories from the past, going on a walk or quiet company sitting around doing nothing together, and Goodfellows strives to accommodate it all.