From scratch cards to electricity bills: how streaming firms are throwing darts to woo viewers 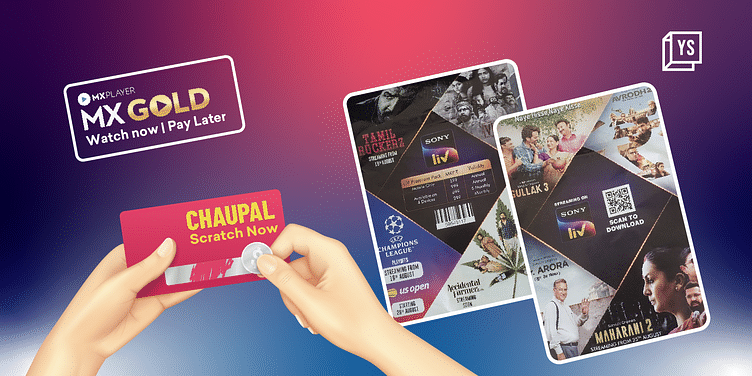 In September, several residents in Mumbai received a pamphlet from SonyLiv with their daily groceries. It featured some of the streaming platform’s recent shows—a small-town family comedy Gullak; Maharani, a political drama; and the Imtiaz Ali-created Dr Arora—with a QR code to download the app and its subscription plans.

SonyLiv’s also advertising on electricity bills in Mumbai and on boarding passes across at least 14 airports, and is considering a plan to feature on consumer products as well.

“The idea is to catch the consumer a bit unaware,” says Aman Srivastava, Senior Vice President (VP)- Head of Marketing at Sony Liv. “That’s where you get more attention and say something relevant.”

Streaming platforms are experimenting with the customer acquisition strategies as viewers are either spending fewer hours glued to their television devices at home, while also having a bigger array of options to choose from.

While SonyLiv has a few acclaimed shows like Scam 1992, historical biography Rocket Boys, and sports content like UEFA Champions Leagues, it still competes with 50 other streaming platforms for user attention.

“With user retention rate at 4.13% in the entertainment category (7 days after an app is downloaded), it is exerting a huge pressure on platform owners to retain viewers,” says Sai Nagesh, an advertising veteran, who is currently the founder of RootDrive Pvt. Ltd., in an email response.

Over the last year, the price of digital ads has shot up, says Sai, leading platforms to think of innovative and cost-effective ways to reach customers. Like Chaupal, which creates shows and movies in Punjabi, Haryanvi, and Bhojpuri, it is looking to push scratch cards at paan shops as a strategy.

“Many people visit a paan beedi shop either alone or in groups everyday. Many of them even have a monthly tab with the paan shop. If we could convince some of these customers to buy subscriptions then there could be a good repeat rate,” says Sandeep Bansal, who founded Chaupal in 2021. In the next 6-8 months, these cards will be available in about 100 stores across 10 cities in Punjab and five cities in Bihar.

Besides the scratch cards, Chaupal has started working with cable operators to sell subscription cards and plans door-to-door.

Working with such channels isn’t new to Sandeep, Chaupal’s Founder and Managing Director who began his career as a cable operator. After running a digital-first marketing campaign for at least a year, Sandeep is integrating an offline channel to cater to customers who are not digitally savvy.

“They (streaming platforms) are looking at innovative and cost-effective ways to reach out to tier 3 and 4 towns; traditional and digital media have become too expensive to reach small town audiences,” Sai adds.

Companies looking at alternative marketing strategies to entice viewers could also indicate that the market is maturing, according to Vikrant Khanna, Founder and CEO of Mogi I/O, a Shopify-like plug-and-play platform for emerging streaming platforms and content creators.

“When a streaming platform starts thinking about being on a consumer product, they are moving away from the tried and tested methods, which happens when the market starts maturing,” Vikrant adds.

Since its launch on the Google PlayStore in August 2021, Chaupal has both digital and non-digital campaigns, this includes organising brand events at malls and concerts across colleges in Punjab, to generate awareness around the streaming platform.

These campaigns clocked in 17 lakh registered users for Chaupal, of which about 4.5 lakh people have subscribed to the platform’s annual and monthly plans. It spends Rs 80-100 to acquire a customer for both digital and offline channels.

As of SonyLiv, the cost to market through pamphlets and electricity bills has not affected its advertising budget, say Aman and Sandeep. The pre-decided budget remains the same, only a few allocations have been made to test out the new non-digital campaigns.

Times Internet-owned MX Player didn’t venture away from digital campaigns, but launched a watch-now-pay-later offering in June, after the soft launch of its paid subscription product in January. The company refrained commenting on the model’s success, as it came under the Reserve Bank of India’s scrutiny in July. However, the platform continues to offer this option.

Amazon Prime Video, in April, rolled out a movie rental arm to enable people to pay-per-movie instead of paying lump-sum subscription fees without need to subscribe, similar to platforms like BookMyShow Stream, ZeePlex, and ShemarooMe, which offered pay-per-view during the pandemic when movies were not reaching cinema theatres. It is of note that these models are yet to be proven as effective strategies.

Getting more eyes onto the screen

Out of over a billion people, only 503 million viewers use streaming platforms and about 10% end up paying for the content they watch, according to a report by Ernst and Young (EY), released in April.

“For us, we rolled the pamphlet campaign across Mumbai, Delhi, and Bengaluru as a trial. So, as of now, we are not expecting any return on investment. We only wanted to see the reaction and they have been good so far,” says Aman. The marketer says they have received responses on social media platforms from several users who appeared pleasantly surprised.

Digital and television advertisements still remain Sony Liv’s major levers. However, it remains to be seen how effective these new campaigns will be.

(Disclaimer: The story has been updated to reflect a change in designation of a quoted source)