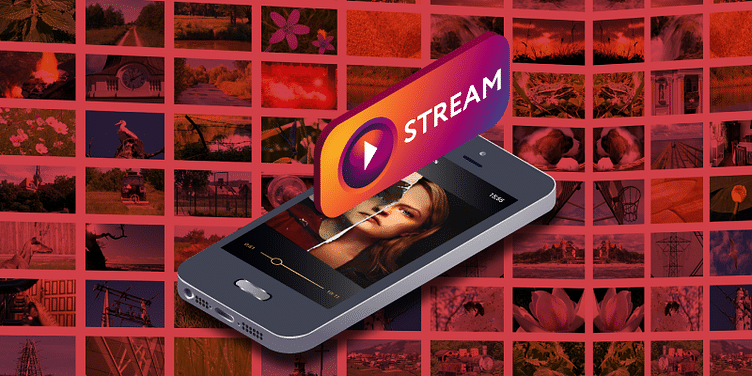 Homegrown OTT platform SonyLIV has witnessed record growth in MAUs, engagement, and subscriptions since 2018. It has now emerged as a strong second player in a market currently dominated by Hotstar. But, there’s more to come.

In July this year, SonyLIV crossed 100 million downloads on Google Play Store, becoming only the third homegrown video-on-demand platform (after Hotstar and JioTV) to reach the milestone. Owned by Sony Pictures Networks (SPN), the video-streaming service had launched in early 2013 at a time when streaming was a niche activity.

This was pre-Hotstar and pre-Jio India, where internet piracy ruled and digital audiences were set back by poor bandwidth and prohibitive data costs.

Since then, the industry has witnessed a revolution of sorts, with close to 40 video-streaming apps now jostling for attention in a market projected to reach $5 billion by 2023.

SonyLIV is among the top five OTT apps now, recording unprecedented growth over the last 15 to 18 months. It started in January 2018, when the platform acquired the digital rights for India’s cricket tour to South Africa.

How sports drove growth in MAUs and engagement

In 2018, SonyLIV further went on to stream India’s cricket tours to England and Australia, and most importantly, the FIFA World Cup in Russia, which witnessed “a landmark viewership” of 70 million, the highest-ever for football in India.

Plus, India’s cricket tours to Australia and England garnered a viewership of 50 million and 30 million, respectively. These collectively accounted for a 5X jump in time spent on the platform, the company claims.

“Sports is a huge category for us. We invest a lot of money in acquiring digital sports rights. It is a huge contributor because it is a huge differentiator. User consumption grew almost 3X last year and today, we are clocking double the average users of last year.”

In 2019, the platform has already recorded a 3X increase in MAUs, riding on India’s ongoing cricket series in the West Indies, Sony’s flagship show Kaun Banega Crorepati (which recorded close to 600 million interactions), and other sports properties.

Its MAUs now stand at 70 million to 80 million, making it the second-most popular OTT platform in India. SonyLIV is targeting to reach the 100-million-mark by 2020.

The platform also claims to have grown its user engagement by 7X. The average user spends about 35 to 45 minutes per day. The SonyLIV app records 100 downloads per minute, with total downloads now at 109 million.

Sodhi explains, "2018 was a great year for us. FIFA was a phenomenal success. From suitable match timings to the six-language feed to our engaging campaigns and interesting innovations in technology, it triggered the growth in subscriptions.”

Without divulging exact revenue numbers, SonyLIV shares that about 20-25 percent of its current users are paying subscribers. The rest opt for ad-funded content. In the last quarter, there were about 200 advertisers on the platform, including heavyweights from Apple and Google to HUL, Swiggy, Marico, and more.

SonyLIV believes that the growth in regional content consumption has led to the emergence of new avenues for digital advertising, and this segment will continue to drive OTT revenues.

“Advertising is the biggest form of monetisation for almost all broadcaster-backed OTTs in India,” Sodhi reveals. Subscription revenue is increasing too. “We believe with an ever-improving content library, this will continue to grow,” he adds.

It presently houses over 4,000 hours of programming in five languages - Hindi, English, Marathi, Tamil, and Telugu. It forayed into the southern markets in May this year, “to cater to the growing demands of language users”.

The platform also consists of 1,500 movies, and 150-plus original titles, including top-rated English shows like The Good Doctor, Counterpart, The Handmaid’s Tale, The Spanish Princess, The White Queen, among others.

“Currently, under five percent of users consume international shows. But the binge viewing of these users is disproportionately higher than those watching Hindi or language shows,” Sodhi shares.

The platform aims to capture 50 million users through this, primarily in the under-35 age bracket.

Why gaming, we ask. Isn’t that a deviation from Sony’s core proposition?

“As per a recent KPMG report, online gaming was one of the out-performers in the media and entertainment industry in FY19, growing at a rate of 41.6 percent. India houses 10 percent of the world’s gamers, estimated at 300 million, and the numbers are rising exponentially. We intend to trigger this target segment."

This also coincides with a bigger sectoral shift, with tech giants like Apple and Google launching subscription-based gaming services. Apple Arcade, which was unveiled last night, will roll out in India in November, and can be availed at Rs 99 per month. Google Stadia is slated to launch here by 2021.

Towards the end of July, SonyLIV launched in the Middle East. Its content library can now be accessed in the UAE, Qatar, Kuwait, Oman, Saudi Arabia, and Bahrain. The company further plans to expand in South Asian countries, New Zealand and Australia.

Sodhi says, “We’re still at an early stage of launch and will evaluate our data to see what kind of consumer traction we get and what content consumers are looking for. Based on our findings, we will expand our service offerings.”

Meanwhile, in its home market, SonyLIV continues to strike partnerships with telcos, OEMs, and consumer-facing companies.

Last week, it signed a deal with the country's leading flight operator, Indigo Airlines, to make its shows available to on-board passengers. IndiGo will provide a link to its flyers at the time of boarding through which they can avail a SonyLIV subscription for just Rs 25, and view the content on their smartphones.

Prior to this, in what has emerged as a pan-industry trend, SonyLIV signed distribution partnerships with telcos like Vodafone-Idea, Reliance Jio, and others. This helped Indian OTT services reach the masses, be watched, heard, and talked about. SonyLIV currently attracts 40 percent of its users from beyond the metros.

“OTT players are reaching new users by offering bundled services through telcos. This is not just about reaching users — these partnerships have allowed us to become more affordable through concessions and discounts for subscribers.”

Given the swift movement in the Indian OTT industry, with even global streaming giants like Netflix, Amazon Prime Video, and newly-launched Apple TV+ taking big bets on local programming, are we gearing up for consolidation? And, where does that leave local players like Hotstar, ZEE5, AltBalaji, SonyLIV, and others then?

“Consolidation is a part of the process and would drive how platforms roll out content strategies in future. There are ample opportunities for big content companies to look at platforms like us to grow their business,” says Sodhi, adding,

“Along the way, we will see multiple hurdles on monetisation, cost of content, and technology to reach consumers. But these challenges make the OTT ecosystem an exciting space to be in.”

Considering the number of OTT users in India is poised to reach 600 million to 700 million in five years, we don’t doubt that one bit.