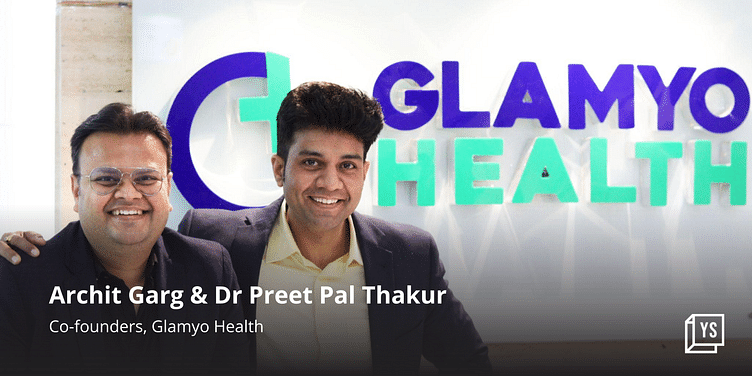 YourStory presents daily news roundups from the Indian startup ecosystem and beyond. Here's the roundup for Friday, November 11, 2022.

Glamyo Health, a healthcare startup that specialises in elective and cosmetic surgeries, has a target of facilitating counselling for six lakh patients in the new calendar year. At the beginning of 2021, the startup had aimed to reach one million patients in 12 months.

Besides the counselling mandate, Glamyo Health—with a strong network of 350 hospitals across India—intends to facilitate 40,000 surgeries for patients this fiscal year.

To speed up the process, the startup strengthens its workforce regularly to power developmental strategies. At present, it has a manpower of over 350 employees and will increase the same by 35% by the end of the ongoing fiscal.

“Glamyo Health has goals for the next nine months to expand its reach in 40+ cities of India, positively impacting the lives of thousands of patients undergoing secondary care surgeries every month. Through our collaborations with health-financing partners we target to disburse healthcare financing worth Rs 100 crore in the next 12 months, thus ensuring that costs of surgery do not force the patients and their relatives into financial strife,” says Dr Preet Pal Thakur, Co-founder, Glamyo Health.

Arzooo, HDFC Bank partner to offer Purchase Cards to retailers with up to Rs 1 Cr credit

Retail tech startup Arzooo and HDFC Bank have partnered to launch Purchase Cards exclusively designed for offline retailers, and aim to roll out over one lakh such credit cards over the next 12 months.

Over 40,000 retail partners who are already on the Arzooo platform stand immensely benefited, as they will now be able to manage their working capital much more efficiently. The Purchase Card will play a pivotal role in mobilising the economy by providing impetus to small and mid-sized retailers with easy access to capital.

The card offers interest-free credit for up to a month and a credit limit of up to Rs 1 crore. Also, it is integrated with the Arzooo mobile application for ease of use during checkout.

During this year’s festive season, Arzooo disbursed Rs 100 crore worth of credit to retailers. There was a growth of 800% in the number of retailers that took credit this year through Arzooo Credit. Also, the sales on the platform grew by 400% due to access to capital headroom and an increase in demand.

STEM Metaverse, an end-to-end experiential learning platform for students, has built an in-house and blockchain-enabled NFT platform where kids can upload their artwork with complete security. It will be launched at the Kukdukoo Art Festival held at the Noida Stadium on November 12-13, 2022.

Using the NFT platform, kids can upload and sell their NFTs to earn token virtual currency to be redeemed for educational products, courses, and content within the STEM Metaverse platform. Built using blockchain, the platform is a safe digital space for children to upload their artwork. On each upload, children will be given a DIY Google Cardboard VR Headset Kit.

Although the NFT platform is scalable internationally, the brand’s core focus now is on the Indian market. Through the Kukdukoo Art Festival and other collaborations, STEM Metaverse envisions getting universities to start using these platforms as part of their admission process, value and reward exceptional creative talent in young kids.

The platform supported above five million community users in the previous quarter (Q2).

Out of 26 million users on apna.co, 80% have been utilising apna’s professional networking. Around 40% of these users are from Tier II and beyond. Cities such as Delhi, Mumbai, Bengaluru, Hyderabad, Pune, Kolkata, and Lucknow saw a surge in users building their professional networks and engaging with their peers. It is also noteworthy that around 40% of creators on the platform prefer languages other than English. In fact, Hindi, Kannada, Telugu and Bengali were the most preferred languages on apna’s platform apart from English.

FREED, adebt relief platform, on Friday announced the appointment of two key personnel. The company has strengthened its leadership team by adding Alok Sharma as the Chief Technology Officer (CTO) and Rajiv Indimath as the Chief Strategy Officer (CSO) and Head of Creditor Relations.

An alumnus of IIT Madras and NIT Bhopal, Alok brings in over 24 years of experience in the technology industry. Having worked in markets across continents, including the US, Singapore, and India, at FREED, he will be spearheading the technology initiatives, innovation and product management.

On the other hand, Rajiv Indimath’s mandate as Chief Strategy Officer will be to build upon FREED’s strategic capabilities to further enhance its value proposition and market leading reputation. He will be responsible for the strategy across critical areas including growth and investment strategy, business performance, organisational effectiveness, and promote the company’s development strategy.

Learning platform Ulipsu raised $1.5 million from angel investors based in the UK and West Asia. The Bengaluru-based firm raised $1 million in October last year for their pre-seed round.

The firm will use the fresh infusion of cash to improve product service and technology to increase consumer engagement, and analytics for user data evaluation, among other things.

Run by Kidvento Education and Research Pvt Ltd, Ulipsu was started in 2017. The platform offers structured learning, with bit-sized courses for kids aged six to 16 years. The courses include music, art and craft, yoga and artificial intelligence.

Ulipsu plans on increasing its course library to 300 by March 2023 and adding over 300,000 paid subscribers by the mid of next year.