Lights, camera, action: TVF’s journey from a YouTube channel to a movie studio 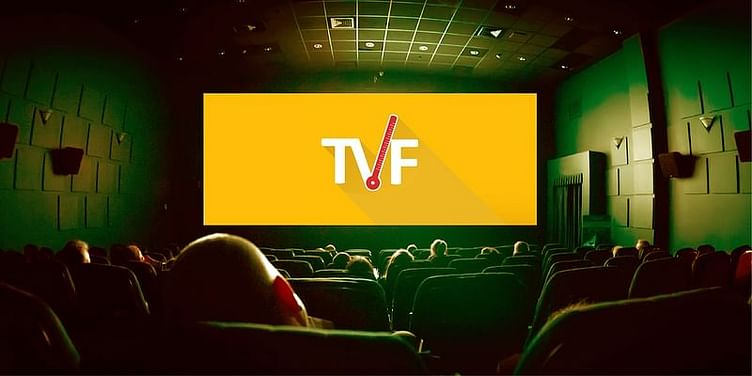 Started in 2012, The Viral Fever (TVF) has rolled out acclaimed shows, including Panchayat and Kota Factory. Despite sexual harassment charges being levelled against the then CEO and an exodus by the core team, the content maker has grown and is set to start a motion pictures division.

The Viral Fever (TVF), known for hit shows such as Panchayat and Kota Factory, is in the process of becoming a full-fledged movie production house as it rolls out a motion picture division.

Registered as TVF Motion Pictures in April, the company will be headed by Arunabh Kumar, according to data on Tofler. The motion pictures division has between five and six projects in the works, which could be across three formats. These include big budget films with A-list actors, mid-budget movies, and films for streaming platforms.

“Making films is the absolute end dream for every content company. This is a natural progression for us,” Vijay Koshy, President, The Viral Fever, tells YourStory in an interaction.

Run by Contagious Online Media Networks, TVF was founded in 2012. The journey began when Arunabh Kumar, an IIT-Kharagpur graduate with film and advertising experience, and a few other IITians started posting videos on YouTube. The first, a parody ragging video named Inglorious Seniors, which was inspired by Quentin Tarantino’s Inglourious Basterds.

This was the time when India’s digital ecosystem was taking shape. Bengaluru saw the birth of numerous tech companies. These include ecommerce giant Flipkart, beauty retailer Nykaa, and cab aggregator Ola, who found their place in the emerging digital space.

These companies helped TVF grow as many tech startups would sponsor videos for YouTube-based content creators. After creating multiple spoof and parody videos, TVF launched its first web series, Permanent Roommates (2014), which was backed by CommonFloor (acquired by Quickr) and Ola Cabs. This was followed by Pitchers (2015), a show based on India’s startup culture.

The team also expanded, and included Sameer Saxena, who left his cushy consulting job behind and was involved in directing Permanent Roommates, and Nidhi Bisht, a former lawyer, who was appointed as the casting director and did cameos in many shows and videos.

“We ran shows on YouTube, but we felt the platform’s feed did not showcase our content well,” says a TVF employee, seeking anonymity. “People were not able to recollect the name of our production house when they thought of Permanent Roommates. The brand was getting lost.”

From scratch cards to electricity bills: how streaming firms are throwing darts to woo viewers

By now, the digital entertainment ecosystem was taking shape in India. Streaming giants such as Netflix and Amazon Prime Video were laying the groundwork, and went on to roll out their services in 2016.

The potential for streaming services in India seemed immense, and TVF seemed to be in the right place, at the right time.

The company soon attracted institutional investment, raising $10 million in its first-ever round led by Tiger Global Management in 2016.

The same year, TVF also set up an office in Delhi to get more local content from north India. Run by a team including Apoorva Singh Karki in the creative head’s chair, the division produced multiple shows with Delhi as the backdrop. These included middle-class comedy drama Aam Aadmi Family (2016), teenage romance Flames (2018), and coming-of-age drama Aspirants (2021). Aspirants currently has about 50 million views, according to YouTube.

Keen to grow further, the company set its sights on releasing content on streaming platforms.

An under-development show about a family’s journey in the 90s was pitched to Netflix and Prime Video, and was set to be sponsored by State Bank of India (SBI).

However, TVF’s plan came undone in March 2017 after an anonymous post on Medium called out Founder Arunabh Kumar for sexual harassment at the workplace. The company initially denied the allegations, generating extremely bad press.

An FIR was registered against Arunabh a week after the anonymous post, and several women came forward with allegations of workplace misconduct.

The CEO of the web channel resigned from his position, posting an open letter on Twitter and maintaining that the company would “always be larger than just one individual”.

Arunabh was replaced by Dhawal Gusain, who is currently at Disney+ Hotstar, as the chief executive officer (CEO) and also joined the company’s board in 2015.

But the allegations had created ripples. The firm’s image took a hit and SBI also pulled out its sponsorship deal. A query sent to SBI did not elicit any response until the publishing of this story.

Problems continued to compound. Bisht Please!, a show released in the month when the allegations surfaced, suffered from bad ratings and slacking viewership.

After SBI pulled out, TVF was in talks with Amazon Prime Video for Yeh Meri Family, according to a former employee. The platform had even worked on the subtitling, among other things, but dropped the show.

“We had finished making the show. Everything was done. So, we finally decided to put it out on YouTube only,” says the former employee requesting anonymity.

Yeh Meri Family premiered on YouTube and TVFPlay in July 2018, with Association of Mutual Funds in India (AMFI) as the title sponsor.

”Sometimes, there come situations when multiple brands wish to partner with TVF on a particular show. But to maintain the sanctity of the content, we prefer having one partner on a show. In the case of Yeh Meri Family, the collaboration with Association of Mutual Funds (AMFI) made more business and creative sense, so we went ahead with AMFI as a brand partner for that show,” TVF said in an emailed response.

The show was picked up by Netflix after a few episodes were aired, becoming the first TVF production to go on a streaming platform.

Since then, TVF has attracted sponsorship from top players, including edtech platform Unacademy for Kota Factory and Aspirants, both of which have won critical acclaim. Gullak, Cheesecake, Cubicles, and Hostel Daze have also found their own audiences, with Gullak’s third season being very well received.

Panchayat, which was released during the pandemic, is currently on an exclusive licensing deal with Amazon Prime Video.

TVF, which now employs 175 people, currently has over 20 shows and multiple YouTube-sponsored videos in development. The videos provide analytics and help the platform come up with concepts for new shows.

Arunabh may have left the CEO’s position but he never left the creative chair. Most of the shows mentioned earlier have him serving either as a producer, creator, or both.

However, there has been a massive restructuring in the company since 2020.

Core member Sameer Saxena, who directed Permanent Roommates and was executive producer on the first season of Kota Factory, Gullak, and Panchayat, left the TVF umbrella in June 2020 to start his own production house Posham Pa Pictures Pvt. Ltd.

Other core TVF members, including Biswapati Sarkar, show creator and the host of Barely Speaking with Arnub; Amit Golani, writer on many TVF videos and shows including Cubicles; and Saurabh Khanna, who wrote Yeh Meri Family and Kota Factory, joined Sameer.

TVF is planning to enter the world of Hindi films in the post-pandemic world, at a time when mega stars, marketing dollars, studios, and even “decent” stories have failed to draw audiences back to cinema halls.

The company is aware of the current market and public sentiments.

“Movies with A-list actors will be trickier because of the stakes involved. Also, the industry is going through a rough patch at the moment. The confidence level is not very high,” says TVF’s Vijay.

This is why the company plans to produce its A-list projects with other production firms. “We are currently in talks with a few big banners in the business,” Vijay says.

TVF plans to theatrically release at least one project by the end of 2023.