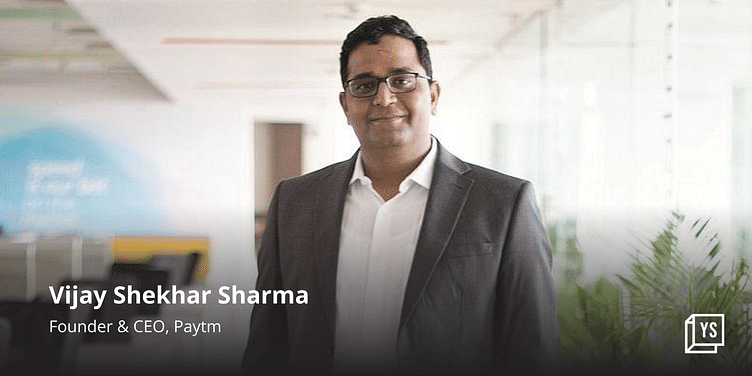 ﻿Paytm﻿ founder and CEO Vijay Shekhar Sharma has written a letter to shareholders as the company is close to one year of listing. Sharma said that the company is aware of the expectations that Paytm carries, and that it is on the path to profitability and free cash flows.

“Our journey to build a scalable and profitable financial services business has just started,” he wrote.

One97 Communications Limited (OCL), which owns the brand Paytm, on Monday, announced that it disbursed 3.4 million loans last month, a year-on-year growth of 161%.

Paytm’s leadership in offline payments strengthened further with its total merchant subscription devices deployed increasing to 5.1 million. With its subscription-as-a-service model, the adoption of devices drives higher payment volumes, and subscription revenues, while increasing the funnel for merchant loan distribution.

Paytm had recently said in its earnings release, “Merchant subscriptions is an attractive profit pool for us, driving higher payment volumes, subscription revenues as well as merchant loan distribution.”

The company’s user engagement is also at its highest, with its average monthly transacting users for October at 84 million, registering a growth of 33% y-o-y.

Paytm, in its recently announced Q2 FY23 financials, posted a 76% y-o-y growth in revenue to Rs 1,914 crore. Meanwhile, the company’s losses narrowed by 11% on a sequential basis. The company’s contribution profit surged 224% y-o-y to Rs 843 crore.

Talking about the company’s growth in the last quarter, the founder wrote, “After our recent quarterly reports which showed strong operating leverage and reduction in EBITDA losses, we are now excited about the next year of our journey, as we get close to EBITDA profitability and free cash flow generation.”

Sharing about the company’s growing lending business which is now at an annualised run rate of Rs 37,000 crore in the month of October, Sharma said, “In parallel, we are now scaling up lending distribution which can bring financial inclusion to hundreds of millions of people in our country. Due to the huge demand for lending in our country, our low penetration and the compounding nature of our lending journey, we are extremely optimistic about the prospects of our lending business.”

For October, the total merchant GMV processed through Paytm aggregated to Rs 1.18 lakh crore ($14 billion), marking a y-o-y growth of 42%, partly due to the festive season.