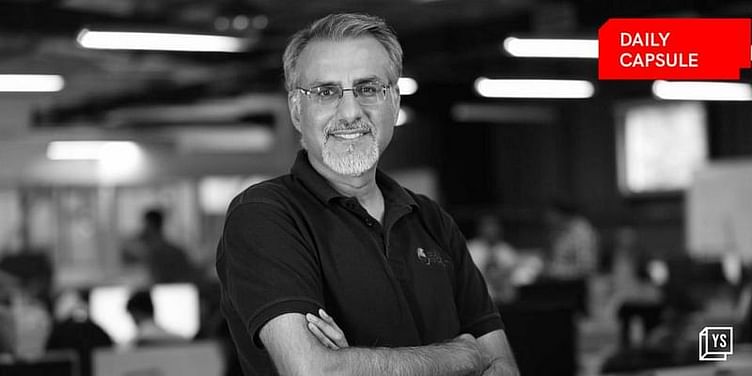 Chetan Maini, Co-founder and Chairman of Sun Mobility, is an authority in the EV space in India, having pioneered the country’s first EV car, the Mahindra Reva, in the 1990s.

At a recent event, Das said that the next financial crisis will be caused by private cryptocurrencies if these assets are allowed to grow. “Cryptocurrencies have… huge inherent risks for our macroeconomic and financial stability,” he said, pointing to the recent collapse of ﻿FTX﻿ as an example.

In other news, edtech unicorn ﻿BYJU'S﻿﻿ denied allegations of purchasing phone numbers of children and their parents and threatening them that their future would be ruined if they don’t buy its courses.

Meanwhile, Elon Musk’s jet stalker has a new home…sort of. After Jack Sweeney's ElonJet Twitter bot was suspended, a new subreddit—r/ElonJetTracker—was launched. And the subreddit is growing rapidly with over 214,000 subscribers.

Here’s your trivia for today: When was the first accurate photographic image of a solar eclipse recorded?

From the days of two-seater Reva to today, ﻿Sun Mobility﻿ Co-founder and Chairman Chetan Maini believes there has been a radical shift in the government's attitude towards the EV space.

However, he thinks the regulators need to adopt different policies to align with the industry as more EV players keep sprouting up with newer technologies.

The past year has been turbulent for edtech companies with the sector witnessing a 39% drop in fundraising post pandemic boom. With the resumption of offline learning, more than 8,000 employees in the sector were laid off—2,500 by BYJU'S alone. Now, startups are forced to adopt a hybrid model to stay afloat.

Will the SaaS sector sail through in 2023?

The Indian SaaS (software-as-a-service) industry thrived in 2022, with more than $4.9 billion being raised in the first 11 months alone. However, amid unfavourable macroeconomic conditions, there are gloomy days ahead as companies resort to cost-cutting measures and investors hold back on their purses.

When was the first accurate photographic image of a solar eclipse recorded?