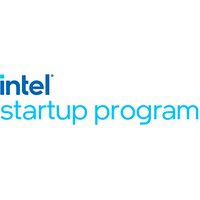 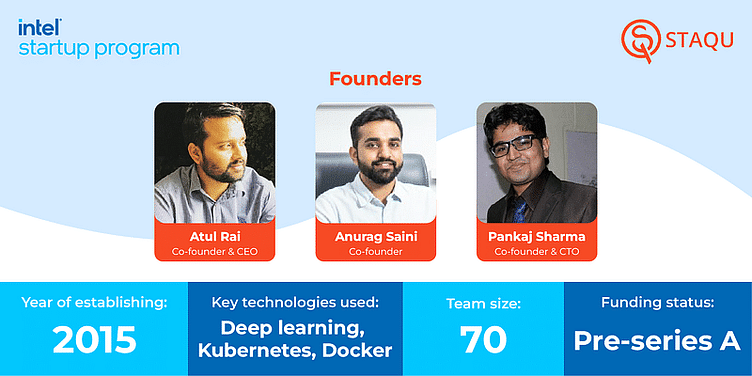 The global video management software market is expected to grow at a CAGR of 23.1% from $10.9 billion this year to $31 billion by 2027. It’s not surprising, considering the various global events over the last few years — including the COVID-19 pandemic — that have led to a number of companies investing in online surveillance and CCTV analytics tools.

One such company that has been innovating in the space is Staqu Technologies, whose proprietary artificial intelligence (AI) platform JARVIS offers advanced video analytics tools that helps customers leverage their existing video infrastructure to generate actionable insights across industries.

Atul Rai, Co-founder and CEO, ﻿Staqu﻿ explains, “We are an AI startup, working in audio-video analytics through data that comes in from different video streaming devices, whether its a CCTV camera or a body cam. Usually, such equipment needs human intervention to analyse image data or video data — until someone sees it, no one can describe it. That’s the problem with this kind of data.”

Setting out to resolve that problem statement along with his co-founders, Anurag Saini, and Co-founder and CTO Pankaj Kumar Sharma, Atul founded Staqu Technologies on 16 June, 2015. With Anurag’s experience in hardware integration, Pankaj’s expertise in backend technologies such as cloud computing and Python, and Atul’s research expertise, the trio began building an AI platform from scratch and a little over a year later had created JARVIS, short for Joint AI Research for Video Instances and Streams.

Explaining that their product works on the lines of a SaaS platform, Atul says, “JARVIS is basically a technology platform that you can integrate with any video stream on the go. You don’t need any hardware at the location of the camera, you just need to have an internet connection.” By integrating with their customer’s cloud or hardware data storage platforms, the AI platform also allays any privacy issues since data ownership is always within the customers’ periphery, Atul adds.

Jarvis has seen uses across industries, such as retail, manufacturing, public infrastructure, and more, and serves three main functions. The first, Atul, says, allows for real-time streaming of every live feed a client has over various locations to one single point. Secondly, the AI has been trained to recognise a number of safety issues that show up as instant alerts, such as crowding, fights breaking out, fire hazards, and more.

Third, Jarvis is also able to recognise and differentiate various demographics through its recognition algorithm, giving retailers analytical data such as the age and gender of their customers, when they see the most footfall at any physical store, and more. Atul also says that thanks to an added first layer of image enhancement, customers also don’t have to upgrade their existing camera infrastructure before integrating with JARVIS.

Currently deployed over 25,000 cameras, the platform has helped clients cut losses through safety and prevention, and helped in revenue generation — for example, Atul says one of Staqu’s retail clients saw a 30% increase in revenue after leveraging their crowd analytics tools.

Researching and building their platform while being bootstrapped for a full year, Atul explains that the founders all wanted to build an AI that was truly sustainable, and not reliant on an open-source technology already available in the market. Having now grown to a team of over 70, Atul says Staqu’s focus on building a stable platform before going after fundraising has helped them. “We believe that sustainable growth is important because that way we do not need to let go of people who can continue to make the system more sustainable,” he says, adding that even through the pandemic, Staqu managed to hit a revenue of Rs 5 crore in 2021, and turned profitable once again just three months after raising Rs 11 crore in funding earlier this year.

To help them build a stable, affordable AI platform, Staqu joined the Intel Startup Program in 2021, which helped bring credibility to their brand; reduced computing costs by accessing Intel’s portfolio of hardware, APIs, and more; and helped plan for future technological innovations.

“This partnership is very powerful because these three are all things that any company wants to have. It also helps you market yourself better,” Atul shares.

Amit Chatterjee, Startup Program and Strategic Business Initiatives, Intel India and Staqu’s mentor for the program described the team as mature and robust, saying, “I have had the privilege of working with the Staqu team over a few years. They are mature as a team, very robust, and offer innovative vision solutions. We have been deeply engaged in technology transformation & this team has the most comprehensive analytics modules, especially with surveillance and compliance.”

With over 50 Indian clients already on board, including real estate group Embassy and nine state governments, Staqu’s plans for the future include gaining more customers domestically, and then work on expanding to other geographies — something that Atul says is part of their sustainable business model. “Our long term plan is, being an Indian company we want to go global with our Indian tech rather than taking something from, say, open source building. We want to create our own AI and we want to go global,” Atul concludes.

The Intel Startup Program is Intel India’s flagship program to engage with technology startups who have an IP or innovative solutions that have the potential to create impact on customers and align with Intel's focus areas. The program is at the forefront of engaging with India’s startup ecosystem through high impact collaborations with the industry, academia and government, and runs multiple initiatives that are either vertically aligned or focused on emerging technologies.

It engages with startups that have a unique global or local value proposition to solve genuine customer problems, enabling them with domain and business expertise from the industry and mentorship from Intel.