Why did so many tech IPOs flop? 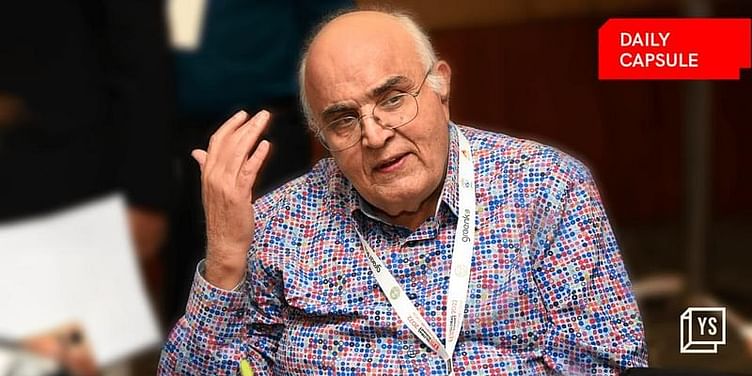 The Indian-American entrepreneur, angel investor, and founding member of TiE holds private market investors responsible for the decline in the values of tech stocks.

Turns out there are limitations to Elon Musk’s love for free speech.

Did you know @elonjet, a ﻿Twitter﻿ account run by Florida college student Jack Sweeney, used to track the billionaire’s private jet? Sweeney had amassed over half a million followers by tracking the plane’s location using publicly available flight data.

But that’s over. Only days after Sweeney accused Twitter of shadowbanning the account, it has now been permanently suspended. Funnily, Musk had tweeted last month that he wouldn’t ban @elonjet despite the “direct personal safety risk” due to his “commitment to free speech”.

Meanwhile, edtech unicorn ﻿Unacademy﻿ wants to take on LinkedIn with its new product, NextLevel. Co-founder and CEO Gaurav Munjal took to Twitter to announce that the platform will launch next week. NextLevel will help users “unlock” new job opportunities, without considering which college they attended “or if you even went to one”, he added.

Lastly, check out the weirdest Guinness World Records achieved this year. One person actually set the record for “longest journey by pumpkin boat (paddling)”. Duane Hansen, 60, climbed into a hollowed-out pumpkin and paddled it for 37.5 miles.

And that’s not even the oddest one on the list.

Here’s your trivia for today: Which company’s corporate headquarters is nicknamed ‘the spaceship’?

Why did so many tech IPOs flop?

Inflated valuations by private markets are to blame for the decline in newly-listed technology blocks, according to technology entrepreneur Kanwal Rekhi. The founding member of The Indus Entrepreneurs (TiE) and Co-founder of ﻿Inventus Capital Partners emphasised the need to build robust and profitable companies on the sidelines of TiE Global Summit 2022.

An EV solution for ecommerce

Two-wheeler electric vehicles (EVs) are the future of ecommerce, and ﻿Zen Mobility﻿ has come up with a solution to optimise deliveries and help companies save money. Enter Micro Pod—a cross between a two-wheeler and a three-wheeler auto truck that can carry three times more cargo than an average two-wheeler.

What’s next on Pebble’s watch?

Lifestyle accessories brand ﻿Pebble﻿ started nine years ago with a range of chargers and power banks and grew to over 100 SKUs. But co-founder Komal Agarwal is now eyeing the smart wearables space with a vision to take the lead in the Indian market with smart glasses and rings, and home audio.

Which company’s corporate headquarters is nicknamed ‘the spaceship’?

Answer: Apple. Located in Cupertino, California, the building has a circular groundscraper design and is also referred to as “The Ring”.