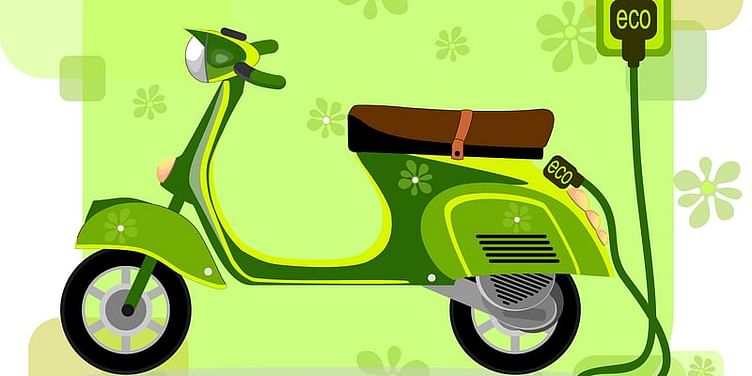 Avinash Punekar, CEO, iCreate (International Centre for Entrepreneurship and Technology)—a tech startup incubation centre, said the website will be up and running in two months.

﻿iCreate﻿, a startup incubator based out of Ahmedabad, is planning to launch an IndiaMart- or Amazon-like B2B marketplace website for the electric mobility sector. The platform is envisioned to enlist India-made products integral to building an electric vehicle (EV), or even smaller parts used to build a component of an EV.

The website plans to offer a space for companies innovating and manufacturing EV parts to list their products such as battery packs, battery management systems (BMS), motors, onboard chargers, power inverters, etc.

The aim of the website is to help EV makers source innovative, high-tech components easily without having to flock to a few better-known providers as well as help build the EV parts ecosystem to give smaller players, which may not have big marketing budgets, visibility.

The only caveat is that the products have to be completely designed and manufactured in India, Avinash Punekar, CEO, iCreate (International Centre for Entrepreneurship and Technology) told YourStory on the sidelines of the EVangelise 2022 startup-tech innovation challenge.

Every product listed on the EV marketplace platform will be vetted by iCreate, and will have to meet the AIS standards prescribed by the government of India. Avinash said that the companies have to be at least at the seed stage, and show some level of market traction for their products to be listed on the website.

Users or buyers of the products on the website will also be able to leave reviews.

iCreate hopes the website will encourage companies in India to start designing and producing components, using locally-sourced materials that are currently imported from countries such as China and Taiwan, thereby decreasing the reliance of the sector on foreign countries and contributing to the development and growth of the domestic industry.

The website is also envisioned to serve as a connector for various parts of the fragmented electric vehicle (EV) ecosystem, especially bringing solutions from Tier III cities, and facilitating communication and collaboration within the industry.

At the EVangelise innovation challenge, which received 1,160 applications from across the country, companies that iCreate has incubated have supplied all the major components for two EV companies—Aurita bikes and Ambler, which largely manufactures commercial and personal two-wheelers—which are also incubated at the Ahmedabad-based incubator.

The main EV components, such as the motor, the battery pack and BMS, the charging dock etc deployed on the vehicles manufactured by Aurita and Ambler have been designed by their fellow incubatees at iCreate.

iCreate hopes to launch the platform in January or February 2023, and enlist at least 1,000 companies. Avinash said the incubation centre will not make any money from the platform and will essentially only serve as a bridge between suppliers and buyers. Companies can even take negotiations, discussions and payments offline if they're able to discern synergies, he added.

The website will feature products from not only iCreate incubatees, but other incubation centres and non-incubated companies as well.