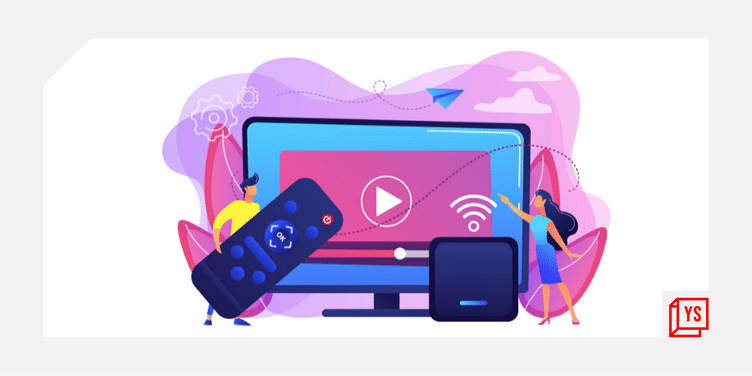 Streaming platforms and content producers of Indian shows are experimenting with longer seasons and trickle feeding an episode every day or every week. Can this sustain user interest and buzz around the shows?

The Hindi web series Aashiqana, which was released on streaming platform Disney+ Hotstar about six months ago, had 66 episodes in its first season. In the ongoing second season of the series—a love story between a no-nonsense cop and a clumsy aspiring cop—over 55 episodes have already been streamed.

In March, Times Internet-owned MX Player launched Roohaniyat, under MX Serials, based on a series of books by Novoneel Chakraborty. The second season of the romantic drama had 27 episodes (as opposed to the first season which had only 13 episodes).

Then there is Cyber Vaar, an investigative drama on Voot, which has 20 episodes in season one.

With competition in the OTT (over-the-top) space heating up, streaming platforms and content producers of Indian web series are dabbling with longer seasons in an attempt to sustain viewer interest and buzz around the shows.

In the longer format, each season has 20 or more episodes, with a runtime of 20-30 minutes per episode, similar to soaps on television channels. Streaming platforms are also releasing episodes on a daily or weekly basis, like it is with TV soaps.

The TV++ format, as it is called in the OTT space, allows content makers the freedom and luxury to dwell deep into the subject and flesh it out.

Rakesh CK, Head of SVOD (subscription video on demand), Aha, a streaming platform with Tamil and Telugu content, says when there are more episodes per season, more characters and plotlines can be delved into.

Palki Malhotra, who has created shows such as Dil Dosti Dance, for the now defunct Channel V, and Dill Mill Gayye, which used to air on Star One, also agrees that the storyline would be improved in the longer format.

“These shows would not necessarily revolve around kitchen politics as it is being made for an audience that has been exposed to many interesting concepts after watching two years of series and movies on streaming platforms,” says Palki.

On the flip side, content makers have to make sure there is enough meat in their content, or else they run the risk of stretching it too thin.

From an economics point of view, a longer season could work better for content producers, say industry observers.

“There is a better chance for the content house to make better margins with a longer season,” says an executive from Juggernaut Productions, a Mumbai-based production house.

When more episodes are created in a given budget, the cost gets amortised. “Instead of taking one scene at a location, we film more scenes at the same location. This helps in saving cost,” says Palki.

The budget for a single episode for a show (in the longer format) could be between Rs 20 lakh and over Rs 30 lakh, according to at least half a dozen producers YourStory spoke to. This is much less compared to shows being sanctioned around Rs 50 lakh to Rs 1 crore or more per episode earlier.

It’s interesting to see if this format works monetarily for streaming players, as the shows are streamed along with advertising.

The binge-watching behaviour has not necessarily translated into subscriber revenue for streaming platforms. Binge watchers usually gobble up shows within a day or two. This leads to users watching multiple programmes within the free trial period. In fact, Netflix has stopped offering free trials in India.

“I would credit Netflix for getting this binge habit in motion. But we know now that this is not a sustainable model,” says Sai Abishek, Head of Factual and Lifestyle Cluster, South Asia, Warner Bros. Discovery.

This has prompted streaming players to experiment with the daily, weekly, and bi-weekly episode drops for Indian shows.

In June, streaming platform Voot began releasing two episodes per week of its investigative drama Cyber Vaar, wherein a cybercrime is solved. Disney+ Hotstar is currently releasing one episode almost every day in the ongoing season of Aashiqana.

This, of course, is not the newest trend in the streaming space, with players such as HBO having taken the episodic route with shows such as Game of Thrones, Mare of Eastown, and The White Lotus. In India, Disney + Hotstar released episodes of the Marvel spin-off shows, Ms Marvel, Wanda Vision, and Loki, on a weekly basis.

In February this year, Amazon Prime Video released two episodes every week of the fourth season of The Marvelous Mrs Maisel. Even Netflix, which has hugely relied on binge-watching, withheld the final two episodes of Stranger Things for more than a month.

The format piggybacks on the tried-and-test TV formula of daily soaps, wherein OTT players release one episode a day or a week, as opposed to releasing all episodes in one go. Episodes could also be released a few times a week.

It may be too early to conclude that the good old days of TV are back, but ending an episode at a cliffhanger moment and keeping the audience on tenterhooks, for a day or a week, to know what happens next may not be such a bad idea, after all, say industry observers. But the quality of the storyline should match up to the hype, they caution.

“If there is an 8-10 episode show and it releases on a Friday, you will watch it on Friday, Saturday and Sunday. Then it’s over. A new season may probably come out only after two years.

“But with huge demand for content, streaming platforms have realised there is a need for different kinds of content, which can be an easy watch, which people can tune into every day or frequently.”

“When all episodes are dropped at once, it is difficult to create a viewing habit,” says Baljit Singh Chadha, Founder of 9pm Films and member of the International Emmy Awards. “But when the episodes are dropped daily, weekly or we have about 50 episodes in a show, that will create constant traffic coming on a platform,” he says.

Whether longer seasons and the episodic format can translate to consistent viewer traffic and more revenue for content producers and streaming platforms, we'll have to wait and watch.