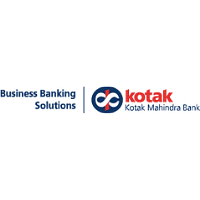 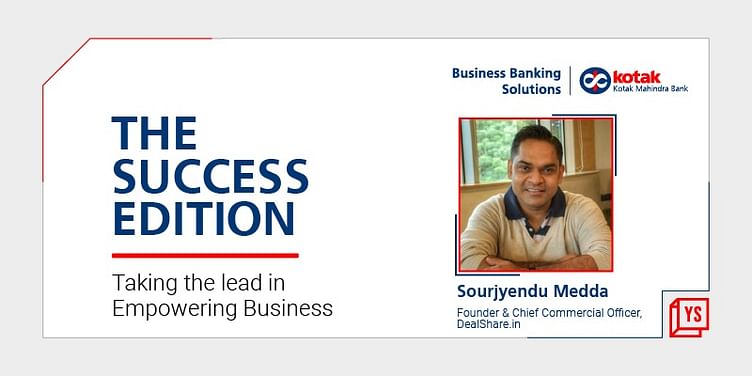 Speaking at The Success Edition, Sourjyendu Medda, Founder, Chief Business Officer and Chief Financial Officer at DealShare spoke about his journey, the motivation to start his venture and more.

Sourjyendu Medda always wanted to make a difference. His closeness and understanding of the mass consumer led him to launch ﻿DealShare﻿, a hyperlocal online buying platform for multi-category consumer products. Since its launch in 2018, 80 percent of DealShare’s customer base experienced ecommerce because of the company. A member of the unicorn club, DealShare aims to expand to 200 cities across 20 states and welcome 50 million new customers.

Speaking at The Success Edition, an initiative by Kotak Mahindra Bank and YourStory, Sourjyendu Medda, Founder, Chief Business Officer and Chief Financial Officer at DealShare shed light on the initial journey, the dream and how they scaled in three years’ time.

Connecting with the Customer

Throughout his career with leading retail and FMCG organisations, Sourjyendu found himself very close to the end consumer. He had the opportunity to interact with them and understand their woes, guided by his own middle-class upbringing. This created an urge to do something with a larger social cause.

“I’ve observed that mass consumers have a dearth of both accessibility and affordability, and I always wanted to do something which has a massive business opportunity as well as solves a problem for a huge portion of the population,” he explained.

While the desire to do something was taking shape, Sourjyendu also met his co-founders who had the same agenda and came with different skill sets. The team felt it was the right opportunity to start their venture. “We needed the internet revolution to be behind us before we could start aggregating all of these business principles, so the right timing, the right team and obviously the right experiences helped me to take the plunge,” he added.

But attempting to penetrate into India’s retail space came with its own set of challenges. Souryendu had noticed that retail was a highly unorganised sector, where traditional trade is still preferred. Ecommerce players have only been able to get a 10 percent share in the sector, despite over 30 years of modern trade and 10 years of ecommerce experience in the country. That was the main problem they wanted to solve. The team decided to do research and visit the small cities and towns to understand why people still opted for traditional trade.

“First and foremost, they didn’t understand the user experience on ecommerce platforms so they were not able to use those apps. Most of the apps were copies of Western models and mass consumers of India were unable to understand those experiences,” he revealed, on learning the major pain points.

Secondly, the availability of a huge selection of products was another key challenge. For a consumer who is used to going to a kirana store with limited choices, it can be overwhelming when they see 20 kinds of apples or 550 varieties of atta.

The third problem was that a lot of consumption was happening in high-quality products but not for the top brands. Most of the ecommerce players at that time were associated with top brands which charge a premium for the marketing and sales expenses they do from the consumers. And the Indian mass could not afford that premium.

The team further realised that while customers needed some basic services like timely delivery of orders, they couldn’t afford high service levels. DealShare became the first ecommerce company to create a network of small and medium manufacturers in the grocery and essential space. As a result, they were able to provide very high-quality products to the consumers at an affordable rate.

“There are no sales and marketing costs involved; so that's the first differentiator that we created. Then we went ahead with social marketing rather than classical marketing. Our customer acquisition costs are only around 1/10 of other players and that allowed us the opportunity to grow the model fast with very little capital. Our third differentiator was that we kept a very limited set of SKUs. We covered 90 percent of the consumers' category basket but with only 2,000 SKUs. That made our operations as well as the customer experience very simple because they were not overwhelmed with a lot of selection,” explained Sourjyendu.

Additionally, DealShare offered customers a very localised experience. “Our languages are not just local in nature, but the tonality is also very local. We have content writers who belong to the local states and then the whole app experience was also made very simple for them to use. We also cut down on our fulfillment costs dramatically. We do the whole of fulfillment – both warehousing and last mile – at just 7-8 percent compared to other ecommerce players at over 20 percent,” Souryendu said, adding that these steps solved the affordability issue faced by customers and they could buy two items at the cost of one.

DealShare began its operations in Jaipur because the founders felt it was the right cusp between a highly urban metro city and a Tier II or Tier III city, while also being the city where the core team grew up. Sourjyendu believed that if they could make their model successful in Jaipur, it could be extended both ways - more urbanised places as well as semi-urban and rural places.

Another story that started in Jaipur was the Kotak Mahindra Bank partnership. The team has been working with Kotak Mahindra Bank since Day 1. “There is another unicorn CarDekho, which is run by our friends and classmates. So their prime banker was Kotak Mahindra, and that is how we got associated with them,” Sourjyendu reminisced.

The founder terms their three and a half years of partnership as strong, claiming that Kotak helped DealShare across all spheres and stages.

While the company has a billion dollars in revenue run rate and is a unicorn valued at two billion dollars already, Sourjyendu feels they have only hit 1 percent of their complete potential.

“Our biggest challenge is that we are trying to do things much differently than most of the modern ecommerce players. To do things differently, you need good people with good backgrounds. So you are taking people from the other ecommerce players who come with their own learnings. Now to change their work patterns to a new philosophy and still make them believe that this is a larger story in the making is the biggest challenge that we face as founders,” Sourjyendu said, adding that the journey is still interesting and a lot of fun.

While being a unicorn is a good milestone, it should just be a part of the journey. Sourjyendu believes that an entrepreneur should focus on the real problem that they are solving for the population. He added that the focus should be on what an entrepreneur is doing from morning to evening which is adding more value to the organisation. “Now if you keep on adding more value, you will definitely become a unicorn and then someday you'll become a decacorn, and maybe someday we will also see in Indian companies with a valuation of over 100 billion dollars. I think an entrepreneur should take pride and also have fun in the journey of value creation and we are all focused on that,” he revealed.