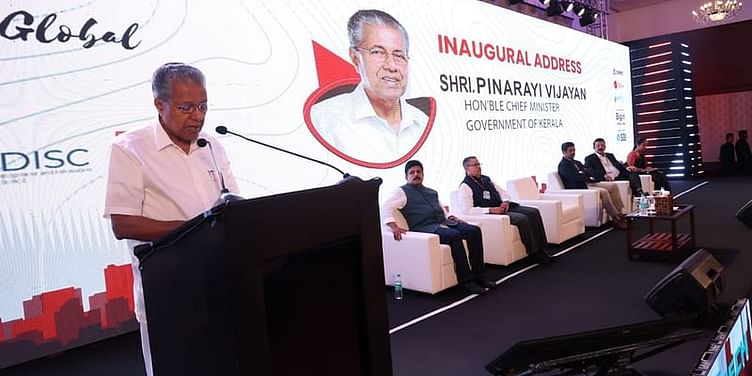 Kerala Chief Minister Pinarayi Vijayan assured his government’s full support to startups, which he said played a pivotal role in the state’s journey towards a knowledge economy.

The pace of new startup registrations in Kerala slowed down in 2021, according to a report released during the Kerala Startup Mission's Huddle Global event.

The report also mentioned that around 95% of all startups in Kerala were launched between 2016 and 2021, taking the total number of startups in the state to over 4,000.

It also stated that one of the major reasons behind this dip in Kerala and in the overall startup ecosystem are macroeconomic factors such as the COVID-19 pandemic, global economic slowdown, and an atmosphere of uncertainty.

Chief Minister Pinarayi Vijayan released the 5th Kerala Startup Ecosystem Report and also delivered the inaugural address at the two-day ‘Huddle Global’, Asia’s largest tech conclave organised by Kerala Startup Mission (KSUM) at The Leela Raviz, Kovalam. During the inauguration, he assured his government’s full support to startups, saying that they have a pivotal role to play in the state’s journey towards a knowledge economy.

CM Vijayan said an 'Emerging Technology Startup Hub' will be set up in the state capital to further strengthen incubation infrastructure and support innovation programmes.

He further added that a major initiative to connect tourism industry with startup ecosystem is in the offing.

“Kerala Government envisions to have 15,000 startups and two lakh jobs. This financial year alone the state has witnessed creation of one lakh small and medium enterprises”, he pointed out.

The report also highlighted that Kerala-based startups raised a total of $551 million since 2015, of which $535 million was raised between 2016 and the first half of 2022.

Fintech and SaaS (Enterprisetech) startups accounted for 66%—$364 million—of the investments since 2015.

It pointed out that growth-stage investments in Kerala-based startups surged 5x—from $19 million in 2018 to $96 million in 2021. But the seed stage deals make more than two-thirds of the total funding bagged.

This report was created in collaboration with Inc42.

Opportunities in the state

KSUM has introduced Innovation Grant (Rs 3 to Rs 15 lakh), Seed Fund Support (up to Rs 15 lakh), R&D grant (up to Rs 30 lakh), and KSUM Fund of Funds (Rs 715 crore), to name a few, to support the startup ecosystem. It also offers working capital without equity dilution.