Strong demand to boost revenue of food and grocery retailers by 15-20% in FY23: Report 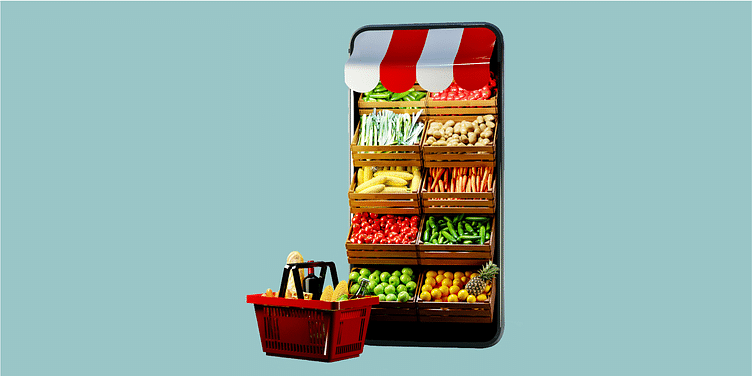 Increased footfalls aided by the lifting of restrictions, continued healthy demand for essential products and regular expansion of retail areas under operations are likely to boost revenue by 15-20%, Icra said in a report.

Continued strong demand for essential products and increasing retail presence of organised players is likely to boost revenue growth of Indian organised food and grocery (F&G) retailers by 15-20% in 2022-23, a report said on Thursday.

Increased footfalls aided by the lifting of restrictions, continued healthy demand for essential products, and regular expansion of retail areas under operations are likely to boost revenue by 15-20%, Icra said in a report.

However, due to inflationary pressures the operating profit margin (OPM) is likely to remain range-bound at 5-6% in FY23, which has also adversely impacted demand in the non-food category, it added.

Given the expectation of healthy revenues and steady earnings, the rating agency's outlook on the sector is stable.

GCC has potential to clock $70B energy-to-food sales by 2050: Report

"The F&G sector remained resilient during the Covid waves and reverted to the pre-Covid level of sales in the third quarter FY21 itself. Revenue growth since then has remained healthy. Demand for essential products remained strong in FY23 as well and is expected to surpass their pre-pandemic levels of FY20 by 36% in FY2023," Icra Vice President and Sector Head Sakshi Suneja said.

According to the Icra report, more than 90% of the total cost of F&G retailers comprises raw material cost or purchase of traded goods, given the dominance of food and staples in their revenue mix.

The share of non-food categories, commanding relatively better margins in the revenue mix, moderated to 22% in FY21 from 28% in FY19, amid intermittent restrictions on the sale of non-essential items, said the report.

Despite the lifting of restrictions, the share of non-food categories is yet to pick up and remained at lower than pre-pandemic levels at 23% in FY22 and in H1 FY23.

While this will impact the gross margins in FY23, the benefits of operating leverage stemming from the increase in revenues shall help offset this, leading to range-bound OPMs of 5.6-6%, similar to that seen in the pre-pandemic period, it stated.

F&G retailers expanded their retail area under operations by 40% during FY21 and FY22, led by strong demand during the pandemic as well as attractive rentals.

According to the report, retailers are expected to continue with their store expansion plans in FY23, driven by a healthy demand outlook.

Entities are likely to further increase their retail area by 15% in FY23, entailing a capital outlay of Rs 2,000 crore, the report said.

Retailers will also continue focusing on increasing online sales, the share of which is expected to increase to go up to 8% of revenues in FY23, compared with 4% in FY21, it said.

Retailers are also pursuing calibrated investments in this space to restrict cash burn.

"We expect brick-and-mortar stores to account for the majority of the retailers' revenues in the organised F&G sector. This is despite the heightened competition from quick commerce, which largely caters to unplanned or spontaneous purchases, and primarily impacts sales of kirana stores belonging to the unorganised segment," Icra Vice President and Co-Group Head Priyesh Ruparelia said.

Notwithstanding the large capex plans, entities are expected to remain adequately supported by strong balance sheets and healthy liquidity with Rs 1,600 crore of cash and liquid investment balances as on March 31, 2022, the Icra report stated.

Their credit metrics too would remain comfortable with the total debt-to-operating profit ratio expected to remain below 0.5 times for entities as on March 31, 2023.

The report stated that any adverse impact of new Covid waves in its base case has not been factored in.

While new Covid waves are unlikely to materially impact the operations of F&G retail entities, any prolonged restrictions on store operating hours or on sale of general merchandise will pose a downside risk to such retailers' financial performance, the report added.