Amid a slowdown in the startup ecosystem, the government’s push keeps it buoyant 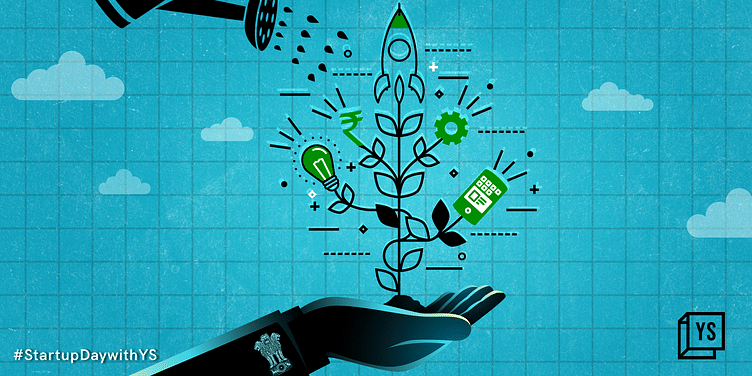 Armed with a thriving startup ecosystem, India is now eyeing a target of becoming a $5 trillion economy in 2024. Understanding the role of startups will be crucial to help India realise its goal.

The role of India's startups is crucial. Today, the country has the third largest startup ecosystem anywhere in the world, according to the Ministry of Commerce and Industry (MoCI).

The government's intent to build such a thriving ecosystem began about 6 years ago with the launch of the Startup India Initiative. In it, an action plan consisting of 19 actions were outlined—laying the foundation of government support, schemes, and incentives.

This bore fruit, with just over 84,000 startups being recognised in the country, data from MoCI showed. In part, this can be attributed to the rapid growth that the Indian startup ecosystem witnessed between 2015 and 2022.

The government’s push into the sector via its numerous schemes has not just pushed India’s startup ecosystem to grow further, it has also brought startup culture to different parts of the country.

Now, armed with a thriving startup ecosystem, India is now eyeing a target of becoming a $5 trillion economy in 2024. Understanding the role of startups will be crucial to help India realise its goal.

Sustained government eﬀorts, including its push through several programmes under the Startup India initiative, have not only resulted in the rise of the number of startups but also created lakhs of jobs in the country.

DPIIT-recognised startups have self-reported the creation of over 8.6 lakh direct jobs as on November 30, 2022, since the launch of Startup India, according to the MoCI.

To further boost growth, the government has proposed a slew of measures with the outlook to target different pain points within the startup ecosystem.

For instance, to give financial support and encourage private investment in startups using Alternate Investment Funds (AIFs) and incubators, the DPIIT established Startup India Seed Fund Scheme (SISFS) with a Rs 945 crore investment. SISFS will support an estimated 3,600 entrepreneurs through 300 incubators for four years starting from 2021-22.

Most recently in 2022, the government announced the rollout of the Digital India Startup Hub and launched the SETU - Supporting Entrepreneurs in Transformation and Upskilling programme to connect startups in India to US-based investors and startup ecosystem leaders, among others.

These are besides other measures like the Fund of Funds for Startups (FFS) Scheme, the Credit Guarantee Scheme for Startups (CGSS), Support for Intellectual Property Protection (SIPP), Income Tax exemption for three years, and National Startup Awards (NSA)—which look to supplement startup growth in the country.

To acknowledge the importance of startups, Prime Minister Narendra Modi declared January 16 as National Startup Day. “Our startups are changing the rules of the game. That's why I believe startups are going to be the backbone of new India,” PM Modi said, during a video conference in January last year.

Working in tandem with tech companies

The government is also working closely with large tech firms like Microsoft andGoogle.

“We are working hand in glove with industry associations such as Invest India, NASSCOM and TiE to first understand the challenges faced by startups in India and see how we could provide relevant platforms and solutions to address those challenges,” said Sangeeta Bavi, Executive Director- Digital Natives, Microsoft India, said.

Microsoft has onboarded startups across industries ranging from agriculture to IT/ITes onto the Microsoft for Startups Founder Hub programme with the assistance of Accelerating Growth of New India Innovations (AGNIi Mission), said Bavi.

Microsoft also partnered with the Indian Space Research Organisation to fuel the growth of spacetech startups in the country.

It also launched schemes like Startup Accelerator of MeitY for Product Innovation, Development and Growth (SAMRIDH), as part of its efforts to empower startup ventures to boost entrepreneurship, economic growth, and employment across the country.

"There is a real need to bring the best knowledge, expertise, and understanding of the technology ecosystem to India to strengthen digital capabilities that can open up access to services and digital innovation to all citizens at scale," says Paul Ravindranath G, Programme Manager, Developer Relations and Head of Google Accelerator at Google India.

In 2021, the ecosystem witnessed a boom where startups raised a record $42 billion in funding, as per Orios Ventures Partners.

Since then the scene has changed dramatically. Funding fell by 40% to $25 billion in 2022 particularly during the ongoing slowdown, a report by PwC found.

“As geopolitical developments and the probability of a global recession have made investors cautious, there is an urgent need to formulate enabling policies to boost investments in startups so that the sector can carry on with its growth momentum,” said Archana Khosla Burman, Founder Partner, Vertices Partners. “The government has been supporting the startup ecosystem to realise its growth potential, which is quite encouraging,” Archana added.

Despite the downturn, India’s emerging startup hub witnessed a 41% bump in funding in 2022. As India’s startup ecosystem matures, there are a number of startups looking into unmet needs in at least 56 other sectors, Invest India says.

Sectors like healthcare, education, the IT sector, services, and agriculture gained traction in 2022. This is while fintech, ecommerce, and enterprise technology topped the funding list.

Particularly in ecommerce, firms closed 310 deals and raised $4 billion in 2022, as per IBEF. This was also the same year that the government initiated the Open Network for Digital Commerce—a marketplace where sellers and buyers would be digitally visible and able to transact through an open network.

Startups in different sectors including fintech and healthtech are leveraging government-created stacks with services like United Payment Interface (UPI), Aadhaar card (for multiple authentication processes), and Digilocker (to store and sign documents electronically) to grow.

(The story was updated to add a quote.)